Biden Should Undo Trump's Support for the Saudi Blockade of Qatar 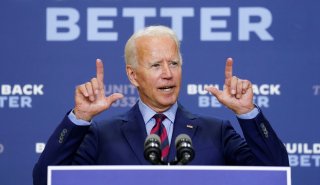 Three years ago this summer, Saudi Arabia, emboldened by Donald Trump, tried with all its non-military might to coerce Qatar, its next-door neighbor, to submit to Saudi’s will by imposing a blockade on Qatar. Qatar resisted, and in a case study of resilience, not merely survived Saudi’s attempted suffocation but thrived thanks to a whole-of-nation effort to adapt in the face of existential adversity.

Saudi Arabia’s animus toward Qatar is traceable to the Arab Spring of 2011 when pro-democracy demonstrations swept across the Arab world in response to repressive rulers and regimes. Saudi Arabia is one of those repressive regimes and its ruling family’s interest was—and remains—one of the regimes that without hesitations tries to crush opposition of any type. Saudi believed Qatar supported pro-democracy demonstrators during the Arab Spring uprisings and subsequently sought to punish Qatar but, up until the Trump administration, never went so far as to impose a blockade. That changed in 2017.

Today, Qatar continues to thrive despite the boycott and despite continued aggressive Saudi-led information warfare against it.

Qatar’s ability to adapt and thrive does not, however, lessen the significance of the boycott’s imposition and persistence for over three years. The Saudi-led boycott was and remains unjust and unjustified. What’s worse? It all was preventable.

Recall the May 2017 Riyadh Summit Trump attended, hosted by Saudi King Salman bin Abdulaziz Al Saud, just four months into Trump’s presidency. Trump not only chose Saudi Arabia as his first foreign trip, despite what doing so symbolized, but by word and deed demonstrated a dangerous degree of solidarity with two of the Arab world’s worst human rights violators. This was best depicted when Trump participated in and propagated a foolish image of world dominion in union with King Salman and Egypt’s President Abdel Fattah al-Sisi. Part of the problem, of course, is Trump perceives himself an entitled ruler above the law, whether that law is domestic or international, positive or normative, not unlike King Salman and President Sisi.

It thus came as no surprise when, days after the Riyadh Summit, Saudi Arabia’s belligerence toward Qatar intensified with the hacking of Qatar’s state news agency and posting false statements on behalf of Qatar praising Iran and criticizing U.S. foreign policy, followed by severing diplomatic ties with Qatar.

What followed was Saudi Arabia leading a coalition of Gulf states either submissive to, dependent on, or aligned with Saudi’s authoritarian system of governance. Riyadh had this coalition impose a blockade designed to strangle Qatar so that it could not breathe on its own as an independent nation-state. Trump promptly celebrated the blockade by tweet, supporting Saudi’s swift and self-serving moves against Qatar and even claiming credit for them based on his actions at the Riyadh Summit.

Trump’s support of Saudi’s aggression against Qatar was and remains shocking for many reasons, not least of which is the strength of the U.S.-Qatari alliance, which includes the vital Al Udeid Air Base located in and hosted by Qatar.

Al Udeid is the United States’ largest forward operating military base in the Middle East. It is from Al Udeid that one can look across the Persian Gulf toward Iran. The U.S. military presence at Al Udeid is critical to maintaining open shipping channels in the Persian Gulf free from Iranian interference, deterring Iranian aggression generally, and providing quick-strike capability in defense of Israel and against any of a number of hostile regional actors.

Trump’s early Middle East folly was troubling to those in his administration at the time who knew their way around the world and understood America’s role in it. But Secretary of State Rex Tillerson and Secretary of Defense James Mattis could do little more than prevent an all-out Saudi-led military invasion of Qatar across Saudi’s southeastern land border, which happens to be peninsular Qatar’s only land border.

The United States could have prevented the blockade in the first instance and, once imposed, could have forced its immediate end, but Trump chose not to do either.

One of the first Middle East moves the Biden administration should make is to publicly call upon Saudi Arabia to end the boycott immediately, backed by an intention to take the matter before the United Nations Security Council if necessary.

Such a move should be part of a broader global restoration of the primacy of the rule of law and democratic principles and an explicit rejection of the permissive global environment Trump created for lawless rulers to act on their totalitarian tendencies without fear of consequences.

By seizing upon an early opportunity to right a wrong rooted in a dispute over the development of democracy in the Middle East, the Biden administration can draw a sharp contrast between the past and the future and begin creating the type of permissive environment people everywhere desire—freedom from repression and corruption, protected by the rule of law.

Christopher J. Hunter is a Nonresident Senior Fellow with the Atlantic Council, Scowcroft Center for Strategy and Security. He previously served in the United States Department of Justice during both Republican and Democratic administrations.