Big Tech is Facilitating Jihad Against America and Israel 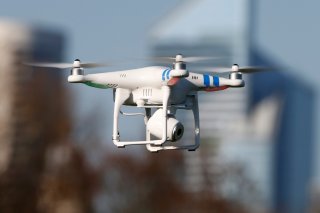 Over the past several years, Big Tech has clearly revealed itself to be an existential threat to the American way of life. By booting citizens from its social media platforms, let alone often without warning or recourse, it has quashed freedom of expression—possibly the freedom most essential to our democracy. And through the nefarious practices of shadow bans and demonetization, Big Tech has deprived Americans of the ability to earn a livelihood and, thus, pursue happiness.

At the same time, quietly but increasingly, Big Tech—the handful of U.S.-based corporations that make up the Silicon Valley cartel—has been taking its ideological war against America abroad. Now its hypocrisy and cravenness—and arguably its treason, too—has been exposed during this latest outbreak of carnage against Israel.

For the entire world to see, Big Tech offers forums to extremists and genocidal leaders, fueling radicalization and inciting violence. But it’s likely that Big Tech has also been selling hardware that’s been used by our sworn enemies for death and destruction.

I spent most of 2017 in Iraq assisting the coalition effort to expel ISIS from Mosul. Weaponized drones constituted perhaps the greatest threat U.S. soldiers and Iraqi counterparts faced on the battlefield. The drones were used by the Islamic State to drop bombs on us from above.

Lo and behold, the drones we identified and recovered were not make-shift flyers. They were commercial drones, like the popular DJI Phantom, which was then and remains available on Amazon. Air Force Colonel John Dorrian noted that this was the case back in 2016. Through AmazonGlobal, Amazon ships products to, among other countries in the Middle East, Jordan and Saudi Arabia, both of which border Iraq.

Also while serving abroad, my Iraqi counterparts showed me that ISIS jihadists were mainly using Facebook’s two end-to-end encrypted messaging apps, Messenger and WhatsApp, as their primary means of communication to plan and coordinate attacks. Like the use of commercial drones available on Amazon, this has also been affirmed by the media.

What’s happening in the Middle East right now must finally raise intense scrutiny about Big Tech’s collusion in the bloodshed.

Hamas has used, in addition to hundreds of deadly Qassam rockets, “kamikaze” drones loaded with explosives to attack Israel. So far, they seem to be knock-offs of Iran’s HESA Ababil “Swallow” drone. But it’s not inconceivable that Hamas has or will soon try to emulate ISIS by using commercial drones. AmazonGlobal also ships to Egypt, which borders Gaza, and, again, Jordan, which borders the West Bank.

Radical Islam’s brutality is extending beyond physical means to words. On Twitter, Iran’s Foreign Minister is spreading lies about Israel, Iran’s Ayatollah is calling for jihad against the Jewish state, and Hamas’ head is demanding that “rocks” and “rockets” be used to “save Palestine.”

Big Tech’s duplicity is stunningly apparent and enraging. Amazon kicked Parler off of its servers, claiming that the social-networking service was responsible for inciting violence. Twitter and Facebook similarly ousted countless citizens, including a sitting president of the United States, for violating their policies on hateful conduct.

What excuse could Big Tech possibly concoct to justify its blatant double standard? The average American citizen connected to the events of January 6, even if genuinely responsible for “inciting violence,” has considerably less influence than the head of Hamas or Iran’s Supreme Leader and Foreign Minister. And let’s not forget that Hamas is a Foreign Terrorist Organization and Iran is one of four countries designated a State Sponsor of Terrorism.

Maybe Big Tech has adopted the Left’s racist belief that Americans––or, in this case, Israelis—are more “enlightened” than Muslims and, therefore, should be held to a higher standard of morality. This is akin to what President George W. Bush described as the “soft bigotry of low expectations.”

Or maybe Big Tech is irredeemably partisan and despises Western civilization and, therefore, wishes to harm America and our closest allies. The answer is probably some combination of all the above.

There’s no doubt, however, that Big Tech is complicit in endangering the lives of U.S. soldiers, not to mention members of the Israel Defense Forces and Israeli and Arab civilians. The question is in how many respects and to what degree.

Twitter and Facebook continue to platform anti-American and anti-Semitic voices with long track records of supporting inciting violence. Why is this systemic bigotry and inducement to savagery permitted given the companies’ own policies against “hate,” let alone the U.S. government’s terror designations?

What safeguards have Amazon put in place to ensure that specific products well known to be used as weapons against our men and women in uniform and our allies aren’t being sold in areas notorious for trafficking into warzones?

President Joe Biden has been asleep at the wheel since taking office. As a result, in about 120 days, multiple crises have arisen. He now has the opportunity to rise from his slumber and answer a patriotic call to duty by ordering the Executive Branch agencies to look into the stunningly unpatriotic behavior of Big Tech. From my time in uniform, I personally attest that the lives of Americans and our allies depend upon it.

Aron Wagner is COO of RightForge, a full-service technology infrastructure company dedicated to keeping America connected and free. He served in the 82nd Airborne Division in Iraq.