A Call to Arms: Why the CIA Needs to Play a New Role in the Middle East 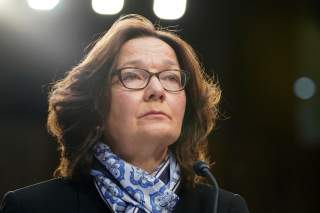 Since President Donald Trump has announced plans to withdraw U.S. troops in Syria, Iraq, and Afghanistan in the months before the November 2020 elections, he will soon face an existential question: Does he want those nations to descend into chaos or to secure an orderly peace by reimagining the role of the CIA?

While the public sees the CIA as a collection of secret agents and analysts, in reality, that agency has long played a vital role in diplomacy and military matters, including targeting airstrikes. Its paramilitary forces, often working alongside U.S. special forces, have organized tribal attacks on the Taliban in Afghanistan, on Al Qaeda in Iraq, and on ISIS in Syria.

In each of those three theaters, the CIA’s role should be reconsidered and broadened.

Afghanistan is as corrupted by the drug economy as Mexico. It is the fourth most corrupt nation, according to Transparency International. Afghan heroin growers, smugglers and militias work directly with the Iranian Revolutionary Guard to move drugs into Central Asia and on to Europe. The CIA has already mapped the routes and identified the key players. It needs to work with special forces to disrupt drug smuggling, which provides the funds that keep the Taliban at war.

The CIA could also play a key role in the Afghan peace talks being led by Zalmay Khalilzad. CIA-backed militias range across Afghanistan and assist Kabul and Washington in finding and bombing insurgent camps, supply lines and combat leaders. These militias are also an essential source of human intelligence, ground forces who move among villagers and learn about emergent leaders, identify arms caches, and uncover future enemy strikes plans. Without these CIA-directed local militias, Afghanistan would quickly re-emerge as a base for international terrorists capable of striking America and its NATO allies.

Depending on the Afghan Army to secure the peace is a mistake; that army is now bedeviled by a rash of desertions and absences that are roughly equivalent to the Army of the Republic of Vietnam near the end of the Vietnam War. The National Police are hardly in better shape. Given the weakness of Afghanistan’s security apparatus, the CIA is needed to permanently deny safe havens to terrorist bands with global reach.

It would be a strategic mistake to focus solely on bringing the Taliban to the peace table. The Afghan peace talks should be extended to include Pakistan, Saudi Arabia, and the United Arab Emirates, each of which has played a role in funding and directing militants in Afghanistan since the 1980s. The CIA already knows the players and could help forge a durable agreement. Without the CIA, the war would likely continue with the support of these rich nations—creating a space for terrorists to hide and grow amid the chaos. Thus, the CIA plays an important role: it ensures that other nations do not fuel another chapter of war in Afghanistan’s tragic history.

Moving to Iraq, we see a more modern country that is riven by religious, political and financial factions. Iran has directly funded Iraqi parties and politicians, while its drug-running mafias virtually rule Iraq’s southern city of Basra. The CIA needs to provide intelligence exposing the parties controlled by Iran and help the beleaguered Iraqi government root out Iran’s influence. Equally important: Rooting out Iran’s allies among Iraqi institutions, including its military, police and intelligence agencies. Iraq also needs help in tracing financing for terrorists, which the CIA is well-positioned to provide. ISIS also remains a threat to Iraq’s Western frontier. The Central Intelligence Agency has become very skilled in driving back ISIS in the past three years and could aid Iraq in its efforts to free itself from this well-organized menace.

Iraq has relatively effective civil service, modern infrastructure and the oil revenues to repair itself. The CIA’s history of engagement with Iraq since 2003 can enable that nation to succeed in the face of enormous security and economic challenges that are now fueling street demonstrations.

Syria. American media coverage has portrayed the Kurds as a single unified group that is shocked by the betrayal of U.S. withdrawal and Turkish incursions. In reality, the Kurds are composed of pro- and anti-American factions, the latter of which have murdered dozens of Turkish police and security officials in the Kurdish-dominated region of Eastern Turkey and then fled to Syrian regions controlled by other Kurds. A handful of Kurdish factions are working with Iran and its terrorist proxies. The CIA has been working with the Kurds since the early 1990s; it is well-acquainted with the personalities and divisions am0ng Kurdish leaders. It could assemble a Kurdish coalition that is free from anti-Turkish or pro-Iran leaders and help it succeed in vanquishing ISIS in Syria and beyond. The task is immense: ISIS still has some fifteen thousand to thirty thousand fighters in the Iraq-Syria battlespace, according to U.S. government estimates. This is a job that only the agency is positioned to tackle.

Finally, the CIA should be asked to help broaden support for Jared Kushner’s Middle East peace plan. Trump’s adviser aims to resurrect the peace process with a simple, new idea: both young Israelis and Palestinians want jobs, safety and hope. Kushner’s plan is worth trying. No one else is making a serious effort to better the lives of Palestinians. Again, the agency has an unparalleled reach of relationships across the region.

Putting the CIA to work combatting terrorism, and drug scourge that fuels it, would save Afghan, Iraqi, Syrian, Palestinian and, ultimately, American lives.