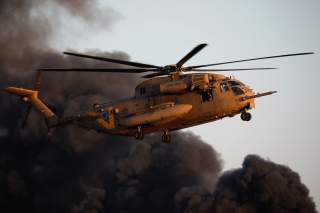 Achieving peace is harder than waging war because it requires others to consent whereas war can be a unilateral act. Recently, Israel assassinated the Islamic Jihad leader in Gaza, Bahaa Abu al-Ata. It marks a change in strategy.

In the past Israel acted in the belief that it was better to deal with the devil you know, that is to say the leader of a terrorist organization, and to wait until he was ready to negotiate peace. For example Yasser Arafat of the PLO. The assassination of Islamic Jihad leader Bahaa Abu al-Ata indicates that Israel is following the United States’ policy and practices, that of targeted killings. Behind the change in policy and practice is a sense that peace hasn’t been achieved by waiting and even in signing international treaties.

This year Israel’s marks twenty-five years of a peace treaty with its eastern neighbor, Jordan. It was signed sixteen years after a Peace Treaty was signed with its southern neighbor, Egypt. The two treaties have similarities and differences.

The most prominent similarity is the recognition of the Jewish state of Israel by a neighboring Muslim state and the end of a state of war. Next down the list of similarities are those that few wish to proclaim at any anniversary ceremony. Both treaties saw the assassination of one of its signatories by its own citizens. Egyptian president Anwar Sadat was gunned down a few years after signing the treaty with Israel and so, too, was Israeli prime minister Yitzchak Rabin a year after signing the treaty with Jordan.

Both treaties were brokered with financial assistance as a significant incentive by a Democratic president in the American White House, respectively President Jimmy Carter for the treaty with Egypt and President Bill Clinton for the treaty with Jordan. Both Egypt and Jordan had occupied the territory between 1947–1967 that the United Nations on November 29, 1947, had declared would be the State of Palestine thereby preventing its creation.

In the peace treaties with Israel, both Egypt and Jordan insisted on taking back territory conquered by Israel in the Six-Day War of 1967 waged between Israel, Egypt, Jordan, and others. Egypt, the Sinai Peninsula, and Jordan recently received the Naharayim Park region, both with glee.

Yet, both Egypt and Jordan have refused to actively assist in the regional Middle East peace processes of the territory they didn’t take back, Gaza and the West Bank. Neither Egypt nor Jordan have taken any measures either from 1947–1967 or after signing the treaties with Israel to assist in the creation of a State of Palestine.

Neither has stepped in to assist in handling Islamic fundamentalism and terrorist activities in Gaza and the West Bank although both are actively involved elsewhere in doing so, for example in Syria. To be sure the often referred to Occupied West Bank was so named because it was the West Bank of the river Jordan section of the Kingdom of Jordan to differentiate it from the east bank section of the same river and the same Kingdom. The reasons can be summed up as a state and its leader will only act in their own interests, that being a Machiavellian or Realpolitik/Realist view of the world.

The differences between the peace treaty between Israel and Egypt and between Israel and Jordan are also those that few wish to proclaim at any anniversary ceremony. The focus of the treaty with Egypt was security and with Jordan was economics. This year forty-one years after the signing of a peace treaty with Egypt for security reasons it could at best be viewed as a state of cold peace or no-war and dependent on who is running Egypt. And that has had its ups and downs during the Arab Spring changes of leadership in Egypt since 2011. There is little if any interaction between the populations of the two states.

This year twenty-five years after the signing of a peace treaty with Jordan for economic reasons it could at best be viewed as a state of sole traders. Less than 1 percent of Israel’s imports come from its eastern neighbor at around $80 million each year. Exports are five times as much but 80 percent of those go on to third states, primarily in the Persian Gulf.

Shared infrastructure envisaged in the treaty hasn’t materialized. For example, the Israeli port city of Eilat on the Red Sea borders with the Jordanian port city of Aqaba. Preserving 230 Israeli jobs in Eilat has prevented Israel from using the Jordan port. Similarly, Jordan doesn’t use Eilat’s airport. The most successful venture is the daily commute of two thousand Jordanians to work in Eilat’s tourist hotels. Israel’s unemployment rate stands at 4.7 percent but Jordan doesn’t reciprocate such employment. The railway link between Jordan and Israel has not been connected, with a mere ten-kilometer gap. So, Jordan doesn’t use Israel’s Mediterranean port of Haifa. Similarly, electricity grids that could share power to the advantage of the environment are not connected.

Recently, Israel marked more publicly the assassination of Rabin than the peace treaty with Jordan. And then out of frustration assassinated the leader of the Islamic Jihad in Gaza. Recently Jordan marked the peace treaty by returning it’s ambassador to Tel Aviv after having recalled him because Jordanian citizens had been imprisoned in Israel. Israel’s ambassadors to Egypt and Jordan spend more time in Israel than there due to security risks at their embassies.

Such observations are not encouraging for those who wish to further existing peace treaties or sign new ones in the Middle East be they in Israel, in Egypt that borders with Gaza, in Jordan that borders with the West Bank, the Palestinians in Gaza, the West Bank and elsewhere and indeed in the White House. Only time will tell if targeted killings, or assassinations, is a better means. To be sure, the Islamic Jihad in Gaza has responded to the killing of its leader in Gaza, Bahaa Abu al-Ata, by firing hundreds of rockets into Israel. Yet, Israel is clearly frustrated by a lack of progress at the negotiation table, so assassinating for Middle East peace may be its new method for the moment.

So, I will suggest a third alternative to that of assassinations and international treaties. I suggest that the only foreseeable way forward for peace in the Middle East is by the man in the street who is engaged in daily activities, as said: “bottom-up from society and not top-down by governments or armies.”

Dr. Glen Segell is a research fellow at the Ezri Center for Iran & Persian Gulf Studies, University of Haifa.