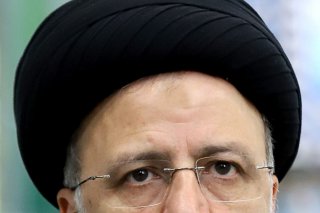 Men of the cloth are no strangers to the levers of power in Iran, especially the office of the presidency. Ebrahim Raisi, the sixty-year-old mid-ranking cleric who is now president-elect, or better put, president-select, will be the first in the history of the Islamic Republic to make the lateral move from the judiciary, which he led since 2019, to the presidency. He will also be the first Iranian president under U.S. sanctions.

But that could soon change, especially if what Iranian officials are saying about sanctions relief, having been agreed upon for Supreme Leader Ali Khamenei’s inner circle, of which Raisi is one, holds true. Should past become prologue, then there are legitimate concerns about the United States potentially removing Raisi from its sanctions lists amid talks to resurrect the 2015 nuclear deal known as the Joint Comprehensive Plan of Action (JCPOA).

Raisi, a failed presidential contender in 2017, has held various positions in Iran’s legal system for most of his life. Prior to becoming chief justice, Raisi served for three years as the head of a major parastatal organization fronting as a charity but functioning as a veritable slush fund for the country’s supreme leader, Ali Khamenei.

But it was in the late 1980s that Raisi cemented his revolutionary bona fides in what is now termed the “1988 prison massacre.” At the age of twenty-eight, Raisi was one of four judges implementing two Fatwas by Ayatollah Ruhollah Khomeini, the founding father of the Islamic Republic, against political prisoners. The result was the killing of an estimated 5,000 inmates already serving lesser sentences. Their killing was not only grotesque and immoral, it was extrajudicial, even by the Islamic Republic’s standards.

Yet, when the Trump administration’s Treasury Department designated Raisi in 2019, they did so because he had been elevated by Khamenei to chief justice. Under the relatively new Executive Order 13867, the United States retains broad authority to target the Supreme Leader’s office and network of appointees. While the Treasury Department’s press release explicitly mentioned Raisi’s abuses, he was not designated under relevant human rights authorities at the time.

Human rights organizations have been busy ringing the alarm bell about what a Raisi presidency could mean and are calling for an investigation into his past. But there are new, equally important sanctions-related concerns stemming from both the latest game of musical chairs in Tehran and nuclear negotiations in Vienna.

The Biden administration is reportedly seeking to capitalize on the current lame-duck period of outgoing Iranian President Hassan Rouhani to return to the JCPOA before Raisi and his new assumedly hardline cabinet come into office this August. Already, the Biden administration is taking an expansive view of sanctions relief and even hinted at a willingness to remove non-nuclear sanctions under the auspices of some being “inconsistent with the deal.” Nonetheless, challenges remain.

This is where Executive Order 13867 comes in. Not only have Iranian officials called for lifting all nuclear and non-nuclear sanctions, but they have also purportedly sought the termination of this entire executive order. Reports indicate that the Biden administration is considering this request. Yet revoking the order curbs Washington’s ability to hold to account those closest to, or supported by, Iran’s most powerful person. It would also render Raisi, a major rights violator, sanctions-free.

Retaining the order would signal to other aggressive and repressive powers like Russia, China, and North Korea that the United States can align strategic and moral considerations in its foreign policy. Removing it would frame U.S. strategy and values as something that can be pitted against one other to the benefit of America’s authoritarian adversaries.

We’ve seen this movie before.

When the JCPOA went into effect in January 2016, the United States removed a tranche of persons and entities from its sanctions list and enabled non-U.S. trade with select firms to include a 90-plus billion-dollar empire of companies tied to Iran’s supreme leader. The holding company, which is known by its English-language acronym, EIKO, established its early fortunes “on the systematic seizure of thousands of properties belonging to ordinary Iranians,” according to a Reuters investigation. EIKO was initially designated by the Treasury Department in 2013 for working “on behalf of the Iranian Government” as well as working “in various sectors of the Iranian economy and around the world, generating billions of dollars in profits for the Iranian regime each year.”

Notably, there was no credible justification for offering EIKO sanctions relief under the auspices of the JCPOA other than the desire to covet goodwill with Khamenei to see the deal through. Fast forward to 2021 and the Biden administration risks making the same mistake of believing that in order to engage in nuclear diplomacy with Iran they must first cater to Tehran’s top kleptocrat.

There is no doubt that Washington has sufficient anti-corruption and human rights laws in place—such as Global Magnitsky Act authorities—to redesignate Raisi for his crimes in the face of such a concession. However, analysts revealed that Washington’s rhetoric on redesignating Raisi has been, at best, confusing, given its emphasis on punishing future, rather than past, egregious rights violations.

Still, sanctions proponents must be careful what they wish for. Redesignating Raisi in exchange for losing Executive Order 13867 and paying in sanctions relief for the waning JCPOA would be missing the forest through the trees and a political shield to facilitate JCPOA reentry. After all, what good does it do to feign accountability over Raisi but offer impunity and financial access to a regime that has employed and promoted men like Raisi to the heights of political power?

Behnam Ben Taleblu is a senior fellow at the Foundation for Defense of Democracies (FDD) where he focuses on Iranian political and security issues.