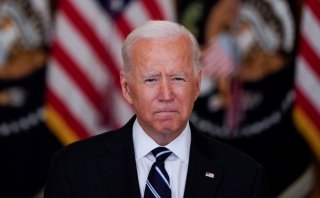 Analysts and observers have advanced many theories to explain the Taliban victory in Afghanistan and the mind-bogglingly sudden collapse of the Kabul government with its army trained and equipped by the United States. Some of these explanations underscore acts of omission and commission on the part of the United States. Others emphasize the shortfalls of Afghan leaders, especially their inability to work together and the endemic corruption within the system presided over by the Kabul government after the overthrow of the Taliban in 2001-2002.

The most important among the first set of explanations is Washington’s decision to invade Iraq. This had several implications for American involvement in Afghanistan. The first was the diversion of American resources in terms of money and personnel that could have been utilized in Afghanistan to better effect. In short, Washington drastically downgraded Afghanistan’s importance in its foreign policy priorities once it decided to overthrow Saddam Hussein, which it did on the pretext that he possessed nuclear weapons and was implicated in the Al Qaeda attack on the United States. Both these claims turned out to be false but the Bush administration had become so much of a captive of its narrative that it ended up totally destroying Iraq’s state capacity and thus unleashing unprecedented chaos, mayhem, and sectarian strife in the country from which Iraq has yet to recover.

Equally importantly, America’s Iraqi misadventure provided fertile ground for jihadist elements—many of them veterans of the Afghan “jihad,”—to ingather in Iraq when they were being forced out of Afghanistan. Thus created an even greater terrorist threat than that Al Qaeda had ever posed. It likewise culminated in the emergence of ISIS and the creation of the Islamic State in large areas of Syria and Iraq. These countries then became the epicenter of international terrorist activities while tearing apart the social fabric of these fragile states. Afghanistan was thus put on the backburner and the corrupt Afghan ruling elite was left unhindered to pursue its old game of inter-ethnic and inter-tribal strife while mayhem raged in Iraq and Syria.

The second set of explanations emphasizes exactly this fact: the ineptness and the endemically corrupt nature of the Afghan political class that led to the delegitimizing of the Kabul regime and its inability to cope with the threat of a resurgent Taliban. The rot was hidden from public view for a time because the United States, despite its preoccupation with Iraq, funneled $3 trillion into the Afghan economy, enough to buy off many of the contenders for power for close to two decades. However,  the system eventually collapsed under the weight of its own venality and incompetence.

An additional explanatory theory singles out the role of Pakistan in supporting various factions of the Taliban, especially the Quetta Shura and the Haqqani Network for two decades following the overthrow of the Taliban regime in 2001. Islamabad, during this entire period, was simultaneously running with the hare and hunting with the hound. On the one hand, it appeared to cooperate with the United States in its “war on terror” allowing supplies to American and allied troops pass through Pakistan into Afghanistan and coordinating intelligence with Washington. On the other, it gave shelter to the Taliban leadership in Pakistan. Its Inter-Services Intelligence continued to funnel funds and arms to Taliban fighters fighting the Kabul government and the foreign forces supporting it. Pakistan was interested in furthering its own objectives in Afghanistan related to its continuing rivalry with India. It considers a government in Kabul beholden to Islamabad to be an essential ingredient of its “defense in depth” strategy and sees Afghanistan as a convenient training ground for terrorist groups that it can unleash in India-administered Kashmir. Several observers believe that Pakistan’s clandestine support was extremely important for the Taliban’s ability to fight both the Afghan government and foreign forces in Afghanistan.

All these explanations are valid as far as they go but they miss the essential element that brought all these threads together and led to the dramatic return of the Taliban to power. This element, often neglected in analyses of the Taliban victory, was the combination of patriotism—in the form of resistance to foreign occupation—and a religious ideology that drove such resistance. Taken together they formed the catalyst for the Taliban’s staying power and eventual victory.

The history of Afghanistan, especially of the dominant ethnic group the Pashtuns, is replete with two contradictory trajectories. The first is inter-tribal feuding and the second is fierce resistance to foreign intervention and occupation prompted by a messianic ideology (in this case, Islam which, in its Pashtun variant, permeates almost all aspects of Afghan life). The first has played out in the prevalence of constant strife that has precluded the building of a strong state. The second has led to Afghanistan becoming the graveyard of multiple imperial ambitions as the Mughals, the British, and the Russians discovered to their great cost. Now it has been the turn of the Americans to learn the same lesson.

The dependence on foreign support was the Achilles heel of the Kabul government and led it to lose legitimacy in the eyes of large segments of the Afghan population. The Taliban were fighting for their homeland and for a cause they held dear.

The Afghan army, despite or because of the $88 billion dollars spent by the United States on shoring up its capabilities and paying its soldiers, had turned into a mercenary force. Once Washington set a deadline for withdrawal and American aid started drying up, Afghan soldiers lost the will to fight because they had never considered the Kabul government’s cause as their own.

The real parallel between Vietnam and Afghanistan is not the precipitate falls of Saigon and Kabul and the human tragedies accompanying them. The real lesson of both cases is that a combination of patriotism and messianic ideology wins out in the end over foreign-supported forces, no matter how much arms and money are pumped into the war effort by external powers.

Mohammed Ayoob is University Distinguished Professor Emeritus of International Relations, Michigan State University, and a senior fellow at the Center for Global Policy. His books include The Many Faces of Political Islam and, most recently, Will the Middle East Implode, and he is the editor of Assessing the War on Terror.