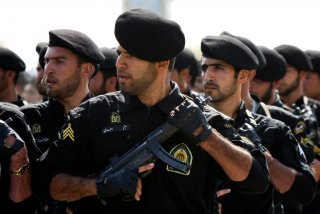 In its first months in office, the Biden administration has signaled its eagerness to rejoin the Joint Comprehensive Plan of Action (JCPOA), also known as the Iran nuclear deal. This would be a mistake. For years, pundits have warned that Iran is on the brink of a nuclear breakout that can only be prevented through diplomatic concessions to Tehran. These fears have never come to fruition, but the threat of Iranian nuclear proliferation has routinely led Washington down the path of appeasing Iran—most notably through the Obama administration’s nuclear deal. While a nuclear Iran would be a catastrophic threat to American interests, overfocusing on the nuclear issue risks blinding policymakers to more immediate concerns such as missile proliferation, terrorism, and human rights.

It is important to recognize that the Middle East of today is drastically different from the Middle East of 2015, when the JCPOA was originally implemented. Iran has experienced five years of turmoil that has left the regime weaker than ever. Multiple waves of anti-government uprisings in 2018, 2019, and 2020 have left the ruling mullahs shaken to the core and uncertain about their ability to hold on to power.

Regional dynamics have also pitted the Islamic Republic in a corner. From Lebanon to Iraq, hundreds of thousands of protesters have taken to the streets demanding that the Iranian regime stays out of their country’s affairs. The loss of political influence in neighboring countries is particularly damaging for Iran, which derives its legitimacy in part from regional hegemony. The Abraham Accords between Israel, the UAE, and Bahrain also indicate the formation of a new alliance in the Middle East against the Islamic Republic.

The regime’s strategic losses have been compounded by a choking sanctions wall that has intensified the economic freefall in the country. The combination of economic troubles, internal unrest, and regional setbacks have left the mullahs scrambling for a lifeline before they face inevitable downfall at the behest of their people’s calls for democracy.

Fortunately, this state of vulnerability gives the Biden administration a great deal of leverage to maintain pressure on Iran until the regime is forced to either negotiate a better deal or capitulate to internal pressures for reform. This sentiment was recently echoed in a letter from dissidents inside Iran, who urged the administration to “maintain maximum political, diplomatic, and financial pressure on the regime.”

It would be a betrayal of the United States’ commitment to human rights and global stability for the Biden administration to squander its leverage by returning to a myopic Iran policy based solely on the nuclear issue. The Iran dilemma is multifaceted, spanning human rights, missile proliferation, regional meddling, and state-sponsored terrorism. If the Biden administration seeks to resolve the forty-year nightmare of the Islamic Republic, it must address all of these threats, not just the nuclear program.

Secretary of State Antony Blinken has explained that the administration seeks to “lengthen and strengthen” the JCPOA. This strategy relies on the belief that returning to the deal is a precursor to expanding restrictions on Iran. The problem with this approach is that once Tehran achieves sanctions relief through an American return to the JCPOA, they will have no incentive to negotiate on other issues. That is, unless the United States addresses Iranian terrorism, human rights abuses, and regional aggression together, we will lose the leverage to force Iranian concessions later down the line.

This tradeoff was evident in the original JCPOA negotiations. While the United States and our European allies were busy negotiating over Iran’s nuclear program, the Islamic Revolutionary Guard Corps was escalating its military aid to the Assad regime in Syria as it slaughtered half a million Syrian civilians. This military escalation was enabled in part by American and European leaders who did not want to risk derailing nuclear negotiations by criticizing or combatting Iran’s regional ambitions. The United States cannot risk repeating these mistakes.

At a time when regional power dynamics are slowly mobilizing against Iranian hegemony, it is crucial that the Biden administration not let the nuclear issue distract from serious concerns over Iran’s ruthless human rights record and regional expansion.

The Islamic Republic is currently faced with two choices. They can either come to the negotiating table ready to accept American demands for moderation; or they can continue acting as a rogue nation until they crumble under the pressure of economic sanctions, diplomatic isolation, and domestic unrest.

As the mullahs’ outlook becomes increasingly bleak, they will intensify their nuclear blackmail in hopes that the United States will concede out of fear of nuclear breakout. The Biden administration should remain steadfast in its resolve and not let the mafia-style diplomacy of a murderous regime dictate America’s decision to return to a flawed deal. By maintaining a strong posture towards Iran, the administration can restore faith in America’s commitment to democracy and help orchestrate a more peaceful balance of power in the Middle East.

Seena Saiedian is an Iranian-American writer and human rights advocate from Overland Park, Kansas. He is currently a student at the University of California – Berkeley. Follow him on Twitter @seena_ir