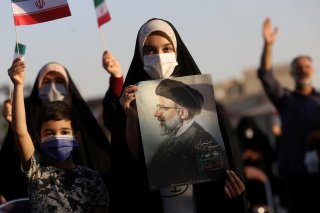 That the next Iranian president is one of the world’s most evil figures is hardly news by now. A day after Ebrahim Raisi’s victory in Iran’s undemocratic “elections,” headlines around the world zeroed in on his past crimes against humanity. But there has been less analysis about the meaning of his ascent for Iran’s future. The international community must prepare to prevent another series of humanitarian catastrophes in Iran.

Leading global human rights body Amnesty International has documented Raisi’s role in the 1988 massacre of at least 30,000 political prisoners. Acclaimed human rights jurist Geoffrey Robertson has called the massacre “one of the greatest crimes against humanity since the Second World War.” And the United Nation’s top official on Iran this week called for an international probe. So, why are U.S. authorities silent about this egregious case of human rights violation?

Without a question, Raisi is the personification of a callous dictatorship that spares no effort to eradicate its opposition. He has been summoned to escalate the brutal suppression that began in earnest since the 1980s when the regime usurped power.

But the tides of popular opposition have hardly subsided since then. In fact, today, resentment toward the regime is at an all-time high. The regime’s power and legitimacy are at an all-time low. Case in point is the abysmally low turnout during the June 18 presidential election, which was massively boycotted by the Iranian people.

An unrelenting surge in economic and social grievances is morphing into political demands and rapidly coalescing around a core appeal: regime change.

Faced with this crisis, Supreme Leader Ali Khamenei has run out of options. He can neither meet the people’s demands nor moderate his regime’s behavior. To stay in power, he simply has to resort to violence and murder.

The West should clue in. By purging rival factions, Khamenei has also extinguished any dithering semblance of moderation, which for so long animated Western expectations of the regime’s future and fooled them into granting Tehran concession after concession.

During the June presidential election, the candidate of the so-called “moderates” or “reformers,” Abdolnaser Hemmati, got fewer votes than the number of void protest ballots. The popular rejection of the moderates as cronies of the regime marked an end to a deceptive journey that only served to prolong the regime’s rule. Now, the chants on the streets are: “Reformers, hardliners, the game is over.”

There are two trends that will define the future for Iran: First, the people’s defiance against the regime will intensify because profound crises that have produced real hardships will continue to multiply.

Second, the regime’s answer to mass protests will be mass murder.

Battle lines are drawn. Two opposing camps are facing off. On the one side, the Iranian people are uniting against the entire regime and around a common cause: namely, a democratic republic that would be accountable to them, not an unelected monarch or a mullah.

On the other side of the battlefield, the regime is bracing for an all-out war against the people and the international community. Facing the real prospect of being overthrown by mass uprisings, the regime has installed a ruthless functionary to eradicate all dissent.

The Iranian people are doing their part. In addition to protests inside Iran, an international virtual gathering of tens of thousands of Iranians is scheduled to take place on July 10. More than 1,000 prominent dignitaries and human rights advocates from around the world will join them to support a free Iran and a future shaped by democracy, a pluralistic and non-nuclear republic, gender equality, respect for international laws, adherence to human rights, and contribution to world peace.

Raisi is already on the U.S. list of sanctioned human rights violators. So, here is the Biden administration’s chance to make an example of its declared human rights agenda. Prevention of human catastrophes in Iran should be high up on its list of priorities. A rule-based international order will be severely damaged if international criminals like Raisi are given space to operate freely.

Washington should loudly declare its support for the Iranian people as they struggle to overthrow the regime and to establish a secular, free, and non-nuclear republic.

The broader international community failed to prevent the 1988 massacre. But it now has a choice. It can either appease the regime of murderers and remain silent and passive as the mullahs gear up to kill more innocent protesters.

Or it can take the moral high ground, launch an international investigation into the 1988 killings, call for Raisi’s prosecution at an international tribunal, and warn the regime that the commission of atrocities in the future will have consequences. Tehran’s criminal impunity must end lest it use it to commit more preventable massacres in the future.