Ennahda Is Not the Answer to Tunisia’s Political Crisis 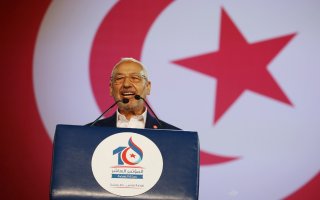 Tunisia’s president ousted top government officials and suspended parliament on July 26, igniting the country’s most significant political crisis in over a decade. President Kais Saied, using military escorts, fired the prime minister along with the country’s defense and justice ministers. The president also enacted curfews and prohibited gatherings of more than three people. While Saied defends these moves as critical for Tunisia’s preservation, the Islamist Ennahda party—the most prominent movement in the suspended parliament—decries them a coup.

The future of the democracy that ignited the 2011 Arab Spring uprisings across the Middle East rests in Tunisia’s ongoing political turmoil, and all those who support political liberalization in the region should be concerned. Although the new system survived for ten years, Tunisia has suffered from corruption, economic collapse, and political assassinations in the nine successive governments that have reigned over the last decade. The Islamist Ennahda party’s involvement at or near the top of the previous government coalitions has tied the group to the nation’s woes and struggles.

Originally inspired by the Egyptian Muslim Brotherhood, Ennahda has tried to rebrand itself as a moderate and Muslim democratic political party in Tunisia in recent years. The movement has denounced political Islam officially but has been accused of duplicity in its political objectives, failing to separate political and religious activities. The movement’s current leader, Parliament Speaker Rached Ghannouchi, has been accused of supporting Jihad against Israel, claiming all Israeli civilians—even children—could be killed as they are legitimate targets. In 2018, Ennahda was suspected of forming an organization that infiltrated state institutions, allegedly stealing documents and sensitive materials from the Tunisian Ministry of Interior. Five years prior, Ennahda was accused of carrying out the 2013 assassinations of secular politicians Mohamed Brahmi and Chokri Belaid.

Ennahda is certainly perceived as the “establishment” in Tunisia, and the mass protests that swept the country in the days leading up to Saied’s actions were focused on the failures of the Islamist movement. Demonstrators applauded Saied’s announcements on July 26, crowding the streets and setting off fireworks in scenes reminiscent of the 2011 revolution.

Parliament speaker Ghannouchi has labeled Saied’s actions a “coup,” initially urging his supporters to rise up “against this coup attempt and return to dictatorship, and to defend their freedoms and democracy.” Ghannouchi later reversed this position and encouraged supporters to go home and not to escalate the situation. Three other political parties in addition to Ennahda labeled Saied’s actions a coup. Saied, however, claims he legally invoked a constitutional measure that allowed him to use broader authorities to quell unrest.

The president’s announcements followed months of political deadlock and parliamentary fragmentation that only worsened Tunisia’s crippling Covid-19 outbreak and economic crises. Saied’s actions piggyback off the demonstrations against the Islamist-backed Ennahda government, strikingly similar to the events in Egypt that led to the ousting of former President Mohamed Morsi and his Muslim Brotherhood affiliates in 2013. Another parallel to note between 2013 Egypt and present-day Tunisia is the U.S. State Department’s weak response and failure to support a public outcry against an Islamist party.  On the other hand, Turkey and Qatar condemned Saied’s actions against Ennahda as a coup. Both countries have significant Islamist roots and Qatar has openly supported other Sunni Islamist groups including the Muslim Brotherhood. Two significant American regional allies, however, Egypt and the United Arab Emirates, have both been supportive of Saied.

The knee-jerk reaction, as articulated by the State Department, might be to condemn what appears to be an anti-democratic action by Saied, but the most important thing is to make the government of Tunisia responsive to the country’s citizens. As events continue to unfold in Tunisia, the United States should be wary of partnering with a repressive Islamist party and use its handling of the Morsi ousting as a lesson, while always seeking to strengthen democratic institutions.