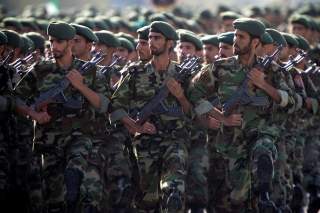 For all the righteous uproar it produced and the consequences still unfolding, in a way the killing of Iranian Major General Qassim Suleimani this month was business as usual. A longtime foe of America, Suleimani was killed by a Hellfire missile from a Reaper drone, like countless Al Qaeda terrorists, Taliban leaders, and other militants. Traveling to Iraq from Syria, Suleimani probably didn’t even require the full exertions of America’s vast intelligence and special operations manhunting machine. His death by drone was far more mundane than the Hollywood raid that killed Osama bin Laden. Only the Iranian response—a casualty-free retaliatory missile strike—was new.

Suleimani’s killing, in its operational impact and its potential ramifications, will almost certainly be “bigger than bin Laden.” But the best-case scenario is that it will be equally meaningless. Bin Laden’s death was not part of any realistic strategy to “defeat terrorism”—it was simply a high-profile tactical success. Suleimani’s death is part of the same problem: An American “strategy” that, despite decades of effort, thousands of American lives, and trillions of dollars, has achieved next to nothing of worth in the Middle East.

The White House’s justification, that Suleimani was an imminent threat to Americans in Iraq, sounds dubious. No real evidence has yet been put forward to support this claim. Secretary of State Mike Pompeo, whilst doing the “full Ginsburg” of all five major talk shows, quickly shifted to rote denunciations of Suleimani, Iran, and even the Obama Administration. No one has made a realistic case for how killing Suleimani will moderate Iranian behavior.

Instead of having an adult conversation about ways, ends, and means, the Trump administration gave Americans hollow moralizing and adolescent chest-beating about “taking a bad guy off the battlefield.” But revenge, as others have noted, is not a strategy. Neither is attriting enemy leaders.

One would think U.S. leaders had grasped this basic truth by now. The United States has killed tens of thousands of terrorists and Islamic militants since 9/11, to the point where “droning” is now a verb. Most were at least threats to U.S. troops. A few were even plotting attacks on America. Yet today there are nearly four times as many Sunni Islamic militants as there were on September 11, 2001.

Suleimani’s longtime deputy, Brigadier General Esmail Qaani, has already been installed as head of the Islamic Revolutionary Guards Corps Quds Force. He may lack the charisma and some of the skill of his predecessor but the Quds Force probably won’t miss a beat. “Decapitation” and “mowing the grass” have not defeated anything.

Merely being there has also become a key tenet of U.S. strategy in the Middle East. Despite the destruction of ISIS’s caliphate, the serious threat to U.S. troops from Iranian proxies, and now the expressed will of the Iraqi people through a majority of their parliament, President Trump and Secretary Pompeo sound determined to keep U.S. forces in Iraq. Yet any U.S. soldier or Marine who patrolled Afghanistan or Iraq daily to execute vague or meaningless tactical tasks could preach to the emptiness of military presence as an end in itself. As the former Marine Corps Commandant, General P.X. Kelley, told the Senate Armed Services Committee in the wake of the Beirut bombing: “presence as a mission is not in any military dictionary.” That American forces may be forced to leave Iraq may be the one positive, though unintentional, outcome of Suleimani’s killing.

While extolling attrition and presence, American “strategy” has ignored means that are far more decisive than any weapon. Chief among these is sentiment towards the United States.

Despite sanctions, proxy war, and the incessant propaganda of the theocracy, Iranians, especially the young, have remained surprisingly pro-American for decades. Iran was the lone Muslim-majority country to express popular sympathy with America after 9/11. Visiting American wrestlers have been surprised to find themselves treated like celebrities. Young Iranians voraciously consume American popular culture, from McDonald’s imitations to HBO’s Chernobyl.

This sentiment, critical capital for a future free and democratic Iran, has been severely damaged by the killing of Suleimani. Though most Iranians appear to regard their government with increasing contempt, Suleimani was revered as the defender of the nation and slayer of ISIS. Many studies, including a recent one by the University of Maryland, show him to have been the most popular political figure in Iran. Trump has tossed aside the potential sympathy and receptivity of tens of millions of Iranians for the tactical gain of removing one key leader and operative.

The Trump Administration’s policy of maximum pressure has become, at a minimum, low-level war. The idea that killing one man would cow a proud nation of 80 million people is delusional. A war with Iran, even a limited one, will only further entrench the Iranian theocracy. People naturally rally around the flag during wartime, as even Hitler and Stalin discovered of each others’ states. Absent a total war for regime change—a daunting geographic and military challenge—America will likely be far worse off with regard to both Iran and the Middle East as a result of killing Suleimani.

A strategy that has achieved the opposite of its promises is a failure. Before another moment is wasted, Americans need to ask their leaders the same question General David Petraeus plaintively asked at the height of the Iraq War: “Tell me how this ends.”

Gil Barndollar is a fellow with Defense Priorities and with the Catholic University of America’s Center for the Study of Statesmanship. He served as a U.S. Marine infantry officer from 2009 to 2016.