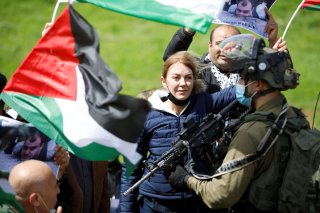 The United Arab Emirates recently announced plans to invest $10 billion in Israel targeting key sectors such as energy, water, and healthcare, a reminder of the exceptionally enthusiastic and wide-ranging normalization occurring between Israel and the Emirates.  Three other Arab states—Bahrain, Morocco, and Sudan—forged ties with Israel after the UAE led the way.

Economic cooperation is one of the many mutual interests driving Jerusalem’s nascent ties with its Gulf neighbors, alongside a shared antipathy to Iran. Unofficial estimates provided by the Tony Blair Foundation for Middle East Change peg Israeli-Emirati trade at least $1 billion as of 2019, with Israeli Intelligence Minister Eli Cohen estimating that annual trade between the two countries will reach $4 billion within three to five years, a leading UAE businessman predicting $5 billion per year, and Israel’s Finance Ministry estimating it will eventually reach $6.5 billion per year.

Key areas of Emirati-Israeli cooperation are expected to include joint development of solar power, investments in research and development, and food security. Additionally, trade issues related to cyber-security, medicine, and agriculture will be of high interest.

There are several ways in which Palestinian entrepreneurs and workers could play a valuable role in those transactions. For example, trilateral partnerships might bring together Gulf Arab capital, cutting-edge Israeli technology, and Palestinian entrepreneurs, workers, and researchers. Many Palestinians have a working proficiency in Hebrew, in addition to speaking Arabic and being a part of Arab culture, so they could facilitate partnerships between Israelis and Gulf Arabs.

Finding ways to encourage their involvement could benefit both the Palestinians and the broader region. Emirati officials have hinted that this is part of their vision. Abdulla bin Touq Al Marri, the UAE’s economy minister, has discussed how Emirati-Israeli economic deals and initiatives can positively impact the Palestinians.

To implement this vision, Israel, the UAE, and Bahrain should—with facilitation from Washington—pursue initiatives to include Palestinian industry and business sectors into some UAE-Israel and Bahrain-Israel cooperative efforts. There are two existing and successful programs that could provide a template for how such cooperation could work.

The Middle East Regional Cooperation Program (MERC) was established in 1981 to promote research cooperation between Egyptian and Israeli scientists after their two countries signed the Camp David Accords. The U.S.-funded program expanded in 1993 to include cooperation between scientists from Israel and Jordan, Morocco, Tunisia, Lebanon, the West Bank, and the Gaza Strip.

MERC projects focus on agriculture, water conservation, the environment and health.  These are fields in which similar challenges are faced by the United States, including especially the Southwest with its climate similarities to the Middle East.  In several of these fields, including especially water conservation and health, Israeli researchers are at the world’s cutting edge. As a result of these factors, many of MERC’s research findings have directly benefited the U.S. economy as well as U.S. foreign policy.  For example, a series of MERC projects have developed new methods for detecting (and thus combating) costly agricultural viruses in plants that are grown in the U.S. as well as the Middle East.

Partnerships with Palestinian researchers have been among the largest recipients of MERC funds.  Several of the most successful projects have involved cooperation between researchers from Israel, the West Bank, and one or more Arab states.

In the wake of Israel’s peace agreements with the UAE and Bahrain, efforts should be made to encourage and facilitate UAE and Bahraini funding of such cooperative trilateral research and its potential commercial spinoffs.

Qualifying Industrial Zones (QIZs) are another existing initiative that could provide a template for how Palestinians could benefit from Israel’s improving relations with the broader Arab world. QIZs were established by Congress in 1996 to foster regional economic integration. This initiative allows Egypt and Jordan, Israel’s first peace partners, to export products to the United States duty-free so long as the products contain Israeli inputs. As of 2019, Egypt had fifteen QIZs and Jordan had thirteen, which together accounted for over $1 billion in exports per year and provided a livelihood for some three hundred thousand people.

Though conceived to promote regional economic integration, QIZs have also shaped regional trade with the United States. In 2019, roughly one-third of exports to the United States from Egypt were from QIZs.  While the vast majority of current QIZ products are clothing, the zones would reportedly also be a good fit for other manufacturing based on Israeli research and development. Assuming it can be done in a way that does not cost American jobs, creative expansion of the QIZ concept could be used to encourage additional Arab states to make peace with Israel, to incentivize trilateral Israeli/Arab/Palestinian economic partnerships, and to assist the United States to diversify its supply chains away from China to Middle Eastern countries which offer relatively comparable supplies of labor.

Creating meaningful Palestinian jobs would be a winning proposition with stabilizing effects for the whole region. Palestinian unemployment is 26.6 percent according to World Bank estimates, with the West Bank at 18.2 percent and Gaza at 48.5 percent. The Palestinian Authority’s obstructionism has been a major contributor, with the PA refusing for most of last year to accept monthly tax transfers from Israel as a protest against Israel’s now-suspended plans to annex West Bank territory. The Israeli government put the annexation plan on hold once the UAE inked its deal with Israel, and the PA began accepting transfers in November 2020 after a six-month halt that resulted in tens of thousands of PA employees having their salaries slashed during the global pandemic.

Ultimately, any plan for Gulf-Israeli-Palestinian economic cooperation will hinge on Israeli and Palestinian leaders’ willingness to allow such collaboration. And given the PA’s track record of rejectionism, which feeds into Israel’s hesitation to make concessions, such willingness may not materialize. But the opportunity is there and it would be in the interest of Gulf, American, and Palestinian leaders to support the economic development of the Palestinians. They should not hesitate to make use of these current models that, with some creative thinking, can become new and enhanced programs delivering real results for the people of the region.

Orde Kittrie is a senior fellow at the Foundation for Defense of Democracies and law professor at Arizona State University. He previously served for ten years as a U.S. State Department attorney. Follow him on Twitter @ordefk. Varsha Koduvayur is a senior research analyst at the Foundation for Defense of Democracies, where she focuses on the Persian Gulf. Follow her on Twitter @varshakoduvayur. FDD is a nonpartisan think tank focused on foreign policy and national security issues.