The Gulf's True Weakness Is Its Water-Supply Resources 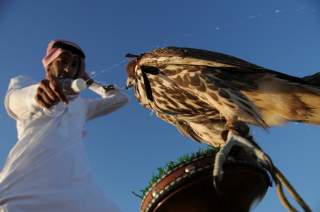 Water is a vital strategic resource in the Middle East. Assuring its security requires the same vigilance that has been applied to protect oil. The growing populations of the region and the parallel increase in economic activity has dramatically increased the demand for fresh water. But access to fresh water is increasingly costly, especially for those countries that have few natural water sources, including underground aquifers, rivers, and lakes. There are no permanent lakes or rivers in Saudi Arabia, Bahrain, Kuwait, the UAE, Oman, Yemen, and Qatar. Consequently, Gulf states are almost totally dependent on desalination plants to produce fresh water.

In September 2019, crippling attacks on Saudi Arabia’s oil facilities hammered home the region’s exposure to potential strikes on essential infrastructure, including desalination plants and storage facilities, which are susceptible to a number of threats. These include oil spillage and pollution, terrorist attacks, missile, air and cyber-attacks, and sabotage of power stations that are essential to the operation of desalination plants. To appreciate the vulnerability of fresh water supplies for the security of key U.S. allies in the Gulf and large numbers of U.S. forces based in the region, it is useful to review the current capacities of Gulf countries to produce and store fresh water.

Equally important is the infrastructure needed to store desalinated water. Much of the water produced by desalination plants in the UAE is never used because of a lack of storage facilities. “Desalination plants continue producing the same amount per hour, twenty-four hours a day,” according to Mohamed Daoud of the state-run Environment Agency in Abu Dhabi. “So what do we do with the excess water right now? We dump it in the Gulf.” If desalination plants were destroyed, then key Gulf countries might be without fresh water in a matter of days due to inadequate storage.

The reserve capacity of the water supplies is far less than reserves for oil, which can be safely stored deep underground. For this reason, most Gulf countries are investing heavily in improving water reserve capacity that will provide more than a few days or weeks supply in the event of a crisis. Saudi Arabia’s daily water consumption currently exceeds its storage capacity. Saudi authorities are constructing multiple reservoirs to mitigate the consequences of a loss of desalination and manage periodic surges in demand for fresh water. Qatar launched a similar initiative to build nine reservoirs at various sites throughout the country. Authorities introduced the Water Security Mega Reservoirs Project to extend Qatar’s strategic water supply reserves from two to seven days. Such enterprises are expensive, and while they are considered essential for national security and economic growth, the cost of sustaining and protecting fresh water will continue to rise until such time that breakthroughs in the technology and economics of desalination become available.

Geoffrey Kemp is the director of Regional Strategic Programs at the Center for the National Interest.