How Biden Can Manage the JCPOA’s Consequences in Syria 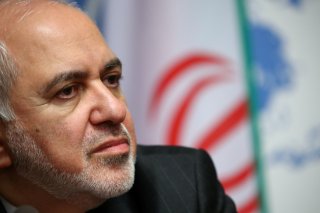 U.S. strikes on Iranian proxies in Syria earlier this week were a justified and necessary measure, but with a possible reinstatement of the Joint Comprehensive Plan of Action (JCPOA), the Biden administration’s policy will need to transition from reactionary retaliation to active mitigation of Iran’s influence. Iranian adventurism in the Middle East has perpetuated conflict, exacerbated corruption, and amplified sectarianism. U.S. sanctions, imposed in response to Iran’s nuclear development, have slashed state budgets and curtailed Iran’s malign behavior abroad. Iran will not trade away exporting its revolutionary ideology as part of any nuclear deal, however. The Biden administration must therefore prepare to manage the regional ramifications of rejoining the JCPOA and lifting corresponding sanctions. Syria is a case study in how a targeted and minimal approach can interrupt Iranian activities region-wide.

Iran propped up Syria, a fellow Shia state, and used it as a launching pad for attacks on Israel for decades. Iran then capitalized on the products of the Syrian Civil War—Assad regime desperation and chaos—to dramatically expand its already-entrenched influence. Shipments of Iranian oil are a lifeline for the Syrian economy since the seizure of most of Syria’s oil fields first by ISIS, then by the U.S.-backed Syrian Democratic Forces. Iranian military advisers and proxies enable Assad’s brutal counter-insurgency campaign. But Iran also advances an agenda discrete from, and at times contrary to, that of the Assad regime. Iran arms Lebanese Hezbollah in southern Syria despite its provoking Israeli airstrikes against Assad’s forces. And Iran pursues control of natural resources and transit routes by competing with nominal allies, even as this enables ISIS to reconstitute its attack capabilities.

U.S. sanctions have frustrated Iran’s efforts to preserve Assad’s rule and pursue its independent objectives in Syria. Sanctions are straining Iran’s ability to subsidize oil for a Syrian regime that cannot afford market prices. The Syrian regime imports 95 percent of its oil from Iran, but remains undersupplied. Protests in regime-held areas due to oil shortages are now a routine occurrence. Depriving the regime of oil is the principal remaining lever to coerce Assad to accede to UNSC Resolution 2254, which demands a peaceful transfer of power.

Sanctions have forced Iran to drastically reduce financing to its foreign proxies, an effect compounded annually by the deteriorating Iranian economy. Iran cut funding to its top Iraqi militia groups from $12-15 million monthly while the JCPOA was in effect, to $4.5-5 million monthly in 2019, to $2-3 million monthly in 2020. Similar data on Syria is unavailable, but this trend is likely even more dramatic—Iran resources Iraq as its priority effort. Decreased funding has observable implications; fighters frequently defect from Iranian proxies over lack of payment. Most Syrian militants have neither a demographic nor ideological predisposition to fight for Iran, but require regular income after civil war has eliminated traditional employment options.

The Biden administration must prepare to mitigate the inadvertent consequences of reinstating the JCPOA. Lifting sanctions will inevitably fill Iranian state coffers, reversing successes in limiting oil exports and proxy funding. However, the United States can implement policies that prevent Iran’s newly-gained funds from reaching Syria and contain Iranian influence.

The United States should rely on Caesar authorities—secondary sanctions that apply to any individual or corporation doing business with the Assad regime—to target the financiers and ground operatives responsible for Iranian involvement in Syria. Reinstating the JCPOA will require lifting sanctions on the Iranian state related to nuclear development, not sanctions on Iran’s nefarious activity abroad; indeed, the JCPOA specifically delineated that the United States may still impose sanctions owing to non-nuclear issues. The Trump administration underutilized this mechanism, targeting only a few Iran-linked entities.

Interdiction efforts can make shipment prohibitively risky as Iran regains the capability to offer Assad subsidized oil. American allies have interrupted Iranian maritime transport in isolated instances. The United States should organize a coordinated campaign, working with regional partners, including Israel and Egypt, to consistently stop Iranian ships from delivering oil or other materiel to Syria.

Iranian ability to transit troops and arms across the Middle East should be limited by the United States maintaining current force levels at Tanf and Baghuz, near two of the three official Syrian-Iraqi border crossings. Americans at these bases do not engage in combat with Iranian proxies and experience minimal risk of force. Their presence yields disproportionate benefit, however, deterring Iranian transit through Tanf and obtaining valuable intelligence on movements through Abu Kamal near Baghuz.

The United States should scale up efforts to share intelligence gathered by these bases and other American assets with Israel. Israel is the most effective and reliable U.S. partner in preventing Iran from using Syria as a transit corridor or launching point for attacks. Israeli airstrikes have successfully destroyed Iranian facilities such as the ballistic missile and chemical weapons factory at al-Safira military complex in September and forced Iranian proxies to abandon bases due to substantial casualties in eastern Syria.

The SDF is the principal bulwark against Iranian expansion in northeastern Syria—blocking Iran from using the third official Syrian-Iraqi border crossing at Rabia and preserving an area largely free of Iranian influence. The United States should increase support to the SDF while urging the adoption of more inclusive policies and improved governance. American personnel are singularly able to mediate between Arab and Kurdish groups and assist in the implementation of reforms. Unmitigated Arab-Kurdish tensions and lacking social services have enabled Iran to foment unrest and undermine SDF control.

Implementing these recommendations would not derail American efforts to return to the JCPOA. Despite public bluster, Iran is unwilling to jeopardize sanctions relief to respond to gradually increased U.S. activity in Syria. Doubling down on sanctioning Iranian entities, interdicting Iranian shipments, maintaining U.S. force presence, providing intelligence to Israel, and supporting the SDF is unlikely to provoke a diplomatic or kinetic Iranian response. Iran has made clear its regional adventurism is not open for negotiation; the United States is therefore not obligated to unilaterally sacrifice its national interests to satisfy the ambitions of a hostile state.

Isabel Ivanescu is an independent researcher focusing on the Levant. She graduated from Duke University in 2020 with a degree in Political Science: Security, Peace, and Conflict Studies.

Andrew Greco is an independent researcher focusing on Syria and Turkey. He graduated with a degree in International Studies: Diplomacy, Security, and Governance from Indiana University in 2020.