How Demographics Could Spark Change in Iran 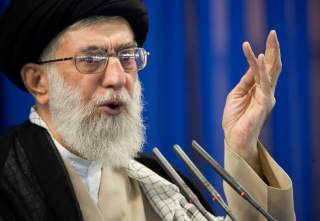 For years, Iran’s ruling ayatollahs have grappled with a profoundly vexing problem: how best to maintain the loyalty of the country’s growing (and increasingly unruly) population. The question isn’t strictly a political one. It is also made significantly more complicated by the age of the Islamic Republic’s population, which cuts against the regime in key ways.

The statistics showcase the extent of the challenge confronting Iranian leaders. The countries of the Middle East are among the world’s most youthful, with a median age of just under 31. The Islamic Republic is more or less in line with this trend; the average age of its population, which now numbers approximately 84 million souls, is currently estimated to be 32 years old.

The regime’s top leadership, meanwhile, is much older – and increasingly infirm. The country’s Supreme Leader, Ali Khamenei, is now 80 and has reportedly been battling prostate cancer for years (something which has fueled fevered speculation about possible successors to Iran’s top post). Khamenei, moreover, is hardly the only frail leader. A number of other top Iranian decisionmakers could soon pass from the political scene as well. Among them is Ahmad Jannati, the 92-year-old head of both the regime’s Assembly of Experts and its Council of Guardians, whose death could fundamentally upset the balance within both clerical institutions. Another is Mohammed Taqi Mesbah Yazdi, the powerful 85-year-old cleric who famously served as the spiritual guide for firebrand former president Mahmoud Ahmadinejad, and who remains a key source of support for the country’s religious conservatives.

The list goes on, and suggests that Iran is headed toward a potentially momentous internal transition as the original ideological stalwarts who have served as the custodians of the ayatollah Ruhollah Khomeini’s radical vision begin to fade away. To be sure, a crop of younger leaders now waits in the political wings. Their number includes figures like parliamentary speaker Ali Larijani and Ebrahim Raisi, the powerful head of the country’s Judiciary, both of whom are 59. Yet, in the aggregate, the generational divide between the traditional advocates of Iran’s theocracy and the country’s population at large remains wide.

This gap matters a great deal. Quite simply, the plurality of Iran’s population was not alive at the time of the Islamic Revolution forty-one years ago. As a result, this cohort does not possess much ideological connection or loyalty to the tenets of the austere brand of political Islam that was embraced back then by Khomeini and his followers – and which has been enforced by his acolytes since. Instead, ordinary Iranians are far more preoccupied with issues such as prosperity, social development, and individual freedoms.

Here, for all its triumphalist rhetoric, there can be no doubt that the Iranian regime has failed dismally. The World Bank recently estimated that, in real terms, Iranians are now a third poorer than they were on the eve of the 1979 revolution. That decline is the product of rampant regime corruption and mismanagement, which has caused the national poverty rate to worsen, exacerbated domestic ecological problems and rendered key social welfare funds insolvent. Indeed, by virtually all socio-economic indices, Iran’s regime is today in profound decline – a situation that has been exacerbated considerably over the past year-and-a-half by the Trump administration’s campaign of “maximum” economic and political pressure.

The situation is particularly acute among Iran’s youth. Last year, the official Statistical Center of Iran, and official analytical body attached to the office of the president, disclosed that youth unemployment had reached 27 percent among young Iranians, and that nearly half of all university graduates within the Islamic Republic are now unemployed. This trend has helped to turn the most dynamic element of Iran’s population into its most discontented; young Iranians now represent the bulk of those protesting clerical rule, according to observers and activists alike.

Regime officials are acutely aware of the dangers of this mobilization, and have worked diligently to defuse them. That, according to Saeid Golkar of the University of Tennessee, is at least part of the reason why the Iranian regime has invested so heavily in building up the ranks and the capabilities of its feared domestic militia, known as the Basij. In his 2015 book Captive Society, Golkar – an expert on domestic Iranian politics – lays out in extensive detail how the Islamic Republic has relied heavily over the years on the Basij to monitor (and, if necessary, to control) society, focusing in particular on hotbeds of youth activism like the country’s universities. It’s also the reason why, against the backdrop of the most recent round of protests, Iran’s Supreme Leader has called for a restructuring and strengthening of the Basij as part of what has been termed a new national “suppression machine.”

Iran’s distinct demographics don’t just affect the regime, however. They have also helped shape the complexion of the country’s opposition forces.

Today, there can be said to be at least two distinct waves of Iranian opposition. The first, older one is grounded in the generation of expatriates that left Iran in the waning days of the Pahlavi monarchy, or shortly after its collapse. These exiles made their way to places like southern California (which now boasts the largest Iranian ethnic community outside of Iran itself) and established themselves politically and financially while continuing to agitate against the clerical elite they believe hijacked their fatherland. The second, newer strand is comprised of younger political activists within the country, who are chafing under the religious constraints that have been imposed by the ayatollahs over the past four decades. And while there is considerable interplay between the two groups, there can be little doubt that the latter represents the center of gravity in the contemporary fight against the Iranian regime.

Yet what this cohort actually believes is unclear. “The bulk of the opposition within the country is actually unorganized and atomized,” Golkar explains. “When something happens, they come out into the streets. But much of this is spontaneous, even if different groups try to claim credit for it afterwards.”

That description eloquently captures the duality of Iran’s protests, which – at least when seen from the outside – seem simultaneously to be both organized and spontaneous. “The organized opposition is mainly external to Iran,” says Golkar, while protest forces within the country itself are far more fluid. “The majority of Iranians exist in a ‘gray area.’ They aren’t active supporters of the regime or active opponents of it,” but rather swing toward and away from identification with the regime “like a pendulum,” depending on the circumstances.

That, however, is beginning to change. There is now “mass discontent and frustration visible in virtually every sector of Iranian society,” Golkar confirms. “Almost everyone is angry or disaffected.”

Young activists like Amir Etemadi hope they can capitalize on this shift. Although relatively new, Etemadi’s group, which is formally known as Iran Revival (Farashgard in Farsi), has become a notable player in the persistent protests that have rocked Iran since 2018. An outgrowth of student activism in Iran’s universities over the past two decades, Farashgard’s goals – as outlined on its website – are the “non-violent overthrow of the Islamic Republic and to establish in its place a secular democracy that safeguards each Iranian’s human rights.” The organization does not have a cohesive ideology, and encompasses activists who identify as monarchists as well as those who believe in more republican forms of government. Even so, it exhibits strong support for Iran’s former Crown Prince, Reza Pahlavi – something that Etemadi insists simply reflects popular sentiment within the Islamic Republic, which views Pahlavi as both a “transitional figure” and an emblem of secular order.

Structurally, Farashgard is modelled after Serbia’s Otpor movement, which was active in the 1990s and early 2000s and contributed to the eventual downfall of the dictator Slobodan Miloscevic. Much like its Serbian predecessor, Farashgard is a network made up of small groups of activists in various cities throughout Iran, where they are active in carrying out acts of civic disobedience as the opportunity arises. The network’s activities are coordinated by a leadership core of some 20-25 individuals in the U.S., Canada and Europe, which helps to promote and amplify the activities of its cadre of young activists inside the country, with the ultimate objective of generating a groundswell of dissent big enough to sweep Iran’s ayatollahs from power.

It is precisely this sort of organization and activism that so terrifies the country’s aging clerical elite. Iran’s leaders understand full well that the ideological bonds that once tethered at least part of the country’s population to the idea of an Islamic Republic have eroded over time, replaced by an urge for greater freedoms among younger Iranians. They have also grasped the notion that their preferred form of government could end up becoming the biggest casualty of the demographic shifts now taking place within the country.

Ilan Berman is Senior Vice President of the American Foreign Policy Council in Washington, DC. This piece is the ninth in a series of articles exploring the beliefs, ideas and values of different factions within the Iranian opposition, as well as the challenges confronting them.