How to Prevent a War with Iran 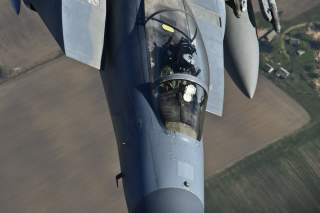 President Donald Trump has bought into a maximum pressure strategy that has undermined diplomatic opportunities and brought the United States and Iran to the brink of war. However, there are signs that the president is growing frustrated with the lack of results and is exploring opportunities to re-open the diplomatic window that he has willingly closed. At this critical juncture, the Trump administration still has time to shift from dead-end pressure to serious diplomacy. Fortunately, a number of foreign policy practitioners from both sides of the aisle recently joined together to outline a series of achievable steps that could be taken to reduce the likelihood of war and open up space for serious diplomacy.

To start, the United States and Iran are locked into stiff negotiating positions. Tehran insists it will not negotiate under pressure, while Washington shows no sign that it will back off pressure for Iranian concessions. Given that it was the U.S. decision to violate the nuclear deal in pursuit of maximum pressure that undermined hopes for future negotiations, it is incumbent on the United States to take the first step to open up space for diplomacy. As a result, Washington should suspend recent sanctions it has imposed, including by extending waivers for foreign purchasers of Iranian oil. Doing so would not necessarily be an abandonment of maximum pressure, which has already been demonstrated, but is necessary for Iran to show its bottom line has been met to engage in talks.

In tandem, Iran should welcome the suspension of U.S. sanctions by returning to full, voluntary compliance with the nuclear deal. Such a move would further calm tensions and demonstrate to President Trump that investing in diplomacy could bear further fruit.

Once tensions are calmed by these reciprocal actions, the Trump administration and Iran should capitalize on the opening to engage in serious diplomacy. For the United States, the appointment of a credible and empowered Iran envoy with a mandate to establish clear lines of communication with Iran, and help defuse crises that may arise, is an absolute necessity. Unfortunately, neither John Bolton nor Mike Pompeo have the credibility to engage in serious negotiations with Iran. Both have been chief proponents of sanctions and war who have taken pride in their efforts to sabotage Iran diplomacy. Additionally, reports indicate that Pompeo is reluctant to engage in negotiations with Iran as it could haunt his future political aspirations, which would likely include a run for president in 2024.

As a result, the decision to use Senator Rand Paul as an envoy for backchannel talks with Iran appears to be a wise choice for the interim. Paul has the ear of the president, voted against Iran sanctions and warned Pompeo that he does not have authority for war against Iran. However, given that future negotiations would likely last many months, finding a more permanent envoy to lead Iran negotiations would be necessary.

While far from easy, the lowest hanging fruit for diplomacy with Iran may be a prisoner swap. If such negotiations are already underway, they should be intensified. If not, they should be opened immediately. Such swaps have been negotiated in the past, Iran has hinted both privately and publicly that it is open to such talks, and the president himself has demonstrated an interest in bringing Americans home. Not only does the United States owe it to the prisoners and their families to seriously pursue their freedom, but it serves U.S. interests as it could build confidence for broader diplomacy.

Additionally, while the risks of war with Iran are substantial in several theaters, the numerous recent run-ins in the Persian Gulf underscore the need for an Incidents at Sea agreement between Washington and Tehran. The United States and Soviet Union hammered out such an arrangement to avoid unnecessary collisions and miscalculations at the height of the Cold War in 1972, which succeeded in reducing the number of dangerous naval encounters between the two rivals. Striking such an arrangement with Iran would be feasible, provided U.S. pressure on Iran’s oil shipments are relieved, and help protect international shipping moving forward.

There are roles for other actors, as well. Europe has been caught between a rock and a hard place, committed to keeping the deal alive but limited in its ability to effectively counter U.S. sanctions. Europe should capitalize on a diplomatic opening to enable the trade and economic benefits promised under the nuclear deal, which would help stabilize tensions and prevent backsliding. Moreover, Congress should not bank on the president overruling Bolton and Pompeo to step away from the war track, and must pass legislation ruling out an unauthorized war with Iran.

A U.S. war with Iran is not inevitable. Both nations have demonstrated a desire to avoid a costly conflict even as they engage in escalation. There remain numerous steps that can take the United States off the path to a war that could be far more devastating than the 2003 invasion of Iraq. The president claims to have learned the lessons from that disastrous conflict. Yet, the onus is on him to take the first step and pursue a different track with Iran. The window to change course is still open, but it is closing fast.

Jamal Abdi is president of the National Iranian American Council.