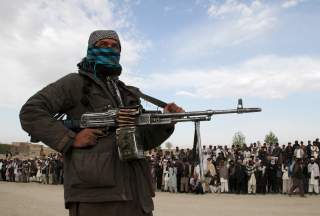 As a supporter of the U.S. invasion of Afghanistan, I hoped that we Afghans—in addition to ridding Afghanistan of the Taliban menace—would utilize this opportunity to revive our economy, build an infrastructure, raise our standards of living, and bring an end to warlordism and the culture of impunity.

Despite some important—albeit fragile—achievements, Afghanistan as a whole hasn’t benefitted the way it should have from U.S. presence, owing to the collective incompetence and irresponsibility of the international community and the Afghans alike. Billions of U.S. taxpayer dollars have been squandered through contracts and subcontracts by the international community, and through corruption by Afghan officials, which in turn became a contributing factor in helping fuel the Taliban insurgency.

Having reorganized themselves, the Taliban by 2006 had launched a full-fledged insurgency against the United States. As the insurgency raged on, two worrying trends developed hand-in-hand: first, the United States continuously increased its troop numbers through 2010, without managing to uproot the Taliban resistance; second, the Taliban attacks became more lethal. With neither side winning, the term “stalemate” was reintroduced into the Afghan war lexicon after two decades—reminiscent of the Soviet Union’s unsuccessful efforts to defeat the Mujahedin guerrillas in the 1980s. It certainly didn’t bode well for the United States and its Afghan allies.

As the so-called “stalemate” on the battlefield continues, a critical issue continues to miss much-needed attention: the status of the Taliban insurgency in the broader context of Afghanistan’s history. As rulers, the Taliban were ambassadors of agony. But as insurgents, they seem to be on the verge of a major achievement. It is only a matter of time before the U.S.-Taliban talks resume. There seems to be no alternative to it, as the United States has come short of defeating the Taliban on the battlefield. As such, for the following four reasons, after the U.S. withdrawal, the Taliban insurgency will be embraced as an Afghanistan-wide effort by the Afghan nation.

First, the Taliban today are not too different from the Afghan Mujahedin of the 1980s. The Mujahedin, too, espoused extremist views—not unlike the current Taliban position on many issues—which remained a continuous source of concern in urban areas. Similarly, for years the Mujahedin—preceding Taliban suicide and roadside bombings—indiscriminately rained rockets on cities and villages and detonated explosives wherever possible—causing civilian casualties.

After the withdrawal of Soviet troops, many pro-Soviet Afghans either left the country or underwent a change of heart, perhaps for practical reasons. To smoothen things further, many Afghans today don’t limit the military struggle against the Soviet Union to the Mujahedin alone. In their view, the fight to oust the Soviets was a nation-wide undertaking. Perhaps a quick fact check would reveal the dubiousness of the claim. Nonetheless, today regardless of who sided with whom, the defeat of Soviet troops is a source of collective pride for the Afghans. It is not unlikely that the U.S. withdrawal wiill also be considered a defeat inflicted upon it by the entire Afghan nation.

Second, in Afghanistan rural areas, where the majority of Afghans live, matter significantly. The U.S. and Afghan governments have jointly failed to develop infrastructure and invest in agriculture in rural areas—thus missing out on a crucial opportunity to win the hearts and minds of the majority of the population. The United States has only been interested in short-term, short-lived subcontracted projects implemented by non-governmental organizations, with few positive, long-term effect on the villagers’ lives.

Furthermore, much of the fighting between the U.S. and Taliban has been concentrated in rural areas, where the U.S. has inflicted civilian casualties in airstrikes and conducted night raids in private homes—violating Afghans’ privacy on the one hand and constituting a “justified” cause for anger and revenge on the other. As such, the U.S. has lost its initial popularity in Afghan villages. While the Taliban may have few sympathizers in large cities, in predominantly religious, conservative rural areas, they once again command the following. If and when the U.S. pulls out, there will be plenty of people in villages to celebrate the withdrawal.

Third, Afghan history over the last two hundred years shows that if an invading power gets bogged down in Afghanistan, or is in retreat, the initially undecided Afghans will throw their lots in with their fellow Afghans who are fighting the invaders. The support from fellow Afghans doesn’t always come in military form. A gesture of appreciation or sympathy will suffice. The British in the nineteenth and twentieth centuries learned the hard way about this aspect of the Afghan psyche.

Today the expanding Taliban insurgency in part is a result of this mindset. As the “stalemate” continues, more and more villages are likely to favor the Taliban over the United States. Although the Taliban have nothing substantial to offer to the villagers, they share the same religion and culture, unlike foreign troops.

Fourth and final, with the passage of time and the demise of the current generation, which has directly been affected by the Taliban violence and strict policies, it is likely that more and more Afghans will start either associating themselves with—or relating to—the Taliban insurgency. Not to mention that those who are not affected by Taliban violence, will focus their attention on more urgent and contemporary matters. Especially when America’s name is placed next to the Soviet Union’s and Great Britain’s as a defeated major power in Afghanistan, the prospects become very tempting.

For those of us who welcomed the United States to Afghanistan and supported its presence, the objective of rebuilding Afghanistan still largely remains unfulfilled. Eighteen years after being toppled, the Taliban insurgents are more powerful than ever before. They’re no longer isolated or solely dependent on Pakistan. More importantly, they’re on the verge of achieving something extraordinary: An agreement with the United States to withdraw from Afghanistan.

Arwin Rahi is a former advisor to the Parwan governor in Afghanistan. He’s written for Forbes, BBC Persian, Diplomat, Dawn, the Express Tribune, the Norwegian Institute of International Affairs, among others. He can be reached at [email protected].