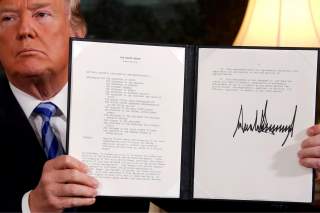 The U.S. assassination of Iranian General Qassim Suleimani marks the beginning of a new and more dangerous chapter in the ongoing shadow wars between the Axis of Resistance and U.S. allies in the Middle East. The United States is now signaling that it will assume a more direct role to pushback Iranian-aligned forces in the region. As Defense Secretary Mark Esper stated a day before the assassination, “the game has changed,” thereby signaling a more confrontational and unpredictable turn of events in the Middle East.

The U.S. foreign policy objective is to ostensibly roll back Iran’s regional gains and to establish a “zero tolerance” policy against low-intensity gray zone actions, such as sporadic rocket attacks, undertaken by Iranian allies. This is an unrealistic and maximalist policy as the United States is simultaneously escalating military conflict against Iran while demanding the country militarily de-escalate—all the while closing any avenues to any meaningful political dialogue to potentially resolve outstanding issues. A military escalation with a maximalist political stance only further increases perceptions of U.S. regime-change policy in Iran without concern for the violent consequences stemming from such a campaign. This will consequently make Iran double-down on its current policies rather than change track.

Significantly, this new approach reflects the increasing abandonment of the “leading from behind” strategy undertaken by the Obama administration in which the United States would support regional countries to secure their own interests, as seen in Saudi Arabia’s (albeit unsuccessful) war in Yemen, rather than directly allow itself to get dragged into military conflict in the region.

The new campaign launched by the assassination also reflects a failure of the U.S. “maximum pressure” policy to get Iran to the nuclear negotiating table through unrelenting unilateral sanctions against Iran. Despite the re-imposition of draconian sanctions on Iran, so far Iran has shown no willingness to negotiate a new deal with the United States or shown any appetite for what Britain’s Prime Minister Boris Johnson recently called a “Trump Deal.” Quite the opposite, it has incentivized Iran to increasingly abandon multiple nuclear constraints stipulated in the deal.

Consequently, the United States has decided to pursue a more muscular kinetic approach in order to force Iran to concede in the nuclear arena. Asked whether similar assassinations such as against Suleimani would continue, Secretary of State Mike Pompeo responded positively and stated that “the president will respond in a way that he did last week, which was decisive, serious, and messaged Iran about the constraints that we're going to place on that regime.”

Suleimani’s assassination, however, fails to advance either of these objectives—including a change in Iran’s regional behavior or a new nuclear accord—and only further empowers and legitimates Iran and its allies and undermines U.S. credibility and capacity in the Middle East.

First, the assassination has united Iranians behind the Islamic Republic in a remarkable way, demonstrated by the millions who participated in Suleimani’s funeral processions across Iran celebrating him as a national hero—an astonishing mobilization that brings to mind the 1979 Islamic Revolution and the funeral of Ayatollah Khomeini in 1989. This grievance and outpouring of devotion to Suleimani has strengthened national awareness and support of Iranian regional policies and significantly augmented the country’s political will to resist U.S. pressure.

Second, the assassination has undermined the power of the reformist movement in Iran and will likely suppress democratic domestic activism as evidenced by the small protests following the downing of the Ukrainian airliner. No matter the salient criticisms and opposition to the Iranian state’s behavior domestically, it will always take a back seat to external threats and create the grounds for a securitized environment domestically. The pro-West moderates were already on their back feet following the U.S. pullout of the nuclear agreement and the increased public disillusionment with President Hassan Rouhani’s campaign promises to solve Iran’s economic problems through negotiation with the West. This will likely bode poorly for them in the upcoming parliamentary elections in Iran. The assassination has also made anti-Americanism a stronger force in the younger generation of Iranian society which had not experienced the Revolution or the Iran-Iraq war.

Third, Suleimani’s assassination has united the transnational Shi’a world behind the “Resistance” and inflamed anti-Americanism across regional Shi’a communities representing some 40 percent of the population of the Middle East. Leading Shi’a religious leaders including Ayatollah Ali Sistani in Iraq, who has tens of millions of followers across the world, eulogized Suleimani as a martyr while condemning his assassination. Suleimani’s status as a consecrated martyr with a mass following within mainstream Shi’a communities represents the weakness of the U.S. hearts and minds strategy. Martyrs in modern Shi’ism carry a unique sociopolitical role as saint-like figures for the living and are much more embedded ideologically and institutionally among mainstream Shi’a populations compared to the treatment of martyrs in the modern Sunni Middle East and especially in Wahhabism—the denominations the United States is more experienced in fighting in the war against terrorism.

Finally, the assassination which targeted a serving member of the Iraqi government—Abu Mahdi al-Muhandis—in addition to Suleimani further alienates Iraqis as an ally of the United States. A rollback or targeted assassination campaign is bound to fail for the simple reason that the “Shi’a militias” in Iraq are in reality simply the armed wing—the Popular Mobilization Forces (PMF)—of a grassroots bottom-up movement supported by millions of Iraqis within the country with the largest number of seats in parliament. It is also formally part of Iraq’s armed forces. More importantly, the labeling of the Iraqi PMF, which was set up following Ayatollah Ali al-Sistani’s fatwa in 2014, as “Iranian militias” in the words of the former U.S. Secretary of State misunderstands the indigenous nature of the PMF.  This reproduces harmful sectarian narratives that conflate Arab Shi’as with Persian identity but also creates an untenable situation in which the United States is labeling millions of Iraqis as Iranian agents to be confronted in their own homeland.

Given the vulnerabilities of pro-American Arab regimes in the Middle East as well as U.S. forces in the region, the transnational popular support, political will, and effective asymmetrical military strategy of Iran and the Resistance firmly places the cards in their favor. This is all the more the case as Iran and its allies have demonstrated their upgraded technological capabilities through their calibrated missile strikes on a U.S. military base in Iraq and the Saudi Aramco bombings. Within Iran, the missile strikes on the U.S. Ain al-Asad base demonstrate that their strategy of deterrence against the United States is working as they stopped potential American military escalation in its tracks. These combined factors will result in Iran and the Axis of Resistance to more forcefully consolidate their positions. Iraq, in short, will serve as the first arena in which the United States will see its influence and role directly undermined.

Dr. Payam Mohseni is the Director of Harvard Weatherhead Center’s Project on Shi’ism and Global Affairs and a Lecturer on Government at Harvard’s Department of Government.