The International System Was Never Built to Stop Assad 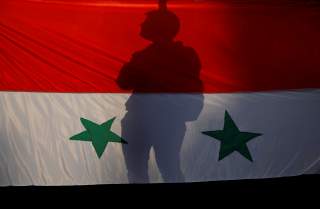 Perhaps this is as it should be. Perhaps the world’s great powers are right to elevate some concerns (the balance of power, stable relations among leading states, the principles of sovereignty and territorial integrity) above humanitarianism. Maybe international order, stability, and continuity are goals that truly serve the greater good. But even if so, it is nevertheless important to recognize the present international order for what it is—a bundle of formal rules and loose standards of behavior that has done little to lessen the suffering in Syria and might even have made the humanitarian situation worse than it would otherwise have been.

It is in this monstrous sense that the international system has worked in Syria. Procedures have been put in place to allow non-state (non-sovereign) belligerents such as ISIS and anti-government rebels to be pummeled by external powers. Resolutions have been passed to limit the Assad government’s use of chemical weapons even as thousands are killed by conventional means. And, thankfully, there has been no great power war because of the Syrian quagmire. All of this is a result of the international system working as it should. So too, though, is the immense and ongoing suffering of the Syrian people.