Iran Brags About Playing Chicken With the U.S. Navy 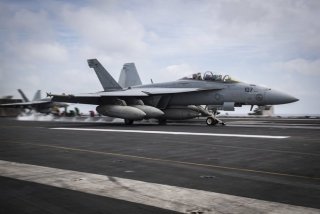 Eleven Iranian boats spent an hour making “dangerous and harassing approaches” of six U.S. Navy vessels near Iran’s coast on Wednesday, according to the U.S. military.

Iran and the United States came close to war last summer after months of tensions in the Persian Gulf. The two countries have more recently moved their confrontations to neighboring Iraq, where U.S. forces are deployed close to Iranian proxies. But the latest incident could be a sign of more direct confrontations to come.

Al-Jazeera, a television station based in nearby Qatar, reported in Arabic that an American fighter had attempted to penetrate Iranian airspace before turning back several days ago. It was unclear why Iran’s own state-run news agency would cite its Qatari counterpart rather than quote Iranian sources directly.

Wednesday’s incident began when several Islamic Revolutionary Guards Corps speedboats “repeatedly crossed the bows and sterns of the U.S. vessels at extremely close range and high speeds,” including one approach at only ten yards, according to a statement by the U.S. Naval Forces Central Command.

“The U.S. crews issued multiple warnings via bridge-to-bridge radio, five short blasts from the ships' horns and long range acoustic noise maker devices, but received no response,” the Navy stated. “After approximately one hour, the [Islamic Revolutionary Guard Corps Navy] vessels responded to the bridge-to-bridge radio queries, then maneuvered away from the U.S. ships and opened distance between them.”

Iran did not contest the U.S. military’s version of events. Fars News Agency shared footage published by the U.S. Navy in its report.

The Iranian maneuvers “increased the risk of miscalculation and collision,” violated “internationally recognized maritime customs, and were not in accordance with the obligation under international law to act with due regard for the safety of other vessels in the area,” the Navy claimed.

U.S. Secretary of State Mike Pompeo declined to comment on the details of the incident in a Fox News interview on Thursday.

‘We have seen this before, where the Iranians behaved in ways that were inconsistent with international law,” he said. “I think the American people know that President Trump is serious about protecting Americans, protecting our military, protecting our Navy. I am very confident that we’ll make decisions that do that.”

This article has been updated to reflect the U.S. Central Command's response to the National Interest's request for comment.