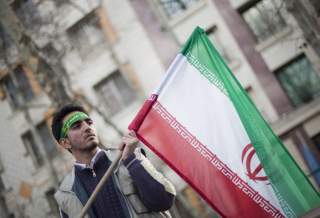 In recent weeks, the Trump administration has doubled down on its stance against Iran’s destabilizing role in the Middle East. National Security Advisor John Bolton recently told reporters that the United States will remain in Syria as long as Iran does—to include its proxies and militias—marking a major shift in U.S. policy in Syria. The administration is also ratcheting up its campaign of economic pressure, ending a 1955 treaty with Iran that made exceptions for sanctions on certain products, and warning that after it reinstates some of the United States’ harshest sanctions against Iran in November, it will pursue additional, “tougher” sanctions. The Trump administration has already imposed seventeen rounds of Iran-related sanctions, targeting 147 Iran-related individuals and entities, aimed at coercing the country into abandoning its regional activities.

On October 16, the U.S. Department of Treasury imposed sanctions on a multibillion-dollar financial network that supports the Basij Resistance Force, a paramilitary group which it says recruits and trains child soldiers for Iran’s Islamic Revolutionary Guards Corps (IRGC) to support efforts to prop up the Assad regime, among other malign activities. Tehran was quick to label the move an act of “blind vindictiveness” of the sort that “obstruct the people's ability to benefit from economic relations with the international community.” The evidence does not suggest, however, that the financial network in question, “Bonyad Taavon Basij” or Basij Cooperative Foundation, in any way benefits the Iranian people.

According to Treasury’s analysis, the Basij Cooperative Foundation employs shell companies to “mask Basij ownership and control over a variety of multibillion-dollar business interests in Iran’s automotive, mining, metals, and banking industries.” By design, the IRGC and Basij are insulated from economic pressure on Iran thanks to external funding from networks of Iran-aligned intermediaries. In addition to their nationally allocated budget ($7.65 billion publicly disclosed for Iranian fiscal year 2017), the IRGC and Basij reportedly accumulate funds through interest-free financial institutions such as Mehr Eqtesad Bank and Bank Mellat (targeted by the new sanctions), which both pay the equivalent of hundreds of millions of dollars annually to the Basij Cooperative Foundation in the forms of dividends, loans and lines of credit, which in turn provide welfare, housing and support to Basij Force members. Basij financial institutions also used their funds to purchase companies through Mehr Eqtesad Iranian Investment Company, which creates a lifeline between the Basij Force and the most lucrative Iranian industries.

The net effect is that immense Iranian wealth is being funneled away from the Iranian people and towards fueling Iran’s regional ambitions, human rights abuses and destabilizing activity in Syria. This runs counter to U.S. interests in the region, as the Trump administration has made clear. Sanctioning the Basij Cooperative Foundation is a notable step in the United States’ economic pressure campaign, warranting a closer look at the Basij Force itself and its role in Iran’s expanding sphere of influence.

The Basij Force in Focus

The Basij Force is a volunteer paramilitary organization operating under the IRGC. One of the Iranian regime’s primary enforcers of internal security, the Basij Force also serves as an auxiliary to ground forces in Syria directed by the IRGC Quds Force (IRGC-QF), which conducts Iran’s extraterritorial operations. Since at least early 2015, the Basij has recruited and trained fighters in Iran before placing them on a waiting list for deployment to Syria. Some Basij volunteers are driven by religious motives and see themselves as defending holy Shia shrines against takfiris—a term used by Iranian leaders for Sunni militants in Syria and Iraq—thanks to Tehran’s efforts to justify its strategy in Syria in an ideological framework. Other motives include the promise of “perks” such as university spots, access to government jobs and preferential treatment; highly desirable in a backsliding Iranian economy in which nearly a third of Iranian youth are unemployed.

As of May 2016, the Basij reportedly had more volunteers signing up to fight in Syria than it could properly train and dispatch. Estimates of the total number of Basij in Syria vary, but in 2015 experts estimated seven thousand IRGC members and Basij volunteers were already operating in Syria, and analysts have pointed to their increased involvement in the conflicts. Amongst several reports of Iranian casualties in Syria in recent years, one Basij official revealed that fifty Iranian student volunteers were killed in the Syrian conflict between November and December 2016.

In addition to Iranian nationals, the Basij recruits Afghan immigrants to Iran, including children as young as fourteen years old, to join the Liwa Fatemiyoun, a militia made up of Afghan fighters under the direction of the IRGC-QF in Syria. According to an Iranian news source, the number of Afghans fighting for the Assad regime is between ten and twenty thousand, while other sources put the number of Afghans at between ten and twelve thousand. Sources reported to human rights group Human Rights Watch that many Afghan refugees in Iran who volunteer to fight in Syria are motivated by promises of legal residency status. Afghan fighters have born a large share of Iran’s losses in Syria, with 255 combat fatalities reported between 2012 and March 2016. The Basij also recruits Pakistani nationals to join Liwa Zainabiyoun, a brigade of Shia Pakistanis from Iran fighting under the control of the IRGC-QF in Syria.

Iran uses volunteer militias like the Basij Force to project power and influence to defend its self-described national interests. Militias provide an economical option for intelligence sharing, assistance with counterintelligence operations, counterterrorism, deterrence and developing grassroots support. They allow Iran to assert its influence and thus safeguard its security at less cost to its own people, and avoid a counter-intervention by the far more powerful United States. Militias are difficult for the United States to counter both militarily, as they often employ unconventional warfare to offset their deficiencies in military power, and economically, due to their shadowy financing networks.

Iran follows the “Hezbollah model” honed in Lebanon to embed IRGC-QF and the Basij Force with local militias in Syria through the provision of security, social, political and economic services—engendering support or at least tolerance for its activities. IRGC/Basij also work with Iran-aligned Iraqi militias that have spilled over into Syria to support the Assad regime as well as a network of foreign fighters from Afghanistan and Pakistan. Syrian civil society groups warn that Iran-backed militias harm civilians and advance Tehran's agenda.

These groups work at cross-purposes with the United States’ interests in Syria: Iran-backed Shia militias played a key role in the battle for Aleppo against forces receiving funding, training and equipment from the United States. They fight alongside Syrian and Hezbollah forces in eastern Syria to capture ISIS territory for Assad and have attacked U.S.-backed Syrian Democratic Forces (SDF) conducting a rival campaign. Their actions have caused the U.S.-led coalition to target them with airstrikes “in self-defense.” They have deployed close to Israel’s border, triggering a destabilizing escalation in an area that has serious implications for U.S. security interests. Back in April, one Iran-backed militia in Syria announced it would begin attacks on U.S. personnel—a decision some analysts note must have come from Iranian higher-ups. The threatening actions and rhetoric of Iran’s proxies in Syria have led U.S. officials to deem countering them a policy priority.

The threat Iran’s militias pose to the security interests of the United States is increasingly emphasized in Washington. But Iran has spent decades building up these forces, and it will take more than an afterthought from the United States to counter them. The United States should continue identifying and exposing financial actors that support Iran’s destabilizing regional activities and imposing financial pressure on them, but should understand and accept certain limitations. Given the Trump administration’s reticence to commit to Syria in terms of troops or funds, the stated goal of removing all Iranian presence and proxies from the country does not match the ways and means available. Rhetoric that promises such an end-state sets the United States up for failure and loss of legitimacy. The United States should refine its goals for countering Iran in Syria, or commit to pursuing a more comprehensive strategy for Syria that does not divorce that mission from the Syrian Civil War or Iran’s broader regional security strategy.

Emily Burchfield is the assistant director at the Atlantic Council’s Rafik Hariri Center for the Middle East, where she focuses primarily on the conflict in Syria, its regional implications and its impact on US foreign policy. She is a graduate of University of California, San Diego, where she received a Bachelor of Arts in Political Science and International Relations and a minor in Middle East Studies. She has experience working with Syrian and Iraqi refugees in both Jordan and the United States. She is a frequent contributor to the Atlantic Council’s outlet SyriaSource, and her most recent externally published work includes Decentralization in the Syrian Context, The End of U.S. Stabilization Efforts in Syria?, and The Limits of Cooperation Between Russia and Israel Over Iran’s Foothold in Syria.