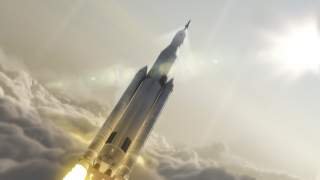 In mid-January, Iran launched satellite into orbit. The launch took place at Imam Khomeini Space Center. The two-hundred-pound satellite, called Payam (message in Farsi), was designed and produced at Tehran’s Amirkabir University of Technology. According to Telecommunications Minister Mohammad-Javad Azari Jahromi, the rocket carrying the Payam satellite failed to reach the “necessary speed” in the third stage of its launch. Iranian scientists will analyze this failed attempt and will try again. Indeed, Tehran plans to launch two satellites in 2019—Payam and Doosti (friendship in Farsi). Both are intended to gather information on environmental changes in Iran. After the launch, Secretary of State Mike Pompeo stated that Iran’s space program could help it develop a missile capable of carrying nuclear weapons to the U.S. mainland. Israeli prime minister Benjamin Netanyahu echoed these sentiments and claimed that the satellite launch was an attempt to develop long-range missiles.

The country takes significant pride in the technological advances it has made in its space program. The Islamic Republic is one of a handful of nations with indigenous space-launching capability. Since 2009, it has dedicated a National Day of Space Technology to celebrate its scientific achievements. A landmark step was taken in February 2009 when Tehran successfully used the Safir (ambassador in Farsi) space launch vehicle (SLV) to launch the Omid satellite. This rocket was designed to carry a light payload into low-earth orbit. A more powerful one, Simorgh (phoenix in Farsi), was designed to carry heavier payload into orbit. Since 2009, Tehran’s space activities have slowly progressed, and it has launched other satellites into orbit, including Rassad (Observation) and Navid-e Elm-0 Sanat (Harbinger of Science and Industry).

Iran’s interest in outer space goes back to the late 1950s when the United Nations General Assembly created the Committee on the Peaceful Uses of Outer Space (COPUOS). Iran, along with several other nations, was a founding member in this committee. The COPUOS seeks to foster international cooperation and promote the exploration and use of space for global peace, security and development. In 2003 the Iranian government established the Iran Space Agency (ISA) under the umbrella of the Ministry of Communication and Information Technology. Its mission is to coordinate all “peaceful space activities.”

The United States and other countries have been suspicious of Tehran’s space program. The opposition has argued that building and developing the capacity to place satellites into the earth’s orbit provides Iranian engineers with critical experience that can be used to boost their capabilities to launch long-range missiles, including intercontinental ballistic missiles (ICBM). In other words, peaceful uses and military applications are inseparable. In July 2017 Iran claimed that it had successfully launched its most advanced satellite-carrying rocket, Simorgh, into space. The upgraded rocket can reach a higher altitude and carry a heavier payload. The United States National Air and Space Intelligence Center claims that the Simorgh could act as a “test bed for developing the technology needed to produce ICBM.”

A close examination of Iran’s space program provides mixed results. Despite some progress, the country still has a relatively weak space industrial base. It has demonstrated the ability to launch and operate satellites, but many other technological hurdles still need to be overcome before it can fully incorporate its space program into its armed forces. On the other hand, Iran has an “extensive record of using electronic forms of attack against space systems, including jamming and spoofing.” In other words, Iran has demonstrated its capability to intervene with hostile satellite signals. Finally, despite some similarities between the necessary technology to manufacture satellite-carrying rockets and that is required to make ICBMs, there are fundamental differences as well. The ICBM technology has been developed since World War II. Since then, there have been several examples of states converting ICBMs into SLVs or developing the two technologies in parallel. However, it never happened that SLVs have been transformed into ICBMs.

A close examination of Iran’s space program and the regional and global efforts to halt it suggests the following conclusions: first, the fact that Iran’s interests in space technology started under the Pahlavi regime suggests that the program is not driven by ideological ambition to export the Islamic Revolution or promote Shiism and destabilize or attack Sunni countries. Rather, one can argue, Iran, under any regime, perceives itself as a major regional power and missiles and space technology (and other weapon systems) play a role in power projection.

Second, the available evidences do not prove the claims that Iran has ICBM. These capabilities require years of testing. If Tehran decides to develop ICBM, the international community will have enough time to address this challenge. Rather, the available evidences indicate that the missile program is conventional and seeks to deter regional powers and American forces in the Middle East.

Third, the rapid advances in missile technology add more uncertainties to the regional and global efforts to address Iran’s missile and space program. For example, hypersonic missiles that are currently being developed primarily by the United States, Russia, and China, are considered by some military analysts as game-changers. They fly at unusual altitudes and enjoy astonishing high speed and maneuverability. These characteristics mean that hypersonic missiles can pose tremendous challenge to missile-defense systems. Iran is not known to have this hypersonic technology today, but, if history is any guide, technology does proliferate. Iran can have access to hypersonic technology and other game-changing technologies in the coming years.

Finally, since the inception of the missile and space program, regional and global powers have essentially focused on restraining supplies to Iran. Equal efforts are needed to address the demand side. In other words, Tehran’s determination to acquire and develop missile and space capabilities—and its willingness to pay a high price for them—needs to be examined. The huge disparity in defense expenditure between Iran and its neighbors suggests that the broad regional military balance needs to be negotiated. Iran’s missile and space program cannot be separated from regional arms races and can only be adequately addressed within a broad discussion of the regional security landscape.

Gawdat Bahgat is a professor of national security at the Near East South Asia Center for Strategic Studies at the National Defense University. The opinions expressed in this piece are the author’s alone and do not represent the views of the U.S. government of the policies of the Department of Defense.