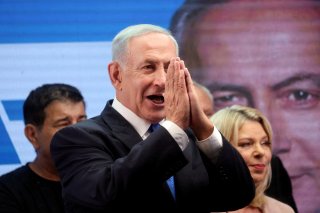 In this episode of the Israel Defense and Diplomacy Forum (IDDF) Podcast, I was joined by Benjamin Anthony, co-founder of the Miryam Institute, who sat in for Ambassador Ayalon, absent due to illness.

We focused on the ramifications of the elections in the United States and Israel for the U.S.-Israeli relationship and Israel’s national security generally.

I expressed my fear that Israel’s legal and democratic systems may be stressed to breaking point by the new ultra-right coalition and that the two-state solution may now be effectively dead, with dire ramifications for Israel’s future character as a state and for the U.S.-Israeli relationship.

Benjamin shared some of my misgivings regarding the new coalition but believes that Prime Minister Benjamin Netanyahu will govern responsibly and effectively. He also believes that there are better alternatives to the two-state solution and welcomes its demise. On Iran, Benjamin and I agree that the 2015 nuclear deal probably cannot be revived, possibly resulting in a heightened need for military action. For the first time since the Iranian revolution in 1979, however, the demonstrations in Iran may now hold out a realistic possibility for regime change.

Both of us are deeply worried by the rise of anti-Semitism in the United States.

Benjamin concludes the podcast by sharing the heart-wrenching story of how his brother, Jonathan, was beaten mercilessly by an anti-Semitic gang during his childhood in the UK and ties that experience into the rapid rise of anti-Semitism taking place at this time in America.

Chuck Freilich is a former deputy national security adviser in Israel. He is a senior fellow at The Miryam Institute and the author of Israeli National Security: A New Strategy for an Era of Change and the forthcoming Israel and the Cyber Threat: How the Startup Nation Became a Global Superpower. Twitter: @chuck_freilich

Learn more about the work of The MirYam Institute.