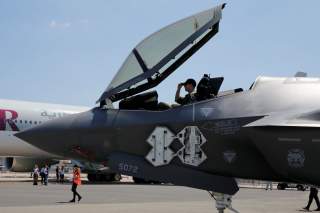 Turkish President Recep Tayyip Erdoğan claimed victory this week in a new round of elections that strengthen his grip on power. While his rule is again confirmed through the ballot box, Erdoğan is far from a stalwart defender of democracy. Instead, he is an Islamist dedicated to restoring the Ottoman Empire and positioning himself as its new Sultan. In doing so, Erdoğan has cast aside the rule of law and the North Atlantic Treaty Organization (NATO) to form partnerships with Putin’s Russia and al-Qaeda affiliated rebels in Syria. Even for the most naïve, it’s hard to view the direction he is taking Turkey in as anything other than contrary to democratic principles and U.S. interests.

America’s alliance with Turkey is historically and strategically significant. Starting in the early years of the Cold War, the United States recognized the geographic importance of Turkey’s position as a bridge between Europe and the Middle East and as a gateway to the Black Sea. Meanwhile, Turkey was secular and increasingly western-oriented. Turkey saw a relationship with America as necessary to deter Soviet expansionism and was eager to contribute to the nascent North Atlantic alliance. However, that was the Turkey of the past. Since Erdoğan came to power in 2003, he has systemically eroded the secularism and pluralism which made Turkey standout in the region while simultaneously turning on Ankara’s traditional Western allies such as the United States.

Currently, Turkey holds at least two American citizens hostage, Pastor Andrew Brunson and NASA scientist Serkan Golge, as well as several European nationals on false charges of supporting terrorism and espionage. Erdoğan has suggested that he would trade the hostages in exchange for U.S.-based Turkish cleric Fethullah Gulen, whom Erdoğan accuses of orchestrating the failed July 2016 coup. In a radical departure from the rule of law and democratic values, Erdoğan has also used the coup attempt to detain around 100,000 Turkish citizens and purge 150,000 more from their jobs under his declared “state of emergency.” These mass detentions and political purges appear primarily targeted towards secular and liberal opposition members whom Turkey’s new Sultan views as obstacles to his unrivaled reign.

Just over a year ago, the United States witnessed Erdoğan’s tyrannical tactics in the streets of America’s own capital. As the Turkish leader stood by and watched, his security guards brutally attacked peaceful protesters who gathered to exercise their most fundamental American right to free speech. In response, there was no apology or explanation from Turkish officials. Instead, there was just more condemnation from our supposed ally for having the audacity to issue charges against their guards. Unfortunately, the U.S. Department of Justice has since abetted Turkey’s bad behavior by dropping charges against eleven of the fifteen guards indicted. Giving such blatant criminal conduct a pass undermines our values and provides legitimacy to Erdoğan’s barbaric repression in Turkey.

Erdoğan’s ruthless pursuit of power also holds severe national security implications for the United States and its allies. In his feckless Syria policy, Erdoğan has forged alliances with violent jihadists who seek to attack the U.S. and its allies while showing uncompromising hostility towards Kurdish militants who fought ISIS alongside American and coalition forces. Turkish officials have even gone so far as to directly threaten U.S. forces working to stabilize northern Syria with the Kurds. A new agreement between Ankara and Washington has sought to address Turkish concerns while accomplishing Western interests in Syria, but already, different interpretations of the plan are emerging.

If the new agreement for northern Syria falls apart, it will add another layer to the growing mistrust between Turkey and the shaky NATO alliance. Contributing to the mistrust is Turkey’s warming ties with Russia. Only three years ago it appeared that Ankara and Moscow were on the verge of war when Turkish fighters downed a Russian warplane that had strayed across the Syrian border into its airspace. Today, Erdoğan is directly undermining NATO’s southwestern flank by purchasing the Russian-made S-400 air defense systems which the Pentagon says cannot integrate with other NATO systems and is in violation of U.S. sanctions. Erdoğan is also working closely with Iran and Russia to divide up Syria, providing legitimacy to both bad actors’ military presence in the strategically important eastern Mediterranean. Meanwhile, Turkish forces have increasingly engaged in aggressive behavior towards their Greek and Cypriot neighbors, frequently violating their territorial claims.

Erdoğan has shown he has no problem with fanning the flames of extremism inside western countries. In response to Austria’s recent decision to close seven foreign-funded mosques, Erdoğan proclaimed that the action was “leading the world towards a war between the cross and the crescent,” referring to the symbols of Christianity and Islam. The decision to close the mosques came after Austrian authorities working with a local Muslim community organization identified that those mosques—some of which are linked to the Turkish government—were found to be promoting radical ideologies and Turkish nationalism. Erdoğan has since vowed to take retaliatory action, suggesting he may order the closure of Christian churches in Turkey.

The list of Turkish treachery abounds, and absolutely none of it should be acceptable. To be considered a U.S. ally and NATO member should require specific standards such as respect for human rights and democracy. These standards should be in addition to the obvious prerequisite of not fooling around with malign regimes and terrorist groups that undermine U.S. security. Erdoğan’s Turkey does not meet any of these standards. Therefore, their status within NATO and bilaterally with the U.S. should be put on indefinite probation. This should include an immediate halt to sensitive arms transfers such as the F-35 stealth fighter and revised NATO planning and exercises that exclude Turkey’s participation. Finally, there should be clear conditions that if Erdoğan continues pushing his nation on its current course, there will be more serious penalties. It is time to hold bad allies like Turkey accountable before they further weaken America’s collective security. And that’s just the way it is.

Image: A U.S. airman adjusts his cap in the cockpit as a Lockheed Martin F-35 Lightning II aircraft is moved on the eve of the 52nd Paris Air Show at Le Bourget Airport near Paris, France June 18, 2017. REUTERS/Pascal Rossignol​