Like it or Not, Regime Change is Coming to Iran 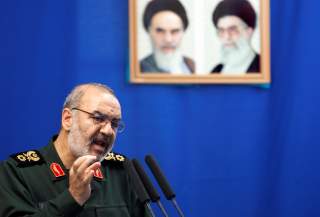 Change is coming to Iran, but it has nothing to do with either the U.S. withdrawal from the Joint Comprehensive Plan of Action (also called the Iran Deal) or the Trump administration’s sanctions regime. Indeed, while U.S. policymakers debate cooption and coercion at the best strategies to change Iran’s behavior, neither the Trump administration nor its opposition is prepared for the regime change Iran faces: The death of Supreme Leader Ali Khamenei.

The supreme leader is the ultimate power in Iran. Constitutionally, he is the commander-in-chief of the Iranian armed forces. Theologically, he is also nayeb-e Imam (deputy of the Messiah). While diplomats focus on Iran’s elected leaders and their appointees—President Hassan Rouhani and Foreign Minister Mohammad Javad Zarif, for example—the supreme leader monopolizes all substantive decisions. He rules for life.

Khamenei’s life is nearing an end. In 2014, Khamenei had surgery for prostate cancer. Authorities used Khamenei’s account to tweet out a photo of the supreme leader in the hospital, likely an attempt to begin preparing the Iranian public for the inevitable. Khamenei recovered, but today he is 79 years old, and old age is taking its toll. So too is the legacy of a 1981 assassination attempt. When Khamenei dies—whether in a month, a year, or five years, the Islamic Republic will face an unprecedented crisis.

Since the 1979 Islamic Revolution, there has been only one transition. Revolutionary leader Ayatollah Ruhollah Khomeini died on June 3, 1989. American may remember Khomeini as an unrepentant revolutionary motivated by anti-Americanism, but he was also a man of deep religious credentials. When, in 1988, politics and theological disputes pushed Grand Ayatollah Hussein-Ali Montazeri aside, Khamenei became Khomeini’s deputy and natural successor. Khamenei was a compromise candidate, however, a weak man chosen because he was acceptable to major political factions. He never enjoyed the religious respect Khomeini had. When, in 1994, the Iranian government suggested Khamenei should be recognized by Shias worldwide as the top-ranking Shia scholar, he was basically laughed off the stage and forced to back down. Within the context of the Islamic Republic, however, Khamenei could derive legitimacy from being blessed by Khomeini.

The forthcoming transition will be different, however. While, in theory, the 88-member Assembly of Experts selects the new supreme leader, the 1989 transition shows that they are little more than a rubber stamp body, approving the compromise candidate the Islamic Republic’s various powerbrokers put forward. In the three decades since the last transition, however, the balance of these power centers has shifted. The Islamic Revolutionary Guard Corps (IRGC), for example, has become far more powerful and controls well over 20 percent of Iran’s economy. Nor are many of the Islamic Revolution’s founding fathers left. Former President Ali Akbar Hashemi Rafsanjani died almost two years ago. Expediency Council chairman and former Judiciary chief Mahmoud Hashemi Shahroudi reportedly suffers from brain cancer. While Khamenei benefited in 1989 from Khomeini’s pre-death blessing, Khamenei neither has the standing nor the charisma to ensure his choice, whoever it may be, will survive the inevitable infighting.

There are other scenarios which could complicate succession. Unlike in Oman, for example, which stipulates a timeline for choosing a new sultan upon the passing of Sultan Qaboos bin Said, there is no constitutional timeline for Iran’s Assembly of Experts to meet, creating uncertainty and an opening for groups like the IRGC to consolidate control.  If the Assembly of Experts does meet, but there is no single consensus candidate, it is possible that the Supreme Leadership could pass to a council instead of an individual. Khomeini repressed—but did not resolve—this political-theological debate and it could reemerge with a vengeance. For the Islamic Republic, however, a leadership council would exacerbate instability as it takes factional fighting to a new level.

The decisions which will shape post-Khamenei Iran

Regime change has become a loaded term, especially in the fifteen-years after a U.S. invasion ousted Iraqi dictator Saddam Hussein, but when Khamenei dies, it is inevitable in Iran. Alas, the United States remains woefully unprepared.

How will the United States react, for example, if infighting leads to a civil war inside Iran? That may seem far-fetched, but not too long ago so did civil war in Libya, Syria, and Yemen. Perhaps the nightmare scenario would be the Revolutionary Guards opportunistically seizing power. The result would not simply be a military dictatorship, but an ideological one, resourced with billions of dollars and unbeholden to even the limited check the rest of the Iranian system today provides.

When U.S. SEAL Team Six took out Al Qaeda leader Osama Bin Laden, aspiring leaders competed with each other to stage spectacular attacks. Soon, the United States and Europe will might need to worry not only about clerical factions but IRGC factions as well. Is there a strategy to co-opt certain factions, neutralize others, or snuff out IRGC ambitions entirely? Would Washington, for example, be prepared to guarantee corrupt IRGC leaders diplomatic and financial immunity if they take their families and embezzled billions into exile in Moscow, Istanbul, or Baku?

After nearly forty years of life in an Islamic Republic, most Iranians are tired. Protests which erupted last December continue intermittently, and labor unrest is growing. If Khamenei’s death takes protests to the next level and makes regime change inevitable, what would be the U.S. position? Is Washington prepared to advocate that the Islamic Republic’s civil service will remain, to ensure them that change would not undermine their financial security and perhaps even catalyze positive regime change?

The United States is home to the freest and most prosperous Iranian community on earth. Iranian-Americans are human capital, capable of helping Iran transition even if they must first give up their dreams of governing or supplanting those Iranian civil servants who have arisen under the Islamic Republic. But what has the White House or State Department done to organize and rally them? A referendum ushered in the Islamic Republic. Would Washington support a referendum to restore a constitutional democracy such as Iran briefly enjoyed at the beginning of the twentieth century? What would the wording of that referendum question be? Would the United States support a constitutional convention for Iran? If so, under what parameters?

It is all well and good for Democrats and Republicans to spar over the past and even the here and now. But it is the future that should most concern the Trump administration and its successors. There is no reason why there cannot be bipartisan consensus on a strategy to channel the inevitable challenge that Iranians will face upon Khamenei’s death into the best possible outcome for Iranians and regional peace and security. At issue is not only the threat of Iranian terrorism, its ballistic missile program, and stability in Lebanon, Syria, Iraq, and Yemen, but also freedom for eighty-one million people, and the transformation of a pariah state with a dysfunctional economy into a financial powerhouse. With change inevitable for better or worse, let us hope that Washington will not be caught as unprepared as it now seems to be.