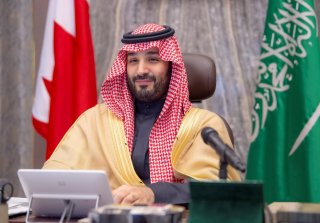 On December 8, Secretary of State Mike Pompeo announced his designation of the Kingdom of Saudi Arabia (KSA) as a Country-of-Particular Concern (CPC) for violations against religious freedom.

The designation followed a recommendation from the U.S. Commission on International Religious Freedom (USCIRF), a bipartisan and independent government commission, that the kingdom be designated as a CPC because of violations against religious freedom that are “systemic, ongoing, and egregious.” This falls into accordance with the 1998 International Religious Freedom Act, which mandates USCIRF make recommendations to the secretary of state for which countries to designate as CPCs.

This was hardly surprising given that Saudi Arabia may be the worst violator of religious freedom in the world with not one single non-Islamic place of worship in the country.

According to USCIRF, the kingdom’s religious persecution is not limited to non-Muslims. KSA has been vicious in persecuting its own Shia Muslim minority, as seen by the 2019 mass execution of thirty-seven Shia Muslim protestors, including minors. The country also imposes a strict guardianship system on its women, which places all women in the country, no matter their creed or confession, in a position of subordination to their male relatives.

Loujain al-Hathloul remains in prison for charges of “terrorism” because she defied the country’s one-time ban on women driving and has campaigned against the male guardianship system. Raif Badawi has been imprisoned since 2012 for merely sharing his opinions on social media, such as “Muslims, Jews, Christians, and atheists are all equal.”

What was unfortunately not surprising about Secretary Pompeo’s CPC designation on Saudi Arabia was that it would come with a waiver from any executive actions, including sanctions, that should accompany such a designation.

This is certainly reflective of a larger trend of the kingdom evading accountability from the United States for an egregious human rights record, most notably when President Donald Trump remarked “maybe he did, maybe he didn’t” in response to the findings of U.S. intelligence agencies that Crown Prince Mohammed bin Salman had ordered the dismembering and assassination of journalist Jamal Khashoggi.

For this reason, President-elect Joe Biden has pledged that he will call for a reassessment of the U.S.-Saudi relationship. Fortunately, there is bipartisan Congressional support for this idea. The smart move for Biden would be to capitalize on this consensus in his approach to the relationship so that accountability becomes crystallized as the defining theme in future U.S.-Saudi relations.

However, he should learn from the mistakes of his predecessors as American presidents have recently stood in the way of Congressional action towards the kingdom.

Similarly, Congress led the way in 2015 when it was able to successfully override President Barack Obama’s veto of the Justice Against Sponsors of Terrorism Act, which was seen as a win for September 11 first responders, victims, and their loved ones. Further, this was seen as a loss for Saudi Arabia given the majority of the 9/11 attackers were Saudi nationals and other links between Saudi officials and the attack.

Although the veto proved successful in one case and unsuccessful in the other, there is a common thread one can weave a needle through in both cases. The Executive Branch, no matter how conservative or progressive, tends to fold to pressure from the Kingdom of Saudi Arabia whereas Congress, on a strong bipartisan basis, is more willing to hold the kingdom’s feet to the fire.

If President-elect Biden is serious in his sentiment to reevaluate the relationship, he should work with Congress to go back to basics. To lay the strongest possible foundation in these reform efforts, religious freedom promotion must lie at the heart of this reevaluation.

Congress, on a strong bipartisan basis, would be a willing and able partner, on this. At the In Defense of Christians 2020 summit, Rep. Khanna and Rep. Joe Wilson (R-SC) both addressed religious freedom violations and religious intolerance in Saudi Arabia. They were joined by a large contingency of lawmakers from both sides of the aisle, including Senator Chris Van Hollen (D-MD), Senator James Lankford (R-OK), and Rep. Dan Crenshaw (R-TX).

Pressuring the kingdom on religious freedom violations is not only necessary but also a politically feasible way to restructure the relationship.

Secretary of State-Designate Tony Blinken should enact actions prescribed by law, including sanctions, that are supposed to accompany the CPC designation. Saudi Arabia deserves to be sanctioned for violating the right to worship, a fundamental human right, in the most “systemic, ongoing, and egregious” way possible.

Steven Howard (@smhfromthe408) writes about U.S. foreign policy. He is the Advocacy Director at In Defense of Christians.