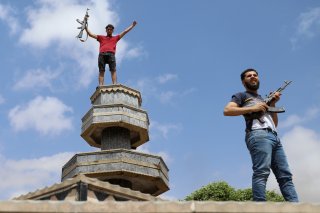 Following the recapture of Tarhuna, the alliance composed of the Government of National Accord (GNA) and Turkey launched a new offensive to retake the cities of Sirte, along the Libyan coastline, and al-Jufra, in the centre of the country, in addition to four other towns. Both cities rank high in terms of perceived importance. The former stands out because it is the main port in central Libya and recapturing it would go a long way towards securing Turkish interests, in particular by enabling Turkey to expand its naval capabilities in the Eastern Mediterranean. The latter is also key as the al-Jufra airbase is being used by both Libyan National Army (LNA) General Khalifa Haftar and Russia as a military supply point and the al-Jufra area holds strategic relevance because of its central position.

The fight for Sirte and al-Jufra is at the center of the latest escalation of the conflict. On June 20, more than a week after Turkey and the GNA declined a ceasefire proposal from Egypt, Turkey warned Cairo that the only way a lasting ceasefire would be reached would be through the return to the conditions of the 2015 accord. If that were to happen, then Sirte and al-Jufra would be brought back under the control of the internationally-recognized government and, with that in mind, Ankara said Haftar must withdraw his forces from both Sirte and al-Jufra.

Given the refusal of the ceasefire, on June 22 Egyptian President Adbel Fattah al-Sisi stated his country had “international legitimacy” to directly intervene in Libya, which was endorsed by Saudi Arabia and the UAE and was viewed by the GNA as a “declaration of war.” He also declared Sirte and al-Jufra as “red lines” and ordered the Egyptian army to “be prepared to carry out any mission, here inside our borders or, if necessary, outside our borders.”

The Egyptian warning was likely motivated by the continuing Turkish presence in Libya that would interfere with Egyptian interests. Turkey is reportedly considering using the al-Watiya airbase and the Misrata naval base. In light of Turkey’s interest in developing its naval assets in the East Mediterranean, Turkey’s insistence on capturing Sirte suggests Ankara likely has similar ambitions for Libya’s main port outside of Tripoli. Turkey’s naval ambition would then directly collide with Egypt’s interests and represent a strategic threat the country simply cannot disregard. It is all the more concerning for Cairo that this comes after Turkey’s 2019 maritime agreement with the GNA, which creates an exclusive zone between Turkey and Libya that would grant Ankara offshore drilling rights, directly affecting Egyptian interests of energy exploitation in the Mediterranean. The situation would only be worsened if the GNA-Turkey alliance indeed recaptured Sirte and exercised control of its major port.

That being said, despite the unfavorable current circumstances for Egypt, the al-Sisi administration likely only sees a direct intervention as a last resort. At the moment, his government faces security challenges such as the filling of the Ethiopian mega-dam that threatens water supply to Egypt, Islamic State activity in the Sinai which has not yet been dealt with, and the economic/security challenges brought about by the coronavirus pandemic.

The warning then is primarily aimed at strengthening the Egyptian position and pressuring Turkey and the GNA to accept a ceasefire under the terms proposed by Cairo. In the rejected ceasefire proposal, the al-Sisi government called for the removal of all mercenaries from Libya and the election of a leadership council, without taking Haftar out of the picture, a point that Turkey will probably press for in a functional ceasefire.

That does not mean that Egypt will not act at all. Instead of intervening in the Libyan conflict directly, Cairo’s way of dealing with the current threats to its interests may develop into support for Libyan tribal militias which have already expressed their approval of the Egyptian approach.

Turkey will not accept a ceasefire under the terms proposed by Egypt. Firstly because Cairo’s initiative still gives life to Haftar, and secondly because removing Turkish-backed fighters at this point when Ankara has the upper hand in the conflict is simply unrealistic. Therefore, Turkey is more likely to engage in a Russian-brokered ceasefire, or even one brokered by the UN than the Egyptian initiative in this format.

Considering the significance of Turkey continuing to oppose the Egyptian proposal, Cairo will likely have to show it is serious and thus turn to the Libyan tribal militias to intervene indirectly. In the face of a possible escalation in the conflict, an agreement with more realistic conditions to suspend hostilities may be struck, with the Russian-brokered or the UN-led ceasefires receiving focus again since they seem to be more achievable.

In conclusion, the next developments of the Libyan war will certainly revolve around the cities of Sirte and al-Jufra, with Turkey and Egypt playing a game of chicken to see who will back down first. A direct military confrontation between the two countries, although not unthinkable, is, for the moment, off the table. As for Haftar, although he is not finished, it is unlikely that the GNA-Turkey alliance will sign a ceasefire, let alone a peace agreement, with him leading the LNA. In the meantime, the UAE will continue throwing its support behind Egypt, and Russia will keep on acting in various fronts, such as continuing to hold talks with Turkish officials, supporting the Egyptian ceasefire proposal while sharing al-Sisi’s “red line” declaration and exploring the possibility of securing military bases and establishing a presence in the Mediterranean.