Lessons from the 2005 Iranian Nuclear Crisis 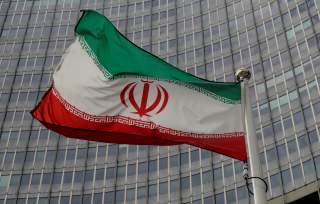 The Iranian nuclear program is coming back to the center of international attention. Last week, Iranian foreign minister Javad Zarif threatened that if the Iranian nuclear issue will be referred to the United Nations Security Council, Iran will withdraw from the Nuclear Non-Proliferation Treaty (NPT). The threat came following the E3 (France, Germany and the United Kingdom) activation of the mechanism in the nuclear deal that could potentially lead to the reimposition of UN sanctions on Iran. This is just the latest in the long process of the deal’s dissolution. Looking back, the same threats were posed the last time a nuclear agreement involving Iran was falling apart. Analyzing the dynamics that unfolded back then can teach us much about the potential Iranian nuclear challenge ahead.

The Collapse of the Paris Accords

In 2004, following the exposure of Iran’s secret nuclear activities, several rounds of sisyphic negotiations resulted in an interim agreement between Tehran and the E3 (backed by the United States). Iranian president Hassan Rouhani, who was Iran’s chief negotiator at the time, later famously stated that “interacting with Europe and not with the United States was like a poor man who can’t afford to buy a Mercedes, so he instead chooses a Paykan,” an indigenous and cheap Iranian car—a quote he probably continues to endorse. The “Paris Accords” dictated an Iranian “voluntary” suspension of enrichment-related and reprocessing activities, in return for a set of economic and political incentives. The sides reached a deadlock on a long-term settlement as Iranian nuclear and economic ambitions did not meet Western demands.

Frustrated with the negotiations, Tehran decided to withdraw from the talks in 2005, and resume uranium conversion activities. In a statement that is almost identical to Iran’s recent twitter rhetoric, Khamenei insisted in one of his 2005 Friday sermons that “Europe should realize that the nineteenth-century colonial era is over.” Iran, he explained, “will not accept imposition, extortion and blackmail from anyone.”

The Iranian move soon started a dynamic of escalation. The international community referred the Iranian dossier to the UN Security Council, which gradually imposed severe multilateral sanctions on Iran. Tehran responded with further advancing its nuclear program, focusing on expanding its capacity to attain fissile material. It built a clandestine enrichment site in Fordow, enriched Uranium to 20 percent, and started construction on the Arak reactor. These activities were complemented by the harsh and flamboyant rhetoric of the country’s then-president, Mahmoud Ahmadinejad. After years of international and economic pressure, Iran agreed to limit its nuclear program in 2015, albeit in a temporary and problematic manner.

Learning from The Past

Jump fifteen years later and the sides are facing a similar strategic dilemma. Iran is pursuing confrontational nuclear measures as a means to improve its strategic posture, yet it is carefully devising them so as to not create a unified coalition against it or invoke military action on its land. This caution was of course not replicated in its regional activity, which was clear whenever it attacked U.S. interests—even prior to Qassim Soleimani’s death. Meanwhile, the Europeans have been trying to take action to deter Iran from leaving the deal without pushing It to further escalate. While both sides fear the implications of a crisis, they are again on the brink of an “unwanted” escalation.

So, what did a better strategic posture mean to Iran, and what can we deduce from it for the months to come? In the decade following 2005, Iran chose to increase its nuclear capabilities whilst trying to balance (to a certain extent) international pressures. At the end of the decade, after many difficulties, Iran held a substantive enrichment capacity, advanced on the path to Plutonium and continued to conduct weaponization related activities. These steps achieved two ends—they improved Iran’s capability to create nuclear weapons while they simultaneously (and possibly unconsciously) provided Tehran with bargaining chips for future negotiations.

However, it is important to analyze the process and not only the results. Over the decade long crisis, Iran has proven to be risk-averse, preferring gradual steps to test the waters, over extreme steps that could turn Russia and China against it. The key decisionmakers from 2005—Supreme Leader Ali Khamanei, Rouhani, Zarif and others—are still making the calls in Tehran. Despite the current economic turmoil, Iran has got much to lose—international legitimacy and military escalation. It is safe to assume that Iran once again will try to balance between its desire to deter Europe and the United States while playing the grievance card. A recent example is Iran’s decision not to increase the number of enriching centrifuges, despite declaring its intent to do so more than two weeks ago. This is not to say that it won’t pursue these steps in the future, but it clearly prefers a measured approach.

Indeed, a cautious Iranian strategy (which will likely be mirrored by Europe) can decrease the potential of escalation in the Persian Gulf region in the short term. Yet over time, it bears serious risks for the international community. Like the fable of the “boiling frog,” the gradual Iranian progress may dissuade the international community from taking a tough stance against Iranian incremental steps—until they become a fact of life. If the decade that has passed since 2005 has proved anything about the nuclear arena, it is that Iran’s long game is receptive to international pressures.

Omer Carmi is the vice president of intelligence at the Israeli cybersecurity firm Sixgill. Previously, he was a visiting fellow at the Washington Institute and led analytical and research efforts in the Israel Defense Forces.