Morocco And Israel May Be Close To Normalizing Relations 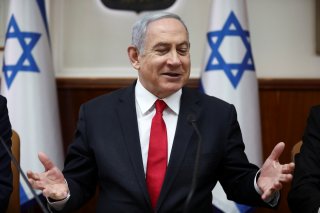 Morocco could be the next Arab state to establish formal diplomatic relations with Israel, becoming the third to do so after Egypt and Jordan. The move could have far-reaching implications for Israel, for Morocco, and for the Trump administration.

A few days after the Trump administration announced the so-called “Deal of the Century,” a story broke that Israel was lobbying the Trump administration to officially endorse Morocco’s claims to sovereignty over the disputed Western Sahara territory in exchange for Morocco normalizing ties with Israel. Reports also surfaced that Prime Minister Benjamin Netanyahu was planning a visit to Morocco this month, echoing a similar visit Netanyahu made to Oman last year. Oman, Morocco, and most Arab states have no formal ties with Israel.

This story was released more than a year after Axios reported that Moroccan Foreign Minister Nasser Bourita secretly met with the Israeli prime minister during the UN General Assembly meeting to discuss normalizing ties, organizing a visit to Morocco for the Israeli PM, and countering Iranian influence in the region.

The Moroccan government denied these claims, and both the United States and Israel have refused to comment. Nonetheless, these reports reflect a pattern of growing economic and security ties between Morocco and Israel.

Given the special (albeit discrete) relationship between Morocco and Israel, as well as the current geopolitics of the Middle East, this potential policy shift should come as no surprise.

Morocco and the Peace Process

Morocco and Israel have a “special relationship” that is rooted in geopolitical and cultural ties. Morocco likes to present itself as a mediator, between East and West, as well as between Israelis and Palestinians. Morocco’s former monarch, King Hassan II, played a significant role in promoting the peace process and hosted Israeli officials, even though Morocco participated in the coalition fighting Israel during the October 1973 war. Morocco secretly hosted Israeli Prime Minister Yitzhak Rabin in 1976 and then organized covert talks between Egyptian and Israeli officials in 1977, right before the Camp David Accords were signed in 1978. Former Israeli Prime Minister Shimon Peres officially visited Morocco in 1986 looking for support in pursuing Arab-Israel peace (after two previously unofficial visits when he was out of power).

Rabat and Tel Aviv established low-level diplomatic relations in 1994 after the Oslo Accords were signed, but these ties were eventually severed after the second intifada in 2000. Even after this rupture, Morocco and Israel have maintained important economic and security ties over shared regional concerns.

During Jared Kushner’s visit to Morocco in May 2019, the president’s son-in-law was invited to tour a Jewish cemetery in Morocco with a Moroccan Jewish businessman, Yariv Elbaz. Reports stated that Elbaz had set up the backchannel between the Moroccan foreign minister and Netanyahu’s national security advisor, Meir Ben Shabbat. Both Kushner’s visit to Morocco and this backchannel were ostensibly laying the groundwork for the “Deal of the Century” announcement and talks about normalizing ties.

After it was officially released, Morocco issued a statement saying it “appreciated” the Trump administration’s peace plan following the laudatory tone taken by several of the Gulf Arab states. It did not condemn the plan, which was rejected by the Palestinians and the United Nations. Rather, Morocco positioned itself more closely with its Arab allies in the Gulf, as well as Israel, who issued largely positive reactions to the plan.

Security ties between Morocco and Israel, especially among their intelligence services, go back decades. In 1965, Mossad, along with French and American intelligence actors, allegedly helped Morocco to kidnap and murder Mehdi Ben Barka in Paris, a Moroccan opposition activist and thorn in the side of King Hassan II.

Both Morocco and Israel were solidly rooted in the Western bloc during the Cold War—united by a shared animosity toward Arab nationalism. This geopolitical alignment continues in other forms today. They view Iran as a key threat to the region and market themselves as integral counterterrorism allies to the West. This positions them firmly in the Saudi-led bloc of Middle East countries that prioritize combatting Iranian regional influence.

Both states are members of the Warsaw conference, which convened in Poland in February 2019 and most recently in Morocco this month. The security group constitutes a major part of the Trump administration's Middle East policy, namely supporting Israel’s alliances with Sunni Arab states against Iran. Morocco broke off ties with Iran in May 2018, just days before Trump pulled out of the Iran nuclear deal, in protest of Iran’s alleged meddling in Morocco’s internal affairs. The Moroccan foreign minister even gave an exclusive interview to Breitbart News to say that they supported Trump’s maximum pressure policy against Iran.

Morocco and Israel both look to the United States and Western allies for diplomatic support in the face of global criticism about international law violations. For Israel, its Palestine. For Morocco, it’s Western Sahara. Morocco’s number one foreign policy priority is to maintain control over the disputed Western Sahara territory. It has lobbied for decades to cultivate international support for its control over the land, not unlike Israel’s lobbying efforts across the globe to shore up allies that back its occupation of the Palestinian Territories.

Economic ties are also on the rise. It is an “open secret” that trade is growing between the two states. According to the Israeli Central Bureau of Statistics, trade with Morocco between 2014 and 2017 is valued at $149 million, while Israel is not mentioned in any Moroccan statistics. Reports also allege that Israel has been selling arms to Middle East countries, including Morocco, for years. Most recently, Morocco received three Israeli reconnaissance drones as part of a $48 million arms deal package. Tourism and religious pilgrimage visits are also expanding. In 2017, 50,000 Israelis visited Morocco, and thousand of Moroccans Jews take part in religious pilgrimages to Israel every year.

Beyond realpolitik, shared cultural heritage is also important. At the time of independence, Morocco had the largest community of Jews in the Arab world, estimated at around 270,000. Today, estimates show there are about 3000 left, and Morocco has invested heavily in celebrating this small community.

The country’s “Hebraic” heritage is cited in the preamble of the 2011 constitution and celebrated in museums. Casablanca hosts the largest Jewish population in Morocco. It has an impressive museum about the Moroccan Jewish community, the only one in the Arab world, over a dozen synagogues, and a Jewish school. It hosted the first-ever Jewish film festival in 2016. Thousands of Israelis make religious pilgrimages to Morocco each year. The longest-serving royal advisor, Andre Azoulay, is one of the city’s most famous Jewish residents, who sponsors festivals celebrating Morocco’s Jewish heritage.

Is Normalization Even Possible?

The normalization of ties between Morocco and Israel may offer significant political benefits to Morocco, Israel, and the Trump administration. For Morocco, it could ensure U.S. full diplomatic support for its sovereignty over Western Sahara while also providing the added benefits of greater economic and security with Israel. For Israel, normalizing ties with another Arab state like Morocco would bolster its geostrategic alliance with Arab Gulf states. It would be a major diplomatic accomplishment and help Israel reach its goals of sidelining the Palestinian cause and establishing formal diplomatic relations with most Arab states. For the White House, this could give greater clout to the “Deal of the Century” while also expanding on its mission to cultivate Arab-Israeli ties.

But such a move is fraught with risks.

Some Arab states may want to cultivate greater economic and security ties with Israel, but their societies do not, and these regimes are fearful of a major backlash. Arab publics are still overwhelmingly supportive of the Palestinians (and critical of the United States). Protests against Trump’s “Deal of the Century” broke out in Morocco and across the Arab world after it was announced in late January.

The North African country is walking a tightrope, but the geopolitical and economic fruits of normalizing ties with Israel will likely be enough to convince the regime. They don’t pay much attention to public outcry.

Anna L. Jacobs is a researcher that focuses on the politics of North Africa. She works as the Senior Research Assistant at the Brookings Doha Center.