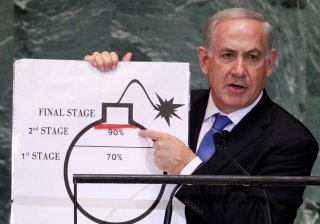 Inertia and spoilers continue to define U.S. attempts to re-enter the Joint Comprehensive Plan of Action (JCPOA) and re-establish diplomatic dialogue with Iran. So-called U.S. “allies” who would prefer the status quo in the Middle East—a U.S. security blanket in support of their adventurous and dangerous endeavors across the region—support the inertia of a U.S. presence by operating as spoilers against the deal, as the recent incident at Iran’s research facility in Natanz proves. Such an event should be viewed as it is—a blatant and intolerable attempt to subvert legitimate diplomatic negotiations and keep Washington deeply involved in Middle East security.

The risks of subversion cannot be understated given the importance of ongoing JCPOA negotiations in Vienna, Austria. The United States and Iran are at a logjam regarding a return to the deal as they undergo indirect diplomatic negotiations with European interlocutors and other members of the JCPOA, including China and Russia. These efforts constitute a last-ditch effort to bring Washington and Tehran back into JPCOA compliance before Iranian elections in June—a critical achievement that can open dialogue on other Middle East and North African (MENA) issues.

The timing of the attack at Natanz, therefore, raises serious concerns. Multiple indicators, including anonymous statements by U.S. and Israeli intelligence officials, point to Israeli responsibility for what appears to have been a cyberattack at the Natanz nuclear facility on April 11. The attack reportedly set off an explosion or fire that severely damaged electrical systems or centrifuges required for uranium enrichment.

This incident has produced a predictably negative response from Tehran, whose Foreign Minister Javad Zarif declared the attack an act of “nuclear terrorism.” Some Iranian officials and media have accused Israel of the attack a day after it occurred and are vowing revenge. Additionally, Tehran announced that it will increase uranium enrichment to 60 percent—a significant increase but not the 90 percent necessary for creating nuclear weapons. Regardless, none of this helps move the United States and Iran towards an agreement to return to compliance within the JCPOA.

Such an attack is a classic spoiler tactic as it is designed to provoke a negative response from Tehran. Israel, which has a clear policy not to confirm or deny its role in covert actions against Iran, knows that it can not only produce violent reactions from Iran with such actions but that doing so causes Iran to demand more in negotiations. Israel need only point to Iran’s response against an Israeli-owned ship and its continued actions to enrich increasingly higher levels of uranium to undermine any JCPOA revival. To be sure, this narrative ignores the fact that Israel’s actions violate international law and empower Iranian hardliners equally disinterested in any deal with the United States—a convenient omission.

Additionally, actions by would-be spoilers intentionally aim to cause domestic problems for the Biden administration. President Joe Biden’s Democratic party consists of many Iran hardliners ready to use any sign of Iranian aggression as a reason to demand more out of negotiations or let the JCPOA die. In a narrowly divided Congress, the Biden team has limited space to maneuver if it hopes to achieve ambitious and highly valued domestic policy goals.

Would-be spoilers across the Middle East also understand these domestic constraints and other U.S. national security concerns, often using them to indefinitely prolong a U.S. security blanket across the region. One need only observe situations such as Saudi Arabia’s failed military operations in Yemen; the standoff between the United Arab Emirates (UAE), Egypt, and Turkey in Libya; or Israel’s continued occupation of Palestinian land and bombing of eastern Syria to recognize the results of a deep U.S. presence in the region. In each of these cases, regional adventurism has flourished because the U.S. military presence, direct military support, and deeply engrained arms sales ensure MENA state security at the expense of U.S. interests or wider peace. MENA states commit acts of violence because Washington enables them through its actions and protects them with its military assets.

The most blatant example of this can be observed in U.S. troop levels in Iraq, Syria, Saudi Arabia, Yemen, and Qatar—all by design to counter Iranian influence. Previous administrations have shown the true intention of these military assets in the past, as proven by multiple 2019 and 2020 surges of troops and bombers to the Middle East by the Trump administration. John Bolton, an avid Iran hawk, openly expressed that the decision was designed “to send a clear and unmistakable message to the Iranian regime that any attack on United States interests or on those of our allies will be met with unrelenting force.” This rhetoric is what incentivizes so-called allies, who do not have defense treaties with Washington, to not only make risky policy decisions but also ensure the status quo in a situation in which Iran does not want and cannot afford open warfare in the first place.

This line of reasoning does not excuse malign Iranian actions—support for armed groups and brutal repression of domestic dissent by Tehran are inexcusable. Rather, it is to identify that malign activity is commonplace among all states in the Middle East to some degree. Further, that activity is supported and continued because of the notion that the United States will defend its partners in any situation to counter Iran or terrorism, regardless of the degree of unwarranted adventurism or violation of international law by those states.

Ultimately, the best action that Washington can take to temper hostilities across the region is to stop playing kingmaker for specific states, cease its role as a one-sided regional police force, and use diplomacy to bring the states together through dialogue and regional mechanisms. This starts with deals like the JCPOA, which can build trust between Tehran and Washington and allow for follow-on talks towards regional peace efforts and the continued gradual removal of U.S. assets that support deeper integration. Fortunately, talks have resumed successfully thus far.

Most importantly, such efforts are best supported by publicly rejecting spoilers and their actions that only hasten open conflict at the expense of U.S. interests and innocent people. Unfortunately, for the time being, Washington seems unlikely to publicly condemn the actions of its MENA partners as it attempts to shift its approach to the region.

Alexander Langlois is a foreign policy analyst focused on the Middle East and North Africa. He writes for the Diplomatic Courier and holds an M.A. in International Affairs from American University’s School of International Service.