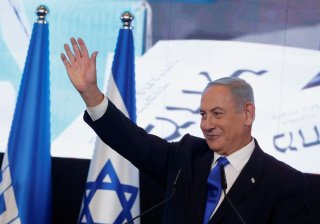 On Tuesday, Israelis headed to the ballot box to vote in the country’s fifth election in the past four years. The latest election resulted from the collapse of the sprawling governing coalition that was created following the March 2021 election; a coalition that aimed primarily to oust Benjamin Netanyahu—the longest-serving prime minister in the country’s history—from power.

The coalition covered a broad ideological range, and the premiership was split between the far-right Naftali Bennett—who held the post from June 2021 for a year and was not a candidate in this week’s election—and the incumbent Yair Lapid. As Patrick Kinglsey wrote this week in an election preview for the New York Times, “Israel keeps returning to the polls primarily because voters remain evenly split on the question of whether Benjamin Netanyahu [...] is fit to run the country while standing trial on corruption charges.” A little more than one year after Bennett and Lapid’s coalition managed to end his more than twelve-year run as prime minister, Netanyahu now appears poised to return to power.

The voter turnout in Israel has already surpassed each of the other recent elections and is expected to reach the highest turnout since at least 1999.

Voters continue to be somewhat split on that question. With about 90 percent of the votes counted, Netanyahu’s Likud party has received a plurality of the votes (approximately 23.4 percent). Given that many opposition parties united in opposing him, there were questions about whether he would receive enough votes to form a governing coalition.

But Netanyahu, whose party has moved substantially to the right (along with the rest of the country) during his last tenure, is forming a governing bloc with even more extreme-right parties, including the election’s other big winner, Religious Zionism—an alliance consisting of the Religious Zionist, Jewish Strength, and Noam parties—which is expected to grow its share of the 120-seat Knesset from six to fourteen. In total, Netanyahu’s coalition is set to hold around sixty-five in parliament. Likud could theoretically still bring other parties into their coalition and weaken the position of the Religious Zionist party, but Netanyahu has been increasingly welcoming of the far right in recent years.

Notably absent from the campaign is a discussion about resolving the Israeli-Palestinian conflict. Neither of the leaders for the premiership is expected to pursue renewed negotiations with the Palestinian leadership. Writing in Al-Jazeera this week, Marwan Bishara noted that regardless of this week’s results,

Far right fanatics and bloody generals dominate the absolute majority of seats in the Israeli parliament and compete for the seats of the terribly shrinking Left. The more elections Israel holds the less democratic and more despotic it becomes towards the Palestinians.

As a result of disillusionment with the government and violence in the occupied territories, voter turnout among Arabs who are allowed to vote was expected to be low, though the final numbers may prove that theory incorrect.

Despite the increasingly unlikely future of an independent Palestinian state and with incidents of state-sanctioned violence against Palestinians continuing to rise even before votes were cast, the outcome of this election may have particularly dangerous consequences for Palestinians.

“The leader of one element of this [religious zionist] party is [Itamar] Ben Gvir, who everyone in Israel considers to be the big winner of the election. He’s a lawyer who tends to represent Jewish murderers of Palestinians, who commit terror acts, not in uniform, as civilians,” Daniel Levy, president of the U.S./Middle East Project, told Vox this week. “He will appear in Palestinian neighborhoods where settlers are trying to move in, brandishing a pistol, using his parliamentary immunity. He has faced 50 criminal charges, of which he has been convicted of 12, including racist incitement and support of a terrorist organization.”

According to the Times, the ultra-right alliance will pursue both the removal of “any semblance of Palestinian autonomy” in the occupied West Bank and expand the power of lawmakers in Israel.

The ascension of the radical right is a logical continuation of the last decade or so in Israeli politics. The election also solidified what was already clear, there is no longer a meaningful left-wing Zionist party. Labor, which for decades was the country’s largest political party, will probably barely eclipse the 3.25 percent threshold needed to qualify for seats in the Knesset.

How the United States responds to these results is an open question. President Joe Biden’s administration has been cautious so far in dealings with Israel, toning down some of the blank-check rhetoric from Donald Trump’s presidency while simultaneously keeping many of their predecessors’ policies in place. Biden likely did not want to see Netanyahu return to power, especially not with the coalition that appears to be forming. But State Department spokesman Ned Price said this week “No matter the shape of the Israeli coalition and government, our relationship will be strong and enduring. However, Barak Ravid reported in Axios that the Biden administration may choose not to work with Ben-Gvir if he becomes a minister.

Much remains to be answered about Israel’s next government. One thing that is clear is that the most extreme elements in Israeli politics are now firmly implanted into the political mainstream.