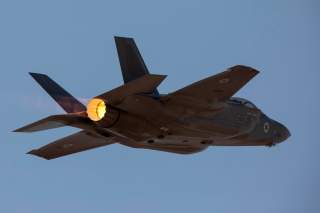 Benjamin Netanyahu’s return to power in March 2009 radically changed Israel’s foreign policy strategy. Since the establishment of the state in 1948, the country focused on the conflict with its Arab neighbors. From the early 1990s onwards, including during Netanyahu’s first term in office (1996–1999), it centered on the conflict with the Palestinians. But in the course of the last decade, the aim of solving the conflict with the Palestinians has been replaced with a concentrated effort to thwart Iran’s nuclear project, which Netanyahu defined as an existential threat to the Jewish state.

Netanyahu’s predecessors were familiar with the Iranian nuclear threat. Yitzhak Rabin’s decision to engage in the Oslo process in the early 1990s was motivated in part by the need to end the conflict with the Palestinians before Iran becomes nuclear. Under Ariel Sharon and Ehud Olmert (2001–2009) Israel conducted, in cooperation with the United States and other states, an intense secret war against the project, which involved, among other things, the assassination of senior Iranian nuclear scientists in Teheran and the use of Stuxnet, a malicious computer worm that damaged Iran’s nuclear facilities and delayed the project. Simultaneously, Israel conducted a secret campaign to impose international sanctions on Iran. In this context, Sharon and Olmert were ready to make concessions in the Palestinian issue in order to gain support for Israel’s efforts on the Iranian front.

Under Sharon and Olmert Israel kept its anti-Iran struggle in a low-profile. Netanyahu turned Israel’s role in the diplomatic campaign into a public one, warning against the Iranian threat in every international forum. Furthermore, three times in 2010–2012 he pushed for a massive military assault on Iran’s nuclear facilities but failed to overcome the opposition of the chiefs of the security establishment. They argued that the military option was not ripe yet; that the secret warfare was sufficiently effective; that there was no need yet for a strike that was likely to lead to a general war; and that an uncoordinated military initiative would yield a major crisis with the Obama administration.

The military option ceased to be viable in 2013 when progress in the P5+1 talks, which aimed to bring about a nuclear deal between the great powers and Iran, had been reached. In stark contrast to Israel’s cautious policy since 1948, Netanyahu confronted President Obama directly, and, once the agreement was reached in 2015, interfered with American domestic politics, siding with the Republican Party in order to prevent the ratification of the agreement in Congress, thus worsening Israel’s relations with the Democrats. He continued preaching against the agreement after it was ratified and influenced President Trump to withdraw from the deal in May 2018. In response, Iran started renewing certain elements of its nuclear program.

The conflict with Iran has also a conventional facet. Fearing an Israeli attack, Iran and its ally, Hezbollah, had constructed in Lebanon a missile arsenal aimed at deterring Israel from attacking Iran. Although most of this 130,000 stock is made of short-range rockets, Hezbollah has also accumulated hundreds of heavy rockets that cover most of Israel’s territory. In recent years Iran focused on improving its accuracy and since 2012 Israel carried out numerous air-strikes, mostly in Syrian territory, to forestall this project. Though the Israeli attacks slowed down the project, Hezbollah is presently equipped with an unknown number of long-range guided ballistic rockets. Combined with its huge arsenal of unguided missiles and the Iranian capabilities which were demonstrated in the September 2019 attack on the Saudi oil facilities, Israel faces now a de-facto conventional balance of terror with Iran and Hezbollah.

Until recently Netanyahu’s Iranian strategy, which rested on four assumptions, was considered a success story. But the events of recent weeks cast doubt on the validity of each assumption, leading the respected Israeli daily Haaretz to announce in its editorial of October 11 that "Netanyahu’s Policy has Collapsed."

What were the assumptions and why did they collapse?

The first was the belief that superior military and economic power can lead to desirable outcomes irrespective of the balance of motivations between the parties. Netanyahu is a strong believer in the material superiority of the anti-Iranian American-Saudi-Israeli coalition manifested by the “maximum pressure” strategy of the Trump Administration. The pressure (and the military superiority which was to deter Iran from resorting to war), was expected to compel Teheran to accept a more demanding nuclear agreement, severe limitations on its missile program and malign regional interventions. At best, it could precipitate the collapse of the Ayatollahs’ rule.

From our present vantage point, this assumption seems ungrounded. Despite its vulnerability and the internal hardships caused by the sanctions, Iran has only accelerated its aggressive behavior both militarily and politically. In recent months, it attacked oil tankers in the Gulf, downed a U.S. intelligence drone, conducted a highly destructive attack on Saudi oil installations, and rejected President Trump’s willingness to start talks. So far, Iran shows that a combination of nationalist fervor and political determination does indeed compensate for relative material weakness.

Netanyahu’s second mistaken assumption was that Trump would completely change the course of American policy and lead a coherent and more pro-Israeli strategy than his predecessor. The president’s extravagant diplomatic gestures—the relocation of the U.S. embassy to Jerusalem, the partial recognition of Israeli sovereignty over the occupied Golan Heights and the withdrawal from the Iran deal—served to validate this assumption.

Leaving aside the question of whether President Trump has any clear, coherent or consistent foreign policy in general, his conduct since coming to power was precisely the opposite to President Theodore Roosevelt’s famous advice, “Speak softly and carry a big stick.” Trump has shown in his dealing with North Korea and Venezuela that there is a significant gap between his rhetoric and his willingness to resort to force. Despite his “Fire and Fury” threats, and notwithstanding seven decades of American security umbrella to Saudi Arabia, President Trump has refrained from reacting forcefully to the destruction of the Saudi oil installations. His recent desertion of America’s Kurdish allies in Syria has generated a strong conviction, even among some of his erstwhile supporters, that the Trump-led United States cannot be relied upon to honor its international commitments. Israel seems to be learning this same lesson. The main theme of the Likud Party’s election campaign during the summer of 2019 was that Netanyahu’s personal relationship with Trump places him in a “different league” from his political opponents and that it guarantees U.S. support for Israel. Following Trump’s recent actions, however, close relations with the American president are now beginning to seem more like a liability than an asset.

Netanyahu’s third compromised assumption hinged on the realpolitik logic, that “the enemy of my enemy is my friend.” In this case, Netanyahu expected that the Saudis will cooperate with Israel against Iran despite their opposing positions on the Palestinian question and that the Palestinian issue will be marginalized in Middle East diplomacy under the shadow of the Iranian threat.

Although we don’t yet know the extent of the secret cooperation between Israel and Saudi Arabia as well as other Sunni states, we do know that none of them has agreed to advance its relations with Israel publicly without some political progress on the Palestinian front. Moreover, as a realist, Netanyahu has had to assume that when the more powerful ally was unwilling to resort to force, the weaker ones will tend to become cautious and even appeasing. This seems to be the direction taken by the Saudis lately. With the absence of a credible U.S. security umbrella, Riyadh prefers diplomacy over escalation.

Finally, Netanyahu assumed that unilateral policy undertaken by a friendly American administration was preferable to a multilateral accord with the EU, China and Russia, which would, presumably, be less pro-Israeli. This assumption turned out to be problematic as well since unilateralism might be bypassed by the sanctioned party through cooperation with other powers. It is yet to be seen how Iran will meet the American challenge in this realm but so far it did not weaken its resolve.

With an unreliable president in the White House, a less-than-friendly Democratic party in Congress, disillusioned friends in the EU, and wary partners in the Middle East, Israel faces growing Iranian regional expansion as well as an Iranian-Hezbollah rocket arsenal that limits its freedom of action. Israel is still the strongest military power in the Middle East, but the recent need to increase the state’s defense budget by 1.2 billion dollars is a good indication of its new strategic apprehensions. Netanyahu once said that he wished to be remembered as “the defender of Israel.” It is doubtful whether history will indeed remember him this way.

Uri Bar-Joseph is professor emeritus in the Department of International Relations at the University of Haifa, Israel. His most recent books are The Angel: The Egyptian Spy Who Saved Israel (HarperCollins2016), with Rose McDermott, Intelligence Success and Failure: The Human Factor (Oxford UP 2017), and Sudden Attack: Intelligence and Leadership in the Ultimate Test (Hebrew, Dvir, 2019).