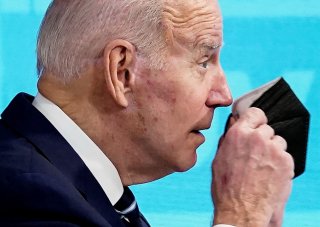 The most up-to-date reading on consumer prices in the United States revealed that they surged 7.5 percent in January from a year earlier—the fastest annual pace in about forty years.

However, some experts are now fearing that this could just be the beginning and inflationary pressures could ramp up even more in the coming weeks and months. And it appears that such a tough environment seems to be ripe for more calls for stimulus checks as well.

Two particular areas that are seeing skyrocketing prices these days are gas and housing. Do take note that even before Russia’s invasion of Ukraine, gas prices were already on an upward trajectory. But with sanctions now taking aim in some respects at Russian energy supplies, gas prices will now directly impact U.S. consumers even more.

According to AAA, the national average is $3.73 a gallon. In comparison, the average U.S. gas price was sitting at roughly $2.65 a year ago. In California, it appears that prices will soon hit $5 as the average has now been bumped up to $4.94 a gallon. Russia's war in Ukraine will make all of this worse.

“Unfortunately, on an average year, gas prices go up 25 to as much as 75 cents a gallon between March and Memorial Day,” he added.

As for the current cutthroat housing market, it won’t be easing anytime soon, according to Zillow. The company now expects the year-over-year rate of home price growth to peak at a whopping 21.6 percent come May. And for those who are priced out of the market, rent prices are quickly surging as well.

“Annual home value growth is likely to continue accelerating through the spring before peaking at 21.6 percent in May,” the researchers noted, adding that by the end of January 2023, the typical U.S. home is expected to be worth more than $380,000.

With many Americans struggling to pay for gas and housing, it is unsurprising to see that calls for a stimulus check continue to grow. Case in point: This Change.org stimulus check petition has garnered well over 3 million signatures.

Over the course of the two-year-long coronavirus pandemic, many Washington lawmakers were aware of the sufferings endured by many Americans. Keep in mind that Congress had already approved three much-needed stimulus checks to most eligible individuals—a $1,200 check in April 2020, $600 in December, and the $1,400 payments green-lighted last spring under President Joe Biden’s American Rescue Plan.

However, over the past several months, both the White House and Congress have stayed mostly silent on the prospect of future stimulus checks. Instead, they now seem to be more interested in passing some form of the Build Back Better legislation. That bill could potentially extend the enhanced child tax credit, which is seen in some circles as being an unofficial version of a recurring fourth stimulus check.