Is Pakistan’s Influence Over the Afghan Taliban Weakening? 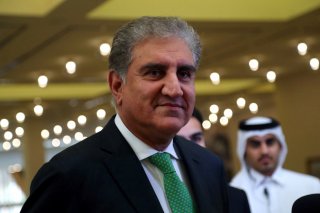 As the intra-Afghan talks progress, among other likely changes, Pakistan-Taliban relations would also evolve. Arguably, the road to peace in Afghanistan no longer runs through Islamabad. Ahead of the intra-Afghan negotiations, the reshuffles within the Taliban hierarchy indicate that the insurgent group is trying to emerge from Pakistan’s shadow. The Taliban leadership is doing this to bolster its political legitimacy, particularly since the signing of the U.S.-Taliban deal in February, and to remove the Pakistani proxy tag.

Pakistan is deeply unpopular in Afghanistan and continued association with it would damage the Taliban’s credibility among the Afghans. Hitherto, the Taliban, despite their desire for strategic autonomy, have remained responsive to Pakistani demands to keep their support structure. Interestingly, the proposed locations for the upcoming rounds of the intra-Afghan talks include Oslo, Norway, Tashkent, Uzbekistan, and Doha, Qatar, but not Islamabad.

Unlike Pakistan’s central role in the U.S.-Taliban deal, Islamabad’s role in the intra-Afghan negotiations would be reduced, just like other regional countries, to that of a facilitator.

Pakistan opposes to the revival of the pre-9/11 status quo in Afghanistan and wishes the Taliban’s incorporation in the current power structure. Pakistan is equally nervous about a hasty U.S. exit from Afghanistan and laments the absence of a potential peace guarantor. The Taliban’s full-scale return to power in Afghanistan would not only be a great morale booster for a plethora of jihadist groups in Pakistan, but it will trigger a fresh wave of radicalization (read Talibanization) in Deobandi madrassa networks sympathetic to the Taliban.

In recent months, several steps taken by the Taliban leadership validate that the group’s efforts to minimize its dependence on Pakistan. A case in point is the rise of Mullah Yaqoob, Mullah Omar’s eldest son, as the head of the Taliban’s military commission, superseding several senior Taliban commanders. Yaqoob represents the younger generation of the Taliban, who has neither lived in Pakistan nor carries any baggage of Pakistani patronage. Likewise, the appointment of hard-liner Mullah Abdul Hakim Ishaqzai, the Taliban’s de-facto chief justice, as the head of the intra-Afghan negotiation team, should be seen in the same vein. Hakim has replaced Mohammad Abbas Stanekzai who is considered closer to Pakistan. Hikaim’s appointment not only assuages the reservations of the Taliban hardliners but strengthens the impression that the group would not compromise on its demand of Shariah rule.

Similarly, the Taliban’s request to Kabul to send freed Taliban prisoners in the future to Qatar, as well as the dispersal of the Rahbari Shura (executive council) in Afghanistan, Qatar, and Pakistan, is indicative of the group’s effort to break free from Islamabad’s patronage.

Pakistan-Taliban ties have always remained fluid due to the latter’s aspiration for strategic autonomy and the former’s efforts to control the group coercively. Pakistan’s influence peaked during the period when the Taliban were weak and declined when the Taliban made gains. This relationship was not based on loyalty or brotherhood, rather on converging interests and lack of viable alternatives.

The Pakistan-Taliban patron-proxy relationship started transforming with the Taliban’s military victories, which increased their territorial control, political influence, and financial autonomy. Pakistan’s main leverage over the Taliban was the provision of sanctuaries, which weakened with the group’s territorial gains in Afghanistan. More territorial control allowed the Taliban more hideouts in Afghanistan and less dependence on Pakistan. Furthermore, the opening of the Taliban’s Qatar office allowed the group to diversify its ties with other regional countries such as China, Russia, and Iran. These countries opened up to the Taliban following the emergence of the Islamic State of Khorasan Province (ISKP) in 2015. They saw ISKP’s rise in Afghanistan as a threat to their national securities and extended material support to checkmate the former’s growth.

In the past, Pakistan’s security agencies have used a combination of intimidations and arrests to regulate the Taliban's behavior and gain desirable cooperation. For instance, in 2010, Mullah Ghani Baradar, then deputy chief of Mullah Omar, was arrested for unilaterally approaching then-Afghan President Hamid Karzai through Norwegian UN diplomat Kai Eide for talks. Similarly, in 2014, Pakistan temporarily detained two brothers of then-head of Taliban’s Qatar office Tayyeb Agha for bypassing the ISI and directly reaching out to the United States. Quite to the contrary, in 2015, when Pakistan threatened to expel the Taliban if they did not open negotiations with Kabul, the group was ready to move out of Pakistan instead of bowing to any dictates detrimental to its interests. These instances underscore the Taliban’s consistent desire to tread a path independent of Pakistan.

This year in May, the Taliban’s unequivocal denial of its rumored participation in Kashmir's insurgency following the complete exit of the United States from Afghanistan underlines that in the future the group does not want to be dragged into India-Pakistan regional proxy wars. Denying such social media rumors, the spokesperson of the Taliban’s Qatar office Suhail Shaeen reiterated the Taliban’s policy of non-interference in the internal affairs of other countries.

Furthermore, despite Pakistan’s reservations and complaints, the Afghan Taliban have never taken action against or dispelled Tehrik-e-Taliban Pakistan (TTP) from its Afghan hideouts. TTP continues to launch attacks inside Pakistan from these hideouts. Quite to the contrary, when ISKP branched out of TTP and challenged the Taliban’s ideological supremacy, it was dealt with swiftly. The Taliban have used TTP as a bargaining chip in its dealings with Pakistan.

Notwithstanding the outcome of the intra-Afghan peace talks, Pakistan’s influence over the Taliban will continue to decline. Keeping this in view, Pakistan should also enhance its relations with other Afghan ethnic and political groups by reorienting its narrow and security-centric Afghan policy to a more holistic and comprehensive policy.

Abdul Basit is a research fellow at the S. Rajaratnam School of International Studies (RSIS), Singapore. He tweets @basitresearcher.