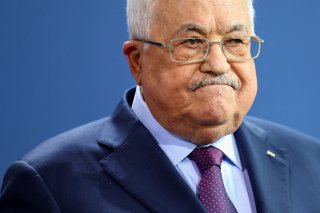 Mahmoud Abbas visited Germany last week to build international support for the Palestine 194 campaign—an attempt to achieve Palestinian statehood via UN approval rather than negotiating with Israel. The odds are long, but the Palestinian Authority (PA) president often turns to promises of statehood to distract from his increasing authoritarianism. Yet rather than galvanizing support, Abbas is actually empowering his nemesis—Hamas.

Abbas first mentioned in 2010 his ambition to make Palestine the 194th UN member state. The Palestine 194 campaign gained traction in 2012 when the UN General Assembly granted the “State of Palestine” non-member observer state status. Abbas proclaimed, “If we don’t obtain our rights through negotiations, we have the right to go to international institutions.” In effect, Abbas wanted the benefits of statehood without the difficult compromises necessary to achieve an agreement with Israel.

His campaign saw progress in 2014 when the PA won admission to ten international conventions and treaties, including the UN Convention Against Torture. The PA has since moved to join dozens of international bodies. Yet only the UN Security Council can grant approval of full Palestinian membership, thus Abbas’ goal remains out of reach without American support.

Nonetheless, the PA has urgently renewed its efforts to achieve full recognition. But a decade of paper gains at the UN has only widened the gap between Palestinians’ perceived progress towards statehood and the reality of institutional breakdown under Abbas.

While the PA projects an image of political stability to international audiences, domestically, the Palestinian political scene has been plagued by repression and fragmentation. In 2006, after Hamas won a majority of seats in the Palestinian Legislative Council (PLC), Abbas declared a state of emergency, disbanded the Hamas-led unity government, and appointed a hand-selected emergency cabinet. Since then, the Palestinian president has ruled by decree. (The PLC lay dormant until 2018, when Abbas and the Fatah-packed Supreme Constitutional Court finally dissolved it.)

Abbas promised a new round of PLC and presidential elections in 2021, yet canceled them as growing internal discontent led Fatah’s political base to divide into three camps, facing Hamas’ united front. This latest extension of one-man rule has become the subject of extensive protests. On the defensive, Abbas retracted measures that would have curbed due process, yet he continues to act as the autocratic leader of the PA.

A 2021 poll indicated Abbas would lose to Hamas leader Ismail Haniyeh in presidential elections by a twenty-two-point margin, capping a precipitous decline in Abbas’ favorability. Rumored Abbas successor, Hussein al-Sheikh, is even less popular, with only 3 percent of Palestinians favoring him to succeed Abbas. For its part, Hamas has seized on Abbas’ plummeting favorability to gain political influence in the West Bank, while calling for Palestinians to “revolt” against the PA. In response, the PA has repeatedly cracked down on West Bank Hamas supporters. Rather than building a state, Abbas is leading the PA toward chaos.

The Palestine 194 campaign converged with the PA’s increasingly authoritarian tendencies when the UN Committee Against Torture (CAT) released its report on the “State of Palestine” last month. This was a routine review triggered by the PA’s 2014 accession to the UN Convention Against Torture. While CAT, a subsidiary of the UN Office of the High Commissioner for Human Rights (OHCHR), is meant to review all convention signatories every four years, this was its first review of the PA.

Though Abbas has pursued international recognition to conceal his despotism, his accession to CAT has done the opposite. CAT’s report underscored the PA’s slide into authoritarianism by calling on the government to limit the duration of declared states of emergency, protect freedom of expression, and restore the PLC. Along with noting allegations of PA security force culpability in torture, lack of legal safeguards afforded to PA prisoners, and PA arbitrary arrests of critics, the review highlighted the 2021 death of Abbas-critic (and 2021 legislative candidate) Nizar Banat at the hands of Palestinian security forces. Apart from CAT, human rights advocates have accused the PA of shuttering critical websites, silencing journalists, and systematically using torture to silence critics (for example at the “Jericho Slaughterhouse”).

Two decades of Abbas rule have left the Palestinians divided, lacking democratic protections, politically hopeless, and on the precipice of an ugly succession battle. The aging Palestinian president’s increasing authoritarianism has gone hand in hand with his decreasing popularity. Western governments should make clear to Abbas that Palestine 194 is a dead end. The path forward must include curtailing authoritarian measures and cooperating with Israel on economic development and state building. Illusory international progress towards statehood cannot mask the Palestinian stasis.

David May (@DavidSamuelMay) is a senior research analyst at the Foundation for Defense of Democracies, where Zachary Fesen is an intern. Follow FDD on Twitter @FDD. FDD is a Washington, DC-based, nonpartisan research institute focusing on national security and foreign policy.