Reputation Is Everything: How Saudi Arabia Can Be Pressured On Human Rights 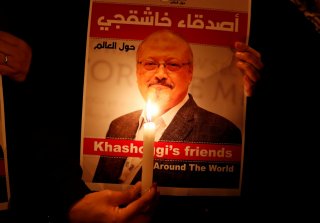 Saudi Arabia’s period of impunity in the face of an array of human rights violations at home and abroad is not as resilient as it appears. This is reflected by a recent rebuke of the Gulf monarchy on September 16, in which twenty-nine members of the United Nations Human Rights Council (OHCHR) again condemned Saudi Arabia for its role in the killing of Jamal Khashoggi in a statement. This is certain to agitate the powerful Gulf state due to its clear interest in presenting a modern and tolerant face, and similar criticism should be sustained to establish Saudi compliance with basic human rights standards.

The statement is the third such rebuke of the Saudi role in killing Khashoggi, a Saudi national who was murdered by Saudi Arabian operatives in the Saudi’s Turkish embassy in October 2018. The coalition of states signing on to the statement consisted mostly of European nations and was read to the Council by Denmark’s Ambassador Carsten Staur.

Saudi Arabia concluded trials against those involved on September 7, in which it sentenced eight individuals to prison terms between seven and twenty years. The trial was not open to the public and largely failed to bring about justice.

The timing of this statement from the various OHCHR members is critical. Saudi Arabia is working to move beyond this glaringly ugly moment that has harmed its international standing, as reflected by the speedy and lacking trial. Although it has yet to be fully seen, the trial’s results are already harming Saudi Arabia’s quick attempts to move on from the murder.

The OHCHR statement reflects an approach to autocrats that has worked in the past and applies to Saudi Arabia today. The international community, through reputable international organizations, is an effective medium for coalition-building against states guilty of human rights abuses. Saudi Arabia is no exception to this approach and cares extensively about its international standing.

This is reflective of the Vision 2030 agenda, a plan to create and present an increasingly progressive and appealing Saudi Arabia. The program is MBS’ brainchild and aims to promote foreign investment and increase Saudi diplomatic standing, and ultimately its soft power, internationally. In order for such an ambitious modernization plan to work, reputation is everything.

A weakness ultimately emerges out of the Saudi strategy: how can a state that murders its citizens in a third country for political reasons stand for progressive values or depict modernization with the existence of an ineffective judiciary that strengthens impunity?

This and other questions are being asked by the international community and reflect the reasoning behind the statement in the OHCHR. Soft power approaches that highlight the vast array of human rights violations by Saudi Arabia should be reinforced to achieve policy goals.

The United Nations and its members have many tools at their disposal to achieve success with this approach. The UN child-killing blacklist is one such tool, although Saudi Arabia was removed in June for so-called “improvements” in its efforts to avoid civilian deaths in Yemen. For many experts, this was insulting given the Saudi-coalition had killed 222 children in 2019 as a result of its air campaign and a dozen civilians and children just days before the announcement.

At the same time, the list and other diplomatic approaches designed to pressure states are relatively ineffective without a strong coalition. This is why the continued persistence of the United States to defend Saudi Arabia is frustrating, as it empowers a young MBS’ autocratic tendencies and affirms his impunity.

A future administration needs to take a human rights-focused approach to foreign policy that sides with statements and stances like that of the one out of the OHCHR. This should come with efforts to limit the sale of arms to a blatant human rights violator facing potential future war crimes.

The international community is taking a necessary step to address injustice and human rights violations with the statement in the OHCHR. Saudi Arabia cares about its international standing and can be influenced by diplomatic pressure that harms investment and its soft power capabilities. While some major players are notably absent, the current coalition should continue to pressure Saudi Arabia to honor human rights standards.