Saudi Arabia Lashes Out at Canada—What’s Behind the Recent Diplomatic Row? 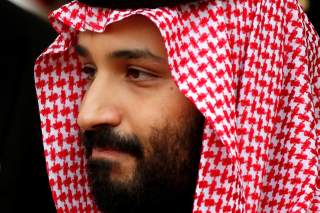 On August 2, Canada’s Liberal government demonstrated its willingness to criticize human-rights abuses taking place in the Kingdom of Saudi Arabia. Following the arrest of Saudi women’s right activists Samar Badawi and Nassima al-Sadah, Canadian Minister of Global Affairs Chrystia Freeland publicly called for their immediate release and expressed her deep concern for the ongoing plight of human-rights activists in Saudi Arabia. Her sentiment was then echoed by official releases from the Ministry of Global Affairs. In the hours following the release of these statements, a diplomatic firestorm broke out.

Certainly, the Kingdom is not known for its outstanding human-rights record. The ruling Saudi royal family maintains complete political control of the country, forcefully crushing most dissenters while strictly enforcing Islamic Sharia law. Meanwhile, its armed forces have come under increasing scrutiny for their operations in Yemen, due to high civilian casualties and allegations of indiscriminate bombing.

Nevertheless, when it comes to Saudi Arabia, realist thinking often prevails over the values of liberal internationalism. The Kingdom’s large oil reserves, significant financial clout, and geopolitical importance vis-à-vis Iran have spared it much of the international condemnation being levelled at other states with comparatively poor human-rights records. This became glaringly evident when the Canadian government green-lit a $15 billion-dollar deal to supply Saudi Arabia with Canadian-built LAV 6.0 fighting vehicles despite concerns they would be used to suppress uprisings.

Regardless, the Saudi government considered Canada’s recent statements to be “overt and blatant interference in the internal affairs of the Kingdom,” and took swift retaliatory action. Riyadh began by expelling the Canadian Ambassador and then freezing new business and investment transactions. Since then, the Saudis have escalated the situation by ordering some sixteen thousand Saudi students studying in Canada to leave, and suspending Saudi Airlines flights in and out of Toronto. The situation was made more tense when a verified Saudi-government Twitter account, @infgraphic_ksa, tweeted an image that appeared to show an Air Canada flight headed towards the CN Tower in Toronto with the caption “He who interferes with what doesn’t concern him finds what doesn’t please him.” The account has since deleted the image and issued an apology, claiming it was meant to represent the Canadian Ambassador’s return home, but this explanation is unlikely to put the Canadian public at ease.

Amid these provocative actions, the Canadian government has stood firm. Freeland released a statement that read, “Canada will always stand up for the protection of human rights, including women’s rights and freedom of expression around the world. We will never hesitate to promote these values and we believe that this dialogue is critical to international diplomacy.” However, no other concrete actions from Ottawa have yet to emerge, and Canadian Prime Minister Justin Trudeau has remained silent.

Some analysts, including Ayham Kamel of the Eurasia Group, have been quick to blame Washington for the row, citing the Trump administration’s seeming lack of concern for human rights around the world. According to this perspective, human-rights abusers have come to understand their bad behaviour will not attract Washington’s ire so long as American economic and military interests are respected. Indeed, the US State Department has thus far refused to side with its Canadian ally and has instead called for Saudi Arabia to provide additional “clarification” regarding the situation. Certainly, without the impressive support of the world’s premier superpower behind human-rights concerns, it is easy to see why tyrants would be emboldened.

Yet, this analysis ignores that the United States has long been a steadfast ally of the Kingdom and has offered little beyond muted criticism of its human-rights record. In fact, the Obama administration continued to supply the Saudi Arabia with offensive weapons, despite allegations of Saudi war crimes committed in the Yemini Civil War. Even during the Bush years, allegations of Saudi involvement in the 9/11 attacks were glossed over by the United States. Overall, this signals that Washington has consistently prioritized the strategic nature of its relationship with Riyadh over human-rights concerns. Therefore, it can be concluded that the underlying causes of this standoff are more than simply a lack of concern over human rights from Washington.

In reality, Saudi Arabia’s diplomatic row with Canada reflects a broader trend towards a more aggressive foreign policy. Since Crown Prince Muhammad bin-Salman, often simply known as MbS, formally assumed office in June 2017, the Kingdom has ramped up its assertiveness in the international arena. Thus far, the Crown Prince has demonstrated his aggressive approach to foreign policy on several occasions. First by escalating the war in Yemen, then by cutting off diplomatic ties with Qatar and subsequently imposing a blockade, and finally by initiating a tense standoff with Lebanon and potentially holding its prime minister against his will.

Additionally, despite outwardly presenting himself as a reformer and modernizer who is firmly in control of his Kingdom, MbS remains in a delicate position, so he is likely exploiting this row for domestic political purposes. Plunging oil prices have forced the country to run significant deficits, and the outcome of the military operation in Yemen remains in question. Ballistic missiles launched from Houthi-held areas frequently target Saudi cities and military bases, and bin-Salman has thus far been unable to find a permanent resolution to this problem. Taken as a whole, these crises threaten the Crown Prince’s internal standing. Consequently, the Crown Prince has used the crises with Qatar, Lebanon, and now Canada to demonstrate his resolve and win victories to score political capital.

Canada is an ideal Saudi target for a number of reasons. Lingering animosity stemming from delays associated with Ottawa’s hesitancy to move forward with an agreed upon $15 billion arms deal has likely played a role. Most importantly, however, Canada is of relatively little economic importance to Saudi Arabia. In 2017, Canada imported a little over $70 million worth of Saudi goods. By contrast, in the same year Germany imported just under $211 million worth goods from the Kingdom. Therefore, by putting Canada on notice, the Saudis have sent a message to the wider Euro-Atlantic community that criticism of their internal affairs is most unwelcome with minimal risk to their bottom line.

Moving forward, it is unlikely that this crisis will escalate beyond a tense diplomatic row. Saudi Arabia is primarily looking to send a message that its internal affairs are of no concern to other states. Riyadh has achieved this goal, though whether the message is heard by its intended audience is another matter. Further, its actions reflect the need for MbS to appear firm, but also expose the broader trend towards greater Saudi belligerence. It remains to be seen how other NATO allies will react, but without clear American leadership, a unified Western response remains unlikely. Without support from other allies, Canada has few options beyond diplomatic protests and sharp rhetoric, though Ottawa retains the ability to increase domestic oil production to reduce Canadian dependence on Saudi oil and attempt to push prices lower. In the end, Saudi-Canadian relations will likely remain under significant strain for some time as the reverberations from this row will continue to linger well into the future.