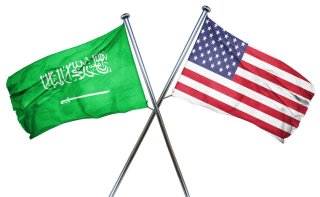 Last month, the Kingdom of Saudi Arabia (KSA) rolled out the purple carpet for Chinese leader Xi Jinping as part of a series of meetings between Arab leaders and China. Xi’s visit reflects China’s growing ambitions in the Middle East and beyond—often to separate the United States from its historic partners to China’s benefit. The best response to Xi’s charm offensive in Riyadh is to double down on America’s relationship with the KSA.

Although Biden’s visit was helpful in defrosting relations with Riyadh, it was not met with the same pomp and circumstance that the Chinese visit garnered. But this is not the only sign of the growing Sino-Saudi relationship.

The momentum continued when Xi touched down in Riyadh. During Xi’s visit, he and MBS signed a strategic partnership between their respective nations, as well as facilitated a number of private sector deals between Saudi and Chinese companies in fields including information technology, genetics, mining, hydrogen energy, and manufacturing totaling more than $29 billion. Notably, Huawei signed a memorandum of understanding with a Saudi government ministry that enables the telecom conglomerate to build partnerships with local data centers.

The two also agreed to make this a more regular dialogue, as they continue to find tangible ways to deepen their relationship where their interests align. For the Saudis, those interests include gaining access to massive investment from the world’s second-largest economy.

The Saudis may also see ties with Beijing as a hedge against their biggest regional threat, Iran—the thought being that Iranian reliance on China might be a lever by which to moderate Tehran’s malign behavior in the region. Moves closer to China increased when the Biden administration announced its intention to revive the Joint Comprehensive Plan of Action (JCPOA), a deal the kingdom has vehemently opposed. American promises and declarations about “longer and stronger” during negotiations did little to assuage Saudi concerns.

But mass protests in Iran and the regime’s response have seemingly changed the calculus for the Biden administration, leading it to announce, perhaps unintentionally, that the Iran deal is dead. While this could ease some tension between Washington and Riyadh, America should officially commit to this position, both to dispel the fiction that such a return is feasible and to reassure our partners in the region.

More broadly, in order to salvage America’s fragile position in the Middle East, the White House needs to invite a Saudi delegation to Washington to outline why Saudi interests are better served when Riyadh partners with the United States over China, while also being frank about why it matters to America.

First, the administration should reassure the KSA that the United States is better equipped and more likely to contain Iran. This starts with accepting that the window of opportunity for a nuclear deal has passed. Since JCPOA negotiations began, the KSA and others in the region have viewed Washington’s concessions as a sign of weakness, proof the United States was abandoning its allies. In order to counter this narrative, the United States should denounce Iran’s shifting demands and publicly call the time of death on the JCPOA.

Second, the United States should increase its Foreign Military Sales to the KSA. This would help arm them with cutting-edge products against Iran and the proxies it employs to destabilize the region. Iranian proxies also target longtime American ally, Israel, and that dynamic is unlikely to improve with a greater Chinese presence. When Xi met with Palestinian Authority leader Mahmoud Abbas during his recent trip, he reiterated that China “always stands with the Palestinian people.”

Third, Washington should work with corporate America to provide investment alternatives to Chinese products. Not only would closer economic ties advance American commercial interests, but they would also help ensure the KSA doesn’t become technologically dependent on China. Recent telecom deals may seem innocuous but Huawei and other Chinese companies have been banned from the United States and elsewhere due to their affiliation with the CCP and involvement in skirting sanctions and in enabling minority repression. Before the KSA goes all in on China, the United States should present alternatives to these blacklisted businesses.

Saudi Arabia has long been a leader in the Arab world and will likely continue to do so for years to come. To retain this strategic relationship, the United States needs to make it clear that its shared interests have not shifted. With China and Xi Jinping attempting to disrupt over seven decades of mutual understanding, the onus is on Washington to reassert its position as the indispensable ally.

Mariam Wahba is an Egyptian-American Middle East analyst. She is an Associate Director of Advocacy with the Philos Project and the co-host of the Americanish podcast.

Zane Zovak foreign policy analyst who writes about the U.S.-China rivalry. His work has been featured in publications such as Foreign Policy, The Diplomat, The National Interest, and Defense One.