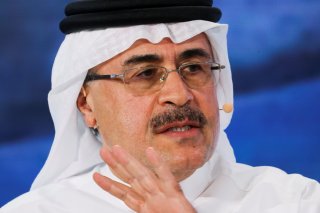 After holding its “Middle East Green Initiative” during the weekend, the government of Saudi Arabia has announced a series of reforms intended to cut the country’s carbon emissions and fight climate change.

The plans, presented by Crown Prince Mohammed bin Salman, included a target of “net-zero” carbon emissions by 2060, as well as more than $10 billion pledged for climate-friendly investments and a commitment to plant fifty billion trees across the Middle East.

These plans, however, came at the same time Saudi state-owned oil giant Saudi Aramco pledged to expand its crude oil production by roughly one million barrels per day by 2027, a measure that critics alleged would wipe out any positive results gained from the Saudi climate plan.

Some activists have called for Riyadh to “keep it in the ground”—or cease pumping hydrocarbons immediately—although it is unclear how Saudi Arabia, whose economy is overwhelmingly dependent on oil revenue, can realistically achieve this. More reasonable voices have urged the government to scale back planned expansions of its extraction capacity. The International Energy Agency indicated in May that countries should immediately halt future oil and gas development, underscoring the risks it posed to the international target of net-zero carbon emissions by 2050.

The Saudi government has defended the expansion by promising to create a “circular carbon economy,” in which carbon emissions released from oil are reduced as much as possible through recycling and reuse in other sectors. It has also pushed the emerging technology of carbon capture and sequestration as a solution, although energy experts have warned that the technology is expensive and would not be a realistic solution for the country.

Lastly, the Saudi government has indicated its willingness to pay for carbon offsets from other nations, a scheme commonly touted as one market-friendly solution to the emissions problem.

Aramco’s CEO, Amin Nasser, has maintained that it is unrealistic for Saudi Arabia to cease oil production altogether, arguing that fossil fuels would still be needed during and after a widespread transition to renewable energy.

“Demonizing the hydrocarbon industry is not going to help anyone,” Nasser said over the weekend during the rollout of the Saudi climate plan.

Prior Saudi-led efforts to diversify the economy and transition to renewables have been conducted under the “Saudi Green Initiative,” which has pledged to invest seven hundred billion riyals, or around $180 billion, in green energy by 2030.

Renewable energy has also been a major focus of Saudi Arabia’s futuristic “megaprojects,” including its proposed new city, NEOM, which would be powered solely by solar and wind energy.