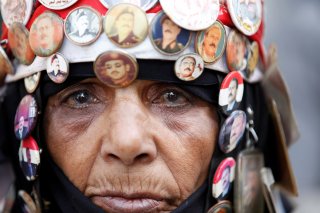 Following the UN’s call for a ceasefire in late March and the concern that the coronavirus could spread in and be catastrophic for Yemen, the Kingdom of Saudi Arabia announced a unilateral ceasefire in the war-torn country to take effect on April 9 and last for two weeks.

Still, violence on the ground has continued. The Houthis targeted government-controlled Hodeidah and continued to further its offensive in Marib, while claiming that the Saudis also carried out airstrikes in Hamdan, northwest of the capital Sanaa. The Houthis have not halted their offensives because while the Saudis have made clear time and time again that they want a peace agreement—underscored by the fact that on April 24 they extended the unilateral ceasefire by one month—they failed to make the concessions the Houthis seek to secure.

Shortly before the first announcement of a ceasefire by the Saudis, the Houthis released a list with their own conditions to end the war. Most importantly, those conditions include the demand that the Saudi-led coalition lift the air, land and sea blockades on Yemen. Such a concession would come through the reopening of the airport in Sanaa to “direct flights,” the demilitarisation of border crossings and the end of foreign intervention in Yemen’s ports. Although securing the full lifting of the blockade appears unrealistic—given that this would only strengthen the Houthis—Riyadh’s apparent eagerness to negotiate likely pushes the Houthis to aim for significant concessions. As a result, we assess the Iran-backed rebels will, in the meantime, keep acting aggressively to gain even more leverage over Riyadh.

The Saudis, on the other hand, have clear reasons to seek an end to the conflict. The coalition has not been able and is not even close to achieving the goal it set for itself at the start of the intervention, namely to reinstate the regime of President Abed Rabbo Mansour Hadi in Sanaa with effective control of most of the country. Beyond that, cracks have appeared and widened in the Saudi-backed coalition over the past years, with coalition members—like the UAE—gradually leaving or acting more independently. Beyond that, the Iran-backed weaponry and expertise the Houthis managed to gain despite the blockade, including a growing arsenal of long-range drones and missiles, have forced the Saudis to commit significant amounts of money to reinforce their own defense capabilities.

More recently, the declaration of self-rule made by the Southern Transitional Council (STC) on April 26, created an additional obstacle to the Saudi exit from Yemen as well as to the (already elusive) victory against the Houthis. This self-administration rule incorporates the southern port city of Aden, which is the current seat of the Yemeni government, and other southern provinces, and was received by the Saudi-led coalition with concern. The coalition demanded an “end to escalatory actions” and urged the STC to abide by the Riyadh Agreement, implemented in November 2019 to work as a power-sharing deal between the Hadi government and the southern group.

The independence of the south and the formation of a state, backed by the UAE, would not pose as much of a threat as the consolidation of the Houthi-Iranian dominance. That, however, does not mean the Saudis are willing to let Yemen be divided and see the UAE exercise its influence on a newly created state located in a strategic position and in the area Saudi Arabia considers to be of its own influence. The kingdom will likely continue to oppose the creation of an independent southern Yemen, with the question being how much leverage the STC truly has and whether it can realistically expect to maintain independence—or whether this is more of a bargaining tactic vis-a-vis Saudi Arabia.

With regard to the conflict with the Houthis, it is likely that the Saudis will keep trying to work on a truce and continue to retaliate against further Houthi attacks in a way that makes it clear they do not want a major escalation of the conflict. The recent one-month extension of the unilateral ceasefire, despite the continued violence, further highlights this possibility. The new period is twice as long as the previous one because the kingdom needs time to deliberate on the potential next steps. Lifting the air, land and sea blockades is off the table as this would ultimately facilitate Iranian support to the Houthis through shipments of weapons and other types of assistance. Meanwhile, despite the fact that the coronavirus cases and deaths that have recently started to be recorded in Yemen have not yet made the Houthi rebels slow their offensives or accept the ceasefire, depending on how badly the virus evolves in the country, it could be a contributing factor to bringing the Iran-backed group to the negotiating table.