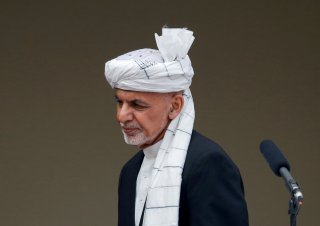 A strong dose of realism is overdue for an Afghan people and international community visibly exhausted by years of conflict and yearning for a political settlement. Efforts to achieve a negotiated peace with the Taliban have for too long survived on wishful thinking. The faintest progress is often applauded as the harbinger of a breakthrough. Reasonable skepticism is frequently brushed aside with comments like “what is there to lose when the only alternative is endless fighting?” Hardline Taliban demands are dismissed as only opening negotiating positions, and their triumphant statements are excused as simply leadership bravado. To keep the peace process on track, the threshold for Taliban violence is never crossed.

As the delegations prepare for the approaching intra-Afghan dialogue in Doha, any optimism has to be tempered. Talks are only the first step in what will be at best a long, tortuous process. There is already a willingness to overlook the many significant, largely unreciprocated concessions it has taken to get the Taliban to the table. The Taliban’s refusal to acknowledge the Afghan government as its principal interlocutor has had to be finessed. It also does not bode well that an ill-prepared, splintered delegation of the Islamic Republic is slated to face a focused, unified team of Taliban negotiators.

Despite familiar diplomatic trappings, negotiations in Doha should not be expected to be transactional. To date, in discussions in various venues, Taliban representatives have yet to reveal flexibility on any issues of significance. During the negotiations with the United States leading to the February 29 agreement, the Taliban delegates found that by standing firm they could push the Americans to yield on virtually all key points. So too, in seeking a ceasefire and agreeing on a prisoner exchange it has been the Ghani government that has offered the compromises. Even those Taliban leaders seemingly pragmatic in their receptivity to dialogue have in the end proven unmoveable.

The underlying difficulty in trying to advance a peace process lies not in an absence of trust or the work of spoilers but from there being two vastly dissimilar, competing visions of an Afghan end-state. The clash is not so much a power struggle as a collision of values, the kind of conflict that history has shown ends not with compromise but inevitably with one side dictating the outcome. However, while peace will eventually come in Afghanistan, a grand bargain reached around a table is highly doubtful.

At its core the Afghan conflict is an existential struggle between those for whom government derives its legitimacy from the will of the people and those who believe it issues from adherence to divine mandate. One vision is of a liberal democratic system of accountable elected leaders, constitutionally protected rights, and the preservation of social and economic gains realized since 2001. In return for agreeing to this political order, the Taliban insurgency would receive constitutional changes elevating the Islamic character of the state and a share of political power secured by becoming a political party and contesting for election to executive and legislative offices.

The other vision rejects these institutions as Western implants and believes that only a righteous regime is able to discern what is in the people’s interest. Taliban leaders at times shy away from openly declaring as their aim the restoration of their lost Islamic emirate, but they have never denied it is their ultimate goal. The Taliban leadership’s ideas on governance may not as yet be fully formed but, despite an expressed readiness to share power, ultimate authority in their system would almost certainly be vested in a pious individual as emir acting in consultation with an appointed Islamic council. Assurances of more inclusive and tolerant policies than in the past would cover only those Afghans prepared to accept Taliban values.

Having in recent years come to appreciate the difficulty of achieving an outright military victory, certainly while foreign forces remain in the country, the Taliban leadership has recognized that diplomacy provides a parallel route to an emirate. At present, the Taliban’s political and military strategies are working in tandem, one complementing the other. While peace prospects offer an opportunity to weaken the resolve of Afghan security forces to fight, Taliban gains in tightening its grip around the nation’s urban centers have strengthened its hand in any negotiations. And this has already paid off handsomely. From the U.S. and the Kabul government, Taliban diplomacy has succeeded in attaining a long-sought withdrawal of foreign forces, gained previously unimaginable international legitimacy, and secured the release of thousands of government-held prisoners.

The Taliban’s goal is political dominance, whether through negotiating an interim arrangement or by waiting for a correlation of military and political forces to bring down the Afghan state. Yet in all probability the Taliban would soon find great difficulty consolidating power. Afghanistan is unlikely to replay the 1990s when mujahideen rule steadily gave way to an upstart Taliban movement, and the adversaries were both held together by iconic leaders. The country is now far more fragmented and diverse, with many more powerful actors and their minions competing in what is likely to become a chaotic civil war for the spoils left by a broken state.

The pursuit of an elusive reconciliation with the Taliban has not been cost free. It has diverted the attention of the Afghan government and its international backers from investing in a political approach that could offer the best chance for the survival of Afghanistan as a modern Islamic republic. Instead of reconciliation, this approach involves a process of reintegration based on creating the incentives for gradually winning over Taliban commanders and their foot soldiers to the Afghan state in many local agreements. Progress is conditioned on the government’s gains in reestablishing the confidence of the Afghan public in their leaders and institutions. It requires a rededication to democratic reform and meeting people’s basic needs. Even then, it cannot succeed without a renewed contribution by the international community, and by drawing on the investment in the county’s future of educated Afghan youth. Reintegration may seem at present no more realistic than striking a deal with the Taliban for a comprehensive, lasting peace. But when the veil lifts on the futility of negotiating with the Taliban, a rededication to a progressive Afghanistan may be all that stands in the way of another generation of war.