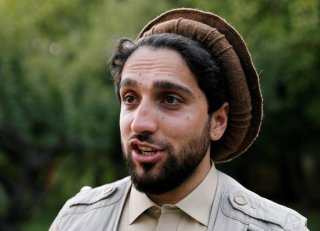 In July and August 2021, the Taliban’s offensive brought about the fall of the Afghan government and netted the group control over thirty-three of the nation’s thirty-four provinces. The last remaining province, Panjshir, has been claimed by the “National Resistance Front of Afghanistan,” led by local commander Ahmad Massoud and former Vice President Amrullah Saleh, who declared himself Afghanistan’s interim president, following the departure of Ashraf Ghani to the United Arab Emirates.

Mahdi Housaini, an assistant to Massoud, announced that the group had made contact with the Taliban and offered a peace agreement. While the precise terms of the agreement were not disclosed, the outline was that the Taliban would remain outside of the valley and would agree to a multi-party system of government.

The Taliban’s reaction was also unspecified, although the Emirati newspaper the National reported that the group had also sent a message to Massoud offering its own deal.

Housaini said that Massoud’s forces were prepared to resist the Taliban with military force, but that he and Saleh preferred a political solution as an alternative to bloodshed. At the same time, however, a letter from Massoud was published in the Washington Post, indicating that the Panjshir militants would continue to resist the Taliban militarily and requesting financial and military assistance from the United States.

The Panjshir Valley holdouts are surrounded on all sides by Taliban-controlled territory, and it is unclear how supplies and relief forces will reach the province, although some media have noted that the roads into the province have not yet been closed by the Taliban. While Amrullah Saleh, who has claimed to be present in Panjshir along with Afghanistan’s former defense minister, claimed that 10,000 troops defended the valley, Western experts and media sources have estimated the number is closer to 2,000 to 2,500, although their ranks have since increased following an influx of soldiers from the now-defunct Afghan National Army.

At the beginning of its offensive, the Taliban was estimated to have roughly 80,000 troops, and its forces were bolstered during the offensive by the capture of vast quantities of U.S. military equipment.

Ahmad Massoud is the son of Ahmad Shah Massoud, a famed mujahideen leader during the 1980s and 1990s who fought against the Soviet Union, various other Afghan warlords, and the Taliban before his assassination by Al-Qaeda members in September 2001.