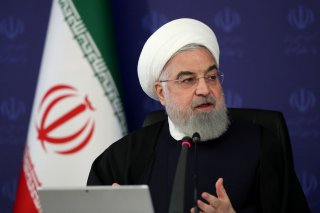 On April 3rd, Iran had 3,294 confirmed coronavirus deaths, with the number of confirmed cases skyrocketing to 53,183. Those infected include members of Iran’s parliament, including Vice President Eshaq Jahangiri and Iraj Harirchi, the head of Iran’s counter-coronavirus task force. With limited medical supplies and thousands of citizens relying on hourly wages, the curve is not flattening in Iran anytime soon. To help combat the virus, Tehran needs to not only implement a stay at home order, but they also need medical assistance through the easing of U.S. sanctions. Without sanctions relief, Iran stands to lose tens of thousands if not hundreds of thousands of people from this deadly virus, while also continuing to spread the virus beyond its borders.

Current U.S. sanctions place restrictions on imports that can be considered dual-use goods and limits banking activities. While there are no direct barriers on medical supplies, many companies will not sell goods to Iran because they are afraid of suffering severe penalties if they mistakenly violate Washington’s complex financial sanctions. Those same sanctions prevent Iran from conducting financial transactions, making it difficult or impossible to pay companies that are willing to sell to them, thus making acquiring medical supplies difficult.

The Trump administration has followed a “maximum pressure” campaign against Iran since the United States’ withdrawal from the Joint Comprehensive Plan of Action (JCPOA) in 2018. The JCPOA was negotiated between the United States, France, the United Kingdom, Germany, China, Russia, and Iran and allowed international oversight of Iran’s compliance in exchange for sanctions relief. Once Washington withdrew from the deal, these crippling sanctions were reimposed on Iran.

Other signatories to the JCPOA, including France, Germany, and Britain have already sent medical supplies to Iran. These first steps are critical, but need to be followed up by a break in sanctions from the United States to allow medical assistance to reach the population.

To help Iran contain the coronavirus, UNICEF has shipped over 17,000 pounds of Personal Protection Equipment (PPE) to Tehran. Refugees at the Sarvestan settlement have also volunteered to sew masks for communities in need. However, UNICEF has only sent equipment to help six out of thirty provinces, and Iran’s numbers of confirmed cases continue to grow by the day.

Tehran asked the International Monetary Fund for $5 billion dollars in assistance on March 12th. It is unlikely that Iran will be granted this loan due to the United States’ position in the IMF. This loan would allow for closer monitoring of funds, but sanctions relief would provide quicker and more direct help to the citizens. Without relief, Iran is looking at possible regime collapse in addition to thousands of deaths.

In an attempt to convince the White House to suspend sanctions for ninety days to allow humanitarian intervention to fight the coronavirus, Senator Chris Murphy, Senator Chris Van Hollen, and other senators wrote a letter to Secretary Mike Pompeo and Secretary Steven Mnuchin. This was followed up by Senator Bernie Sanders, Representative Alexandria Ocasio-Cortez and Representative Ilhan Omar’s letter urging the Trump Administration to suspend sanctions against Iran on a humanitarian basis, citing George W. Bush’s sanction relief efforts in 2003 after an earthquake hit near the city of Bam. The Bush Administration not only eased sanctions, but also provided aid to Iran; this framework should be extended by the Trump Administration.

As the coronavirus continues to spread, even countries that have flattened the curve stand to see another break out. The travel between Iran and other countries in the Middle East threatens to raise the currently low number of cases in the surrounding area. If Iran cannot access medicine and PPE on its own, the precautions that have been implemented, including cancelling Friday prayer, will not be long-term sustainable solutions; it will only be a matter of time until Afghanistan and Syria see a massive outbreak as well.

Statements from the White House indicate that there may be discussions of sanctions relief, but there are no concrete plans to help Iran yet. President Trump needs to take back control of his foreign policy from Secretary Pompeo, and show the leadership the world has been looking for on coordinating coronavirus response. Easing sanctions to allow needed medical supplies to get to Iran is the perfect way to do it.

Jessica Budlong is a senior at Cornell College with a B.A. in International Relations and Economics & Business. She is an activist for Beyond the Bomb and focuses on the economics of terrorism.