Trouble in Paradise: Cracks are Forming in the Saudi-Emirati Relationship 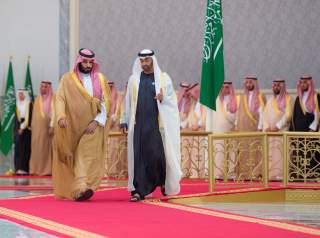 The relations between Saudi Arabia and the UAE have not always been smooth. Even before the latter’s independence in 1971, the affairs between the ruling families, al-Nahyan of Abu-Dhabi and al-Saud of Riyad, were tense due to borders disputes and power struggles. Today, however, it seems that the two countries have never been closer. Saudi Arabia and the UAE have demonstrated, over the last decade, a solid partnership in decisionmaking processes and see eye to eye on major strategic questions in their region. The strength of their cooperation was expressed in varied interests and arenas, such as the backing the rise of President Abdel Fattah el-Sisi in Egypt (2014), joining forces in their campaign in Yemen (2015), imposing an unprecedented boycott on Qatar (2017) and introducing groundbreaking national laws in both states such as the Value Added Tax law (2018)—all of which are taking place in times of rapid and significant changes within their own territories.

The alliance between the two states rests on close personal ties between their leaders—Mohammed bin Salman, the Saudi crown prince and de-facto ruler, and Mohammed bin Zayed, the Emirati crown prince and de-facto ruler. It’s also based on similar, though not identical, worldviews in which political Islam and Iranian influence form two destabilizing forces in the Middle East. Nevertheless, just like in romantic relations, the more they are becoming intense and weighty, the more difficulties they reveal.

The recent tension in the Gulf affords a glimpse into one of many disputes between Saudi Arabia and the UAE on appropriate responses to common challenges, this time with Iran. While Saudi Arabia took a public stance using confrontational language vis-à-vis Iran, the UAE remained vaguer in its media coverage of events and did not point an unequivocal finger of blame towards Iran. In the first attack against four oil tankers in the Gulf of Oman on May 12, the UAE tried to diminish the significance of the attacks, claiming that the damage caused was minor. Some reports even claimed that Saudi Arabia preferred a military response towards Iran, while the UAE sought to smooth over the situation with a diplomatic resolution.

An additional dispute between the two countries relates to the war in Yemen. Since 2015, Saudi Arabia and the UAE have jointly led the campaign in Yemen against the Iran-backed Shiite Houthi rebels, who have been garnished with weaponry, advisors and money from Tehran. While the Saudi forces focused on air operations, the UAE army has played a more significant role on the ground, leading to several game-changing outcomes. Even though the Saudis led their allies to the war, it is now the UAE who is steering the wheels by gradually withdrawing from Yemen. In its cautious and sophisticated nature, the UAE had calculated its battles on the expanding fronts and realized that its focus should be granted to more immediate and close challenges. As tension with Iran increased, the UAE took a swift step to tackle the rising threat with greater attention and a reallocation of resources for any possible development.

The increasing international criticism over the humanitarian effects of the Yemen war was another catalyst for the Emirati withdrawal. The UAE’s pulling off from Yemen without a satisfactory arrangement acceptable to Saudi Arabia, is a probable source for a conflict between them and a death blow to the latter's attempt to reach a victorious image in this arena.

Despite the increasing tension and apparent disagreements between the countries, their relationship is yet far from a crisis, as it is based on deep ideological and strategic partnership. The disagreements at this point mainly revolve around methods of action and degrees of force that each of the sides is interested in applying, whether in regard to military action, diplomatic decisions or social processes. Of the two, the UAE behaves like the "responsible adult" in its tactical choices, while Mohammed bin Salman has been portrayed as more reckless. Despite the open channel of communication between the two leaders, their continued proactive policies are increasing the likely challenges in the relationship between them.

The struggle between Iran and the Sunni Arab states has shaped the way researchers, journalists and intelligence analysts have understood and analyzed regional dynamics for many years. This struggle has geostrategic and ideological impacts on the region which affect many arenas. Alongside this struggle, however, another battle has been taking place for a while now which also has a significant impact on the character of the Middle East and beyond. Without standing out to a comparable degree, the competition between the Arab Gulf states, as we have seen in North Africa, Yemen, the Red Sea and the Palestinian arena, has made its mark on the region. This competition, which is driven by aspirations for influence and prestige in the Arab world, indirectly influences such issues as nuclear proliferation and regional arms races, thus bringing up new challenges for the security of the Middle East.

In the past, both the UAE and Saudi Arabia demonstrated restraint in conducting their foreign affairs. They stood in the shadow of others and made primary use of their comparative economic advantage. Today, they are the driving force behind many regional changes, and are key players in many arenas. However, with this power comes the weight of responsibility for maintaining regional stability. In this matter, it seems that Saudi Arabia and the United Arab Emirates are implementing divergent approaches regarding the use of their power.

Moran Zaga is a research fellow at the Chaikin Chair for Geostrategy and a policy fellow at Mitvim - The Israeli Institute for Regional Foreign Policies.