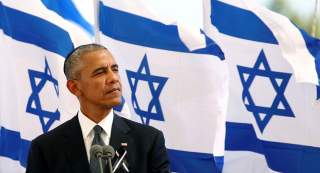 Not one for modesty, President Donald Trump has boldly claimed that he could reach “the ultimate deal,” by achieving Israeli-Palestinian peace. Now, his administration is poised to unveil that program. Any definitive judgment of Trump’s plan should be withheld until it is officially spelled out. However, given the outsize influence of pro-settlement officials like Ambassador David Friedman and adviser Jared Kushner, along with Trump’s own reluctance to explicitly endorse two states, it is very likely to lean decisively toward the Israeli side. But even on the off chance that Trump’s team pulls together a more balanced proposal, rushing headlong into final status negotiations would be potentially catastrophic. President Obama’s administration made a similar error in jumped into final status talks not once, but twice during his eight-year tenure. Trump’s “ultimate deal” claim is not too unlike then-Secretary of State Hillary Clinton’s 2010 suggestion that America could finish mediating final status Israeli-Palestinian issues within twelve months. Both reflect a desire to score a political win without completing the requisite homework.

No matter how ambitious American aspirations, without a willing or capable partner in both the Israeli and Palestinian leadership, negotiations are bound to fail. When they do, public confidence in the other side dips among both Israelis and Palestinians. Cynicism is easily exploited by the expansionist national-religious sector in Israel and the rejectionist front among the Palestinians. Earlier this year, the Palestinian Center for Policy and Survey Research reported that less than 50 percent of Israelis and Palestinians supported a two-state solution (though, for the time being, that framework still commands a large plurality, 46 percent, compared to single state models).

So it’s not just the likely substance (or lack thereof) of the Trump proposal that promises to sink it. The timing and mood on the ground also undermine any effort. Nonetheless, the U.S. government, whether under this administration or a future president, cannot simply throw up its hands and withdraw from the issue altogether. Doing nothing can be just as harmful as failure.

Any proposal will run into trouble if specific sub-issues are not addressed first. Take, for instance, the deteriorating humanitarian situation in the Gaza Strip. Without any relief, the risk of armed conflict grows in multiple directions. The Palestinian coastal enclave's Hamas government could escalate rocket attacks against Israel as a means to distract the population from electricity shortage, crumbling sanitation infrastructure, and a simmering public health crisis. Alternatively, a more extreme rival group like Palestinian Islamic Jihad (PIJ) could initiate hostilities to challenge a vulnerable Hamas. However it starts, another war will exact a serious human toll in Gaza, shut down southern Israel for weeks or months, and further sour Israelis to the idea of concessions.

Presently, the American team in the Middle East is soliciting financing from Gulf Arab states for rehabilitation projects in Gaza. However, this cannot be a be all and end all. The Arab countries have a role to play, and Washington should not be paying out if regional actors don't pull their weight, but if the United States wants to take the lead on Israeli-Palestinian conflict, it likewise cannot expect others to foot the bill entirely. America can start down a more productive route by releasing the USAID budget for the West Bank and Gaza currently under review. Presently, the USAID program in the Palestinian territories supports infrastructure projects immediately relevant to day-to-day life there, including water treatment and pipeline development in the Gaza Strip. This is important because, while the Palestinians are hardly blameless in their situation, America cedes leverage over them when it severs all assistance, as it appears to be doing.

Finally, on the diplomatic front, the U.S. government needs to clearly articulate a political horizon before heading into any negotiations. There is no reason for America to abandon the two-state framework now, but as long as the Trump administration waffles on the specifics of its long-term plan, the Palestinians will paint it as a betrayal of the long-standing partition framework and refuse to cooperate, dooming the process from the outset. Meanwhile, Mahmoud Abbas, who serves both as president of the quasi-state Palestinian Authority and chairman of the Palestine Liberation Organization (PLO), has yet to set out a successor in any capacity. Until he does, movement on final status issues will be mired in uncertainty. As a result, Trump or future American administrations must ensure that after Abbas, the PLO does not withdraw from the Oslo Accords. If the PLO ever did, it would retract recognition of Israel, terminate security cooperation or violate the Quartet conditions, further disrupting the peace process. Therefore preventing this is something which may require targeted pressure against Palestinian leaders, as well as an assurance that Israel does not formally annex the West Bank.

None of the aforementioned steps is a substitute for a future peace plan, nor are they intended to be. Instead, these steps attend to more immediate concerns and will have an immediate bearing on whether or not a peace plan is even viable in the future.

Evan Gottesman is a communications associate at Israel Policy Forum, where he helps manage Israel Policy Exchange, the organization's platform for original commentary and analysis. The views expressed here are solely his own. You can follow Evan on Twitter at @EvanGottesman.