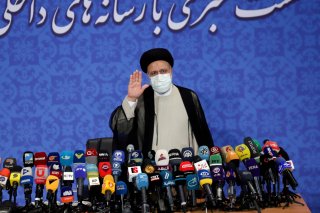 Presidents come and go, but it is said that their legacies remain. However, Donald Trump took aim at his predecessor’s legacy by, among other things, withdrawing the United States from the Iran nuclear deal, known as the Joint Comprehensive Plan of Action (JCPOA). Now, Joe Biden and Iranian president-elect Ebrahim Raisi have an opportunity to revive both Barack Obama and Hasan Rouhani’s dying legacy. Will they succeed?

Negotiations between the United States and Iran to revive the nuclear deal commenced after Biden came to office in January 2021, but the process stalled as Iran’s presidential election took place in June. As the only significant legacy of outgoing President Rouhani, the Iran nuclear deal was severely attacked in prior years by Iran’s conservatives and hardliners. Despite that Raisi was chosen as Iran’s president for his conservative credentials, he has not directly attacked the deal, and some observers say his foreign policy advisors, as strong opponents of the agreement, have stopped the Vienna talks process.

Recently, the Iranian president-elect has appointed Ali Bagheri Kani, a harsh critic of the JCPOA, to be in charge of the transition process in the Iran foreign ministry.

“The outcome of diplomacy with the U.S. in action denied Iran’s rights and shut down many of our nuclear activities. In addition, the deal stabilized the sanctions structure and maintained the economic sanctions. In a word, the outcome of diplomacy with the U.S. was unmitigated damage,” Kani wrote in the introduction of former U.S. Deputy Secretary of State Wendy Sherman’s autobiography, Not for the Faint of Heart.

The previous six rounds of talks in Vienna have created little goodwill to resurrect the deal in Iran, and despite that U.S. negotiators are preparing to return for a seventh-round, Iran’s continued participation depends now on Raisi’s decision. Former President Rouhani has been entirely frozen out of the process.

“Surely, there will be now a decisive phase in which one has to await whether the newly elected Iranian president will continue to support what we have negotiated, as there are things about which we have already agreed on. That is our expectation,” German Foreign Minister Heiko Maas said at a joint press briefing with his Yemeni counterpart on January 30, 2021.

There is reason to believe that we will soon see the deal’s revival. Iranian Foreign Minister Mohammad Javad Zarif’s recently stated that “In the last working weeks of the twelfth government, these negotiations have approached the framework of a possible agreement to lift the illegal sanctions of the United States of America, and I hope what has become achievable so far be completed at the beginning of the thirteenth government.”

More importantly, Rouhani said on June 14, 2021, “While the deal was achievable, we were deprived of the opportunity to revive the agreement.” The president used the passive voice in his lecture, which is often used to distance oneself from something or someone, and he did not mention those who had deprived his administration.

While Rouhani and his foreign minister are signaling to the public that the next administration’s potential lifting of the sanctions and economic recovery will have been due to their efforts, Raisi can still make a new deal rather than revive their legacy.

Some observers believe that Iran is exploiting the transition from Rouhani to Raisi’s administration to continue building leverage by ramping up its enrichment efforts and limiting the International Atomic Energy Agency’s access. This strategy, the thinking goes, would then force the Biden administration to make more concessions in subsequent negotiations in exchange for Tehran once again adhering to its nuclear commitments.

Still, it will not be smooth sailing. In November 2019, Raisi came under international sanctions after Washington imposed penalties against some of Iranian Supreme Leader Ayatollah Ali Khamenei’s advisors. Additionally, Raisi’s name is also on the European Union’s list of individuals sanctioned over human rights violations. Therefore, the talks to resurrect the nuclear deal or make a new agreement with the West will be difficult. Only time will tell.