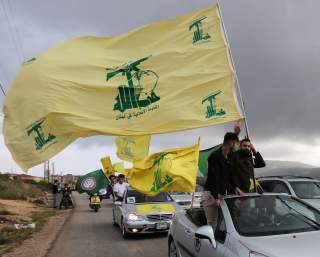 Since President Donald Trump took office in 2017, the most consistent theme of his foreign policy has been his tough stance toward Iran. In a fundamental shift from his predecessor, President Trump terminated the Iran nuclear deal and replaced it with the Iran strategy. The first core element of this strategy “focuses on neutralizing the Government of Iran’s destabilizing influence and constraining its aggression.” In a speech outlining the new U.S. strategy on Iran, Secretary of State Mike Pompeo explained that the Iranian regime had used the money from the nuclear deal to fuel “proxy wars across the Middle East.” To confront Iran, Secretary Pompeo stated that the United States would exert “unprecedented financial pressure on the Iranian regime.” Although financial pressure is essential to thwart Iran’s ability to support terrorism, it is not, by itself, a comprehensive strategy to roll back Iran from Iraq, Syria, Yemen, and Lebanon.

Today, Iran’s malign activities go beyond covert financial support to some underground terrorist groups. Iran is already entrenched in Iraq and Syria, fighting a proxy war in Yemen, and arming and training Shiite militias in Lebanon and other parts of the region. Iran’s evolving threat cannot be dealt with in isolation from two important factors: the nature of Iranian geo-ideological thinking and the regional security context within which it expands. To comprehend the Iranian expansionist behavior, one must first understand the Iranian ideological rationale for expansion.

Since the revolution in 1979, the Iranian regime has believed that exporting its politico-religious revolution is essential for its survival. In its calculations, economic growth and national prosperity are subordinate to ideological expansion. Thus, it is misleading to assume that the Iranian regime will respond to economic sanctions in a rational manner. The fact that Iran has been able to expand its influence and build a nuclear program, despite the economic sanctions imposed since 1979, gives an indication of its main priorities as well as its behavior under such sanctions.

Despite its ideological persistence, however, much of the Iranian expansion has to do more with regional contextual factors than the appeal of the Iranian regime’s ideology. Iran has exploited two overlapping dynamics in the region: the internal dynamics of failing states and the dynamics of great power competition and intervention. In addition to capitalizing on dynamics at the international and state levels, Iran has exploited the chaotic environments created by these dynamics to mobilize local and transnational militias in its target states.

The U.S. invasion of Iraq in 2003 presented Iran with an opportunity to infiltrate its long-time arch rival. The Iranian regime has used the U.S. occupation as both a vehicle to expand into Iraq and an ideological leverage in support of its intervention. The U.S. sectarian policy in Iraq enabled Iran to forge strong sectarian relations, not only with the Iraqi Shiite governments but, more dangerously, with a network of militias, many of which fought U.S. forces and still impose a major threat to Iraq and the whole region. Despite the U.S. sanctions and military presence in Iraq, Iran has great political, economic, and ideological sway over the country. A senior Iranian official has described Iraq as “another channel for Iran to bypass America’s unjust sanctions.”

In 2011, the Arab Spring offered Iran yet another opportunity to expand to other countries. All the dynamics that allowed Iran to expand into Iraq were present in Syria: major power interventions, a weak government, and a favorable, chaotic environment caused by the multi-sided Syrian Civil War. Unlike its operations in Iraq, Iranian operations in Syria have been supported by a major power—Russia. While Russia takes care of the conventional side of the conflict, Iran has used its ideological influence to call for Shiite fighters from all over the world to protect Shiite religious sites in Syria. This type of mobilization helped Iran to establish a network of fanatic militias that will shape the ideological and security environment in Syria for years to come. The U.S. inaction in Syria has emboldened not only the Iranian-backed militias in Syria, but also its proxies in other parts of the region, namely the Houthis in Yemen.

With Iranian support, the Houthis have become the first militia in the region to possess ballistic missile capabilities threatening the whole region. In 2015, after the Houthis rebelled against the Yemen’s elected government, the United States, United Kingdom, and France supported the Arab coalition led by Saudi Arabia to restore order in Yemen. The United States, however, has been gradually backing away from its support to the Arab coalition. In March 2019, in a rebuke of President Trump, the U.S. Senate voted to end the most tangible U.S. support to the coalition by halting the aerial refueling of the coalition aircrafts. Secretary Pompeo criticized the vote, stating that “the way to alleviate the Yemeni people’s suffering isn’t to prolong the conflict by handicapping our partners in the fight, but by giving the Saudi-led coalition the support needed to defeat Iranian-backed rebels and ensure [a] just peace.” The withdrawal of U.S. support in Yemen not only undermines Trump’s Iran strategy, but also puts vital U.S. interests in the region at risk.

Today, the Iranian destabilizing intervention in the region has reached an unprecedented level. In order to roll it back, a multifaceted strategy that goes beyond financial pressure is needed. The Trump administration has succeeded in curbing Iran's ballistic missile program and its support for terrorism. However, in order to roll back the Iranian destabilizing influence, Trump’s Iran strategy must be a consistent part of a holistic U.S. strategy for not only Iran but, more importantly, its target states. A firm consistent U.S. position is essential to assure U.S. allies, deter aggressors, and provide Iran’s target states a more reliable alternative to Iran and its allies. So far, U.S. policies toward Iraq, Syria, and Yemen are undermining its strategy toward Iran. Disengaging and minimizing the U.S. role in the region at this stage will only contribute to conditions that increased the Iranian geopolitical expansion in the first place.