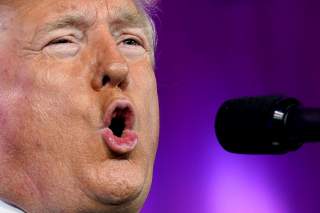 The US has done it again. It has once more betrayed Kurdish aspirations for autonomy, this time in Syria. This behaviour fits into a longstanding pattern of moves undertaken by Washington for the past four decades or more.

In the early 1970s, as a favour to the Shah of Iran, the Nixon administration cooperated with Tehran, which was on antagonistic terms with Soviet ally Iraq, to foment Kurdish rebellion in Iraq. However, once Baghdad and Tehran reached an agreement in 1975 on their mutual boundary in the Shatt al-Arab, the shah decided to withdraw his support from the Kurds and the United States did so as well. This led to brutal reprisal against the Kurds by the Iraqi regime.

In 1991 in the build-up to the first Gulf War, President George H.W. Bush called on the Iraqis to overthrow the dictatorship of Saddam Hussein. The Kurds and the Shia took this encouragement seriously. However, in the aftermath of that war the United States stood by as Iraqi forces crushed separate Kurdish and Shiite revolts with great ferocity. The US did finally impose a no-fly zone on the Kurdish areas of northern Iraq, thus facilitating the emergence of an autonomous Iraqi Kurdistan, but the memories of that betrayal continue to linger among Iraqi Kurds.

The latest American betrayal of Kurdish aspirations, while part of this pattern, stands out for several reasons. The YPG, the Kurdish militia in northern Iraq, was a crucial ally of the US in its fight against Islamic State. The YPG was the main component of the Syrian Democratic Forces that was primarily instrumental with American air support in liquidating IS bases in Syria and capturing the IS capital, Raqqa.

It lost thousands of fighters in order to achieve not only its goal of an autonomous Kurdish enclave in northern Syria but, equally important, to eliminate IS, the main successor of al-Qaeda as an international terrorist group, which Washington considered a major threat to its security.

At the end of the campaign against IS, the United States found itself in a catch-22 situation. Its NATO ally Turkey considers the YPG an arm of the secessionist PKK, which has been fighting the Turkish state for more than three decades in order to carve out a Kurdish state or at least an autonomous entity in southeastern Turkey. Ankara believes that the setting up of a Kurdish proto-state on its borders with Syria will give a fillip to the PKK and provide encouragement to Kurds in Turkey to accelerate their struggle for an independent Kurdish entity carved out of Turkish territory.

Turkey’s President Recep Tayyip Erdogan had made it clear to the US that this was unacceptable to him, and Turkey had engaged in several cross-border incursions in the past year to attack YPG forces in Syria. Now, with IS routed and the prospects of an autonomous Kurdish proto-state a distinct reality, Turkey has forced the US to choose between Ankara’s interests and Washington’s support to the YPG.

Faced with the stark choice and in view of the Turkish determination to drive the Kurdish forces out of a substantial area in Syria bordering Turkey, President Donald Trump has finally decided to abandon America’s crucial Syrian allies, the YPG. This decision reminds one of Secretary of State Henry Kissinger’s remark in 1975 while referring to the US betrayal of the Kurds at that time that ‘covert action should not be confused with missionary work’.

The major difference this time is that Washington’s support for the YPG was not a covert action but an explicit commitment to support and protect the YPG in return for its taking the lead in eliminating IS. The feeling of betrayal among the Kurds therefore runs far deeper as a consequence of Trump’s decision to withdraw American troops from the border between Turkey and the Kurdish enclave who were supposed to act as a trip wire in case Turkey decided to attack.

While Trump has tried to fudge the betrayal by conveying vague warnings to Ankara about violating unspecified red lines, in effect the US withdrawal has given a free hand to Turkey to enter the Kurdish areas in Syria and clear large swathes of territory of YPG forces and control it indefinitely. While ostensibly this is meant to create a safe zone in which Syrian refugees now in Turkey can be resettled, in actuality it means the destruction of any dreams of autonomy if not statehood that Syrian Kurds have harboured.

Trump announced the decision to remove American troops at 11 pm on a Sunday after a telephone conversation with Erdogan. The decision was taken against the advice of the Pentagon and in utter disregard of the opinions of leading senators and members of the House belonging to his own party. The timing and idiosyncratic manner in which a decision of such import was announced bear Trump’s hallmark.

However, the message that it sends to America’s allies in the region in terms of America’s credibility could lead to a major blowback that Washington will have to face in the not too distant future.

Mohammed Ayoob is University Distinguished Professor Emeritus of International Relations at Michigan State University and a non-resident senior fellow at the Center for Global Policy in Washington DC. His latest books include Will the Middle East implode? and The many faces of political Islam.  This first appeared in ASPI's The Strategist here.