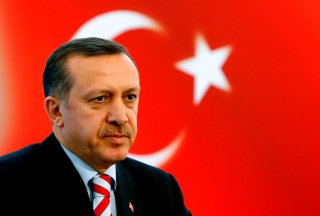 As Turkish President Recep Tayyip Erdogan proudly watches his country’s premier drone, the Baykar TB2, on full display at a victory parade in Baku with his Azerbaijani counterpart Ilham Aliyev, talk of Azerbaijan’s accomplishment echoes in Central Asia in a common Turkic tongue. After thirty years of Russian-backed Armenian occupation and many failed attempts by the international community to bring about a resolution, the once inconceivable idea of liberating Nagorno-Karabakh became reality. Turkey’s diplomatic and military support played a key role in the latest episode of this frozen conflict, which ended with a Russian-brokered ceasefire. While Azerbaijan was the biggest winner, the outcome awarded Turkey with a military presence in the Caucuses and a coveted corridor through Nakhichevan that will directly link Turkey to Azerbaijan proper and the Central Asian Republics.

The desire for strong ties and unity between Turkey and the Central Asian republics of Azerbaijan, Kazakhstan, Kyrgyzstan, Uzbekistan, and Turkmenistan has always been a strategic goal for Ankara. Despite deep cultural bonds and a common Turkic language and ancestry, a century of Russian hegemony during the Soviet era kept relations from advancing. After the fall of the Soviet Union in 1991, there was an expectation in Washington that Ankara could play a role in countering the Russians on their former turf. However, Moscow’s grip on its former republics was still too great and Turkey was dealing with an array of domestic issues from economic problems to counterterrorism.

Now three decades after the fall of the Iron Curtain, these young republics are seeking to shed their Soviet skin as they form national identities, establish strategic autonomy, take steps to further democratization, open their economies, and modernize their infrastructure. The Baku-Tbilisi-Ceyhan pipeline was an important first step in providing Azerbaijani gas an outlet to European markets and giving Baku more economic independence. Kazakh oil and Turkmen gas may also soon seek routes via Turkey to access Europe. The formation of an intergovernmental organization in 2009, the Turkic Council, was a watershed moment in relations between this group as their leaders expressed the political will to lay the foundation to cooperate as a bloc rather than bilaterally. In conversations with members of the Turkic Council a vision to create a visa-free customs union for the geography by 2040 was clearly expressed.

Turkey’s success in supporting its partners in Syria, Libya, and Nagorno-Karabakh has resonated amongst Central Asian leaders, who now view Ankara as an alternative option to Moscow. This understanding will position Turkey as an influential player in a region with a young population of almost 200 million people and a joint GDP nearing two trillion dollars. A planned switch from the Cyrillic to the Latin alphabet in Kazakhstan and Uzbekistan, interest in acquiring Turkish drones, negotiations for future pipelines, and an increase in bilateral trade with Turkey affirm this growing trend. Strengthening the sovereignty and independence of regional countries and modernizing their militaries for better interoperability and regional security will be a priority for Turkey over the next decade. Central Asian republics seem keen on taking relations with Ankara to the next step as there are two Leaders’ Summit planned for March and October of this year.

While much of Central Asia is post-Soviet space and has been under Moscow’s monopoly, this past decade has seen Beijing splash into this geography with its Belt and Road Initiative. One of the region’s most strategic transport lines, known as the Trans-Caspian East-West Middle Corridor, is the shortest and quickest link to European markets. The route bypasses Russia and runs through Kazakhstan, Azerbaijan, and Turkey. The coming years will see more Chinese investment and engagement as Beijing seeks to secure the arteries of its logistical empire through the region. China has already begun courting Turkey and wants to draw the regional power into its orbit away from the United States. Russia will want to counter Chinese influence and reestablish itself as the major player in the region. There has been trend of destabilization in the post-Soviet space from Georgia and Crimea to Donbas and Karabakh which Moscow has been able to reap geopolitical benefits from and expand its military footprint in. Central Asia is a theater that has many frozen conflicts and disputes that the Kremlin can reheat and exploit. If the past is any indicator of the future, Moscow will continue this behavior to keep its grip on the region. Power competition between Russia and China will provide opportunities for Central Asian countries but the tug-of-war will also create stress and many challenges as well. These are likely future scenarios where regional countries will find it very advantageous to act in unison as a bloc. Turkey’s increasing influence in this region and diplomatic channels with Russia and China will provide a balance to this power competition and an important and trustworthy ally to mediate with superpowers during times of escalation. While Ankara may prove effective in providing stability for the region, the absence of one major actor is glaring.

Central Asia is a relatively untapped region for the United States. A century of Soviet rule made diplomacy impossible and the Kremlin kept a strong grip on its former republics as they transitioned to autonomy. The expanding influence of Turkey, a NATO member country, has created a window of opportunity for Washington to engage in meaningful dialogue with a region that has high strategic value and limitless economic prospects. From a geographical perspective, Central Asia is sandwiched between America’s two biggest rivals, Russia and China. Any influence created by Washington would come at the cost of Moscow or Beijing. While America has been pivoting towards Asia in an attempt to contain China’s influence, this policy has mainly focused on Pacific engagement. The projection of American influence into Central Asia would create an unexpected Western front of competition to complement Washington’s counter China strategy. The Black Sea is another important area for prospective cooperation. Bringing Azerbaijan into the Transatlantic fold as a preferred partner would act as a force multiplier for NATO’s capabilities near Russian shores. The resource-rich region also provides many opportunities for American companies as Central Asian countries seek to improve infrastructure, modernize their militaries, and develop energy assets. After one hundred years of communist rule, American soft power will find a population that’s eager to embrace Western values.

Central Asia is an area where U.S. and Turkish interests align. Turkey’s influence is quickly expanding in the region, but Ankara is still treading carefully as Russia is the dominant actor in its former territory. U.S. support would provide Turkey with more confidence to make deeper inroads into this geography. Ankara’s Turkic initiative and strategic goals for the region can synergistically become part of a broader U.S. strategy and serve as an influence multiplier. Turkey’s efforts to bolster Central Asian unity and create a Turkic bloc in the region need to be closely examined by Washington. If America wants meaningful influence and presence in the region, it can benefit from the diplomatic space created by Ankara. While Turkey has an array of shared interests with Russia and China, its desire to keep a balance in this region and bring symmetry to these bilateral relations can be the niche the United States benefits from to create operating room for itself in the area. U.S.-Turkey cooperation could also have a positive trickle-down effect on bilateral relations between the two NATO allies, which are at a low point. Instead of further grinding divisive issues like Turkey’s purchase of Russia’s S-400 missile defense system or U.S. support for the Kurdish People’s Protection Units (YPG)—Central Asian cooperation could be a new file for discussion at the first meeting between U.S. President Joe Biden and his Turkish counterpart Recep Tayyip Erdogan. The role America hoped Turkey would have played in Central Asia after the fall of the Soviet Union is slowly becoming a reality. Will Washington benefit from this changing dynamic or will it become another missed opportunity?

Is Turkey Pivoting Back toward the West?