A U.S. Pivot to Asia Requires Securing the Middle East 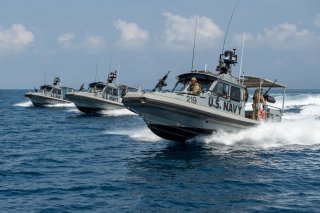 The U.S. withdrawal from Afghanistan, even as the country falls to the Taliban, has raised questions about America’s staying power in the Middle East. This is not the first time that the U.S. will to remain in the Middle East has been questioned. President Barack Obama’s announcement of a “Tilt toward Asia,” his failure to follow through on his “Red Line” threats to intervene in Syria if the Assad regime used chemical weapons against its domestic opponents, and his efforts to reach a nuclear agreement with Iran led many in the Middle East to believe that the United States was distancing itself from the region. The end result of this policy was an effort by Saudi Arabia, Egypt, and Israel, close allies of the United States, to move toward a rapprochement with Russia, a process that began before the Russian military intervention in Syria in 2015 but accelerated after it.

For his part, President Joe Biden has continued the U.S. move to Asia as he has tried, with some success, to forge a coalition of Asian states in the Indo-Pacific region to contain China, led by the so-called “Quad”—the United States, Japan, India, and Australia. Yet a precipitous withdrawal from Afghanistan means that the United States has let down some long-time allies in that country, and this has to raise questions about whether the United States will similarly let down other allies, especially in the Middle East. Former President Donald Trump’s near sell-out of the Syrian Kurds, America’s key allies in the war against ISIS, was a dangerous precedent and it is indeed unfortunate that Biden seems to be following Trump’s example.

While some argue that the United States can aid the Afghan government from an “over the horizon” position, such a policy ignores some basic realities. First, while the United States is seeking bases in Central Asia for this purpose, it is doubtful whether either Russia or China will look kindly upon Central Asian states granting bases to the United States—however much they may be concerned about a Jihadi spillover into Eastern or Central Asia from jihadi elements already based in Afghanistan who can be expected to have greater freedom of movement under a Taliban government. Second, even if U.S. aircraft or drones operate from “over the horizon,” they will have less time over their targets than if the United States had maintained its bases in Afghanistan. One should add in this context that American values, and not just geopolitics, are at stake in Afghanistan. The emancipation of women, freedom of the press, and other democratic values held dear by Americans—and strongly emphasized by the Biden administration—are likely to be crushed by the Taliban. Those who argue that the Taliban will have trouble transforming Afghan society in their theocratic image ignore the examples of fascist Italy and Nazi Germany which used brutal force to eliminate democracy in their countries.

A U.S. withdrawal from the Middle East also ignores basic geopolitical realities. While the United States may be less dependent on Middle East oil than it was at the time of the Arab oil embargo in 1973, its allies, both in NATO and in the Indo-Pacific, remain dependent on oil from the region and are likely to remain so for quite a while despite efforts to limit fossil fuels. In addition, a U.S. withdrawal will lead to greater Iranian influence in the region, whether or not the Joint Comprehensive Plan of Action nuclear deal is revived. Third, Russia, no friend of the United States, has already expanded its influence in the region, with both an airbase and an expanded naval base in Syria, and a U.S. withdrawal would lead to increased Russian influence. Fourth, China has begun the process of influence seeking in the Middle East; Should the Chinese navy become more active in the areas around the three key chokepoints in the region—the Straits of Hormuz, Bab-al-Mandab, and the Suez Canal—the impact on U.S. allies in the region would be negative.

In sum, if the Biden administration wishes to tilt to Asia, it should leave sufficient forces in the Middle East to prevent the region from falling under the influence of enemies of the United States.

Dr. Robert O. Freedman is an American political scientist who holds appointments at Baltimore Hebrew University and at the Johns Hopkins University.