What Does Turkey Want From Iraqi Kurdistan? 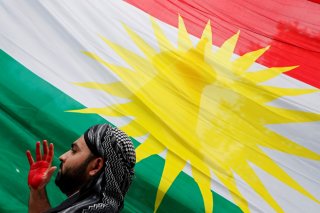 Iraq’s Kurdistan Region has had an eventful few days. On Monday, February 15, rocket attacks by an Iran-aligned Iraqi militia on the airport of its capital, Erbil, killed a civilian contractor with the U.S.-led military coalition and wounded six others, including a U.S. service member. The attack came on top of a tumultuous week. Starting February 10, the Kurdish region faced Turkey’s massive Operation Claw-Eagle 2, involving hundreds of Turkish soldiers and dozens of Turkish aircraft, including at least 11 Boeing Ch-47 Chinook choppers.

In an unprecedented move, Turkey attacked the Gara mountains, about 40 kilometers northeast of the city of Duhok. The area, close to the Iraq-Turkey-Syria tri-border area, is used by the Kurdistan Workers Party (PKK), which Ankara, along with Washington and much of the world, considers a terrorist organization. The attack aimed to kill some of PKK’s top leaders who were holding meetings in their cave hideouts in Gara and also help release thirteen Turkish citizens held there by the PKK. But it went awry when none of the top leaders were killed and the bodies of Turkish citizens, who had been abducted in the years 2015 to 2017, were found, the PKK apparently having executed them during the operation. The citizens included two intelligence officers captured in 2017 in the Dukan area, close to the Iranian border and controlled by Iraq’s Patriotic Union of Kurdistan (PUK). The 2017 incident had led to a serious rift between Turkey and PUK which led to the expulsion of the latter’s representative from Ankara, who is yet to be reinstated.

Turkey’s President Recep Tayyip Erdogan is now using the incident to further crackdown on his political rivals, first and foremost the left-wing Kurdish-led People’s Democratic Party (known as the HDP by its Turkish acronyms.) The opposition forces in Turkey meanwhile are raising questions about the government’s handling of the operation. At the same time, the PKK has declared victory due to Turkey’s failure in achieving its objectives.

The attack on the Gara mountains is unlikely to be the end of Turkish incursions into Iraqi Kurdistan. Under Erdogan, Ankara has already established close ties with the Kurdish Democratic Party, the leading force in Iraq’s Kurdish Regional Government (KRG), and the Barzani family that heads it (currently both of the KRG’s president and prime minister are from the Barzani family.) Ever the master of political maneuvers, Erdogan has achieved close ties with Erbil by benefitting from the KDP’s traditional rivalry with the PUK, but also its broader clash with the PKK in the world of Kurdish politics. PKK and the ideology of its leader, Abdullah Ocalan, a prisoner in Turkey since his 1999 abduction, command the political loyalty of the dominant leadership of Syria’s Kurds who are the backbone of the U.S.-backed Syrian Democratic Forces (SDF). The SDF currently runs an autonomous region in northeastern Syria, sometimes known by its traditional Kurdish name Rojava.

The PKK has also long held bases in the Qandil Mountains, located in the eastern borderlands of Iraqi Kurdistan and very close to the Iranian border. In 2014, for the first time, the PKK found an additional foothold in the western areas of Iraqi Kurdistan by coming to the rescue of Kurdish-speaking Yazidi populations of the Sinjar (Shengal) Mountains, then under the genocidal onslaught of the terrorists of the Islamic State. The PKK helped organize a Yazidi-led militia under the banner of Sinjar Resistance Units (YBS, to use their Kurdish acronyms) which continues to hold power in the Sinjar region, about 120 kilometers away from the Turkish border. In the complex geopolitics of the region, while the SDF is under heavy political attacks by Iran and the Damascus government of Bashar al-Assad, Tehran gives support to PKK-backed forces in Sinjar. Baghdad and Erbil signed the so-called “Sinjar Deal” last October that would supposedly lead to the evacuation of all PKK forces and give control to Iraqi federal forces. But both PKK and the pro-Iranian Iraqi militias have undermined the deal by their continued presence in this strategic area. The international coalition’s strategy of defeating ISIS “by, with and through the locals” also makes for cooperation with YBS.

Still, Turkey thus knows that in its attacks on Sinjar it will also find possible allies. It hopes that its NATO ally, the United States, will appreciate pushing back of their pro-Iran adversary from this key area; while the KDP leadership will appreciate putting down of their PKK rivals. Considering that Turkey already occupies vast swathes of northern Syria, Turkish control of Sinjar would allow Ankara to split the land bridge between the PKK’s headquarters in Qandil and its bases in Sinjar which allows their forces and allies to swiftly move between Iraq and Syria.

Turkey’s moves come amidst intra-Kurdish talks in Syria held between the PKK-aligned Syrian Kurds, organized politically in the Democratic Union Party (PYD) and Kurdish National Council (KNC) which ideologically and politically support the KDP and whose flag is emblazoned with a portrait of KDP’s founder Mustafa Barzani. Since Turkey is allied with the KDP and KNC, its control of Sinjar can strengthen the bargaining position of the pro-Barzani side in the intra-Kurdish talks. This is vitally important for the latter, especially since, militarily speaking, the PYD currently holds all the cards. The KNC’s peshmerga force, named Roj, is known to be funded and supported by Turkey and they currently have positions on the Iraqi-Syrian border.

What has increased the reliance of the KRG’s government on Turkey is its continued budgetary conflict with Baghdad. Baghdad refuses to transfer its share of oil revenue to Erbil which has made it hard for the KRG to pay its employees. Of the five million people living in the KRG, at least 1.3 million are directly employed by the government and thus delaying payments to them breaks the back of the region’s economy. The KRG’s declining economic conditions have led to widespread protests against the KDP there since December.

In desperation, KRG has turned to Turkey, its neighbor to the north and currently its major economic lifeline. The Kurdistan region is home to much of Iraq’s oil which the KRG can sell to Turkey instead of handing to Baghdad, barring an agreement.

Thus, if the KRG’s economic reliance on Turkey is added to Ankara’s coming military presence in Sinjar, Iraq’s Kurdistan region will come under the increasing influence of Ankara. With the role of the KDP in Syria’s intra-Kurdish talks, added to Turkey’s dominant presence in other parts of northern Syria, the Rojava region will also come under Turkish control. Turkey will thus have two dependent Kurdish regions in Iraq and Syria, not unlike the Kurdish princedoms of southern Anatolia which were once vassals of the Ottoman Empire.

Controlling Sinjar will also give Turkey more access to Turkic-speaking Turkmen people of Iraq, who are present in a wide area of northern Iraq including Turkmen-majority cities such Tal Afar and Tuz Khurmatu.

But Erdogan might have overplayed his hands by the incursion into Sinjar. Many hurdles remain on this path.

First, the Turkish presence in Sinjar will threaten the United States’ use of the Faysh Khabur border crossing, near the Turkish-Iraqi-Syrian tri-border area. This border post is currently critical for the U.S. military’s support to the SDF, which will obviously be threatened if the area holds under Ankara’s sway.

Second, Erdogan’s domestic opponents in Turkey, even if they match his sentiments against the PKK and its allies, are unlikely to join his anti-HDP crusade as they know that the political benefits of such a drive would only go to one man: Erdogan himself. Ahead of Turkey’s general elections in 2023, no party wants to weaken its hand.

Third, despite their differences with the KDP, the PUK is still a major party in Iraqi Kurdistan and holds sway over the region’s second-biggest city, Slemani, not to mention its control of Iraq’s federal presidency. Given the current rift between PUK and Ankara, the party is likely to impede Ankara’s control over the region. For decades, the party has had close links to both Iran and the PKK. It was its founder, Jalal Talabani, who allowed Ocalan to move his base to Qandil in the 1990s. During Iraqi Kurdistan’s bitter civil war which raged from 1994 to 1996, the PUK had the backing of both Iran, its Iraqi Shia allies, and the PKK whereas, on the other side, Barzani’s KDP was joined by Turkey, Saddam Hussein, and Barzani’s sister party of Iranian Kurds.

Despite all the hurdles, the PKK’s obvious war crime of brutally executing its captives will give Turkey justification for some retaliatory action in the region. The Iran-backed attack on Erbil, part of Tehran’s continued attempt to dominate Iraq, will also translate to some parties favoring (or at least not opposing) Turkish intervention as a counterforce. Most importantly, Erbil might be tempted to use Turkish influence to strengthen its hand in negotiations with Baghdad. The PUK too might be persuaded to neutrality. While one of its leading figures, Aras Talabani (Jalal’s nephew) enjoys deep financial and political ties with the Islamic Revolutionary Guard Corps in Iran, its co-president, Lahur Talabani (Aras’s younger brother) is close to the United States and helped organize the U.S.-SDF alliance in Syria.